Minnesota Twins pitching coach Wes Johnson has informed the club he will leave his job this week, reportedly for the same role at LSU.

Johnson traveled with the team on Sunday night to Cleveland, where he will stay on for the five-game series that’s scheduled through Thursday, Twins spokesman Dustin Morse said.

Johnson has accepted the pitching coach position at LSU, according to a report by D1Baseball.com on Twitter .LSU spokesman Bill Franques said the Tigers plan to announce a new pitching coach Monday, though he did not identify the hire.

The Twins did not confirm Johnson’s destination. Further announcements from the club surrounding the staff change will come this week. The Athletic reported Johnson will receive a significant raise.

The midseason move by a key assistant from a first-place team was startling, but Johnson’s arrival in 2019 was also unusual. He was the first college pitching coach in four decades to jump directly to the major leagues when the Twins hired him from Arkansas, which was the national runner-up in the 2018 College World Series.

The 50-year-old Johnson spent nine seasons as a college pitching coach before the Twins plucked him with a keen eye on his background in biomechanics. He has a master’s degree in kinesiology.

Johnson, a native of Atlanta who has kept an offseason home in Fayetteville, Arkansas, also had stops at Mississippi State, Dallas Baptist and Central Arkansas. He was a high school coach prior to entering the college ranks. 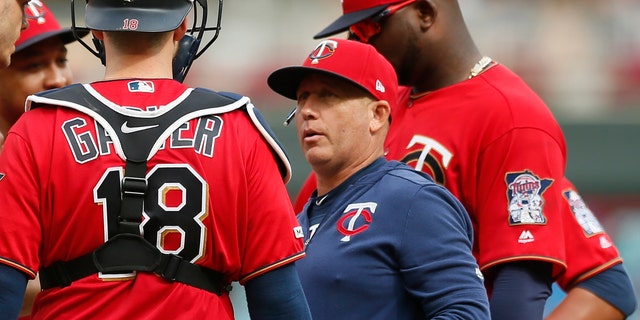 Johnson presided over pitching staffs for division champion teams in his first two years, and the Twins have returned to the top of the AL Central this season. They lead the Guardians by two games, entering their key series this week. Minnesota has a 3.78 team ERA, which ranks 11th in the majors. The Twins ranked 26th in ERA last year, fourth in 2020 and ninth in 2019 while Johnson was in charge of the staff.

“Wes is one of my biggest advocates,” Archer said after the 6-0 win at Target Field. “We do a lot of work, mental and physical, in between starts.”

LSU has been a longtime power in college baseball. The Tigers are one of only three schools that have won six national championships, all of which were accumulated between 1991 and 2009. They’ve made the College World Series 18 times, most recently in 2017.

Coach Jay Johnson just finished his first season at LSU, which went 40-22 and was eliminated by Southern Mississippi in the final game of their NCAA regional, and is already losing two members of his staff to promotions elsewhere.