Authorities in Missouri have identified the individuals who died in the June 27 Amtrak train derailment.

In a tweet on Wednesday, the Missouri State Highway Patrol revealed that Rochelle Cook, 58; Kim Holsapple, 56; and Binh Pham, 82, all died after a Chicago-bound Amtrak train derailed on Monday near Mendon, Missouri just before 12:45 p.m.

The train derailed after hitting a dump truck in the rural Missouri town. The driver of the dump truck, Billy Barton II, also died, according to authorities.

A total of 243 passengers and 12 crew members were onboard the train when the incident happened, according to an Amtrak spokesperson. 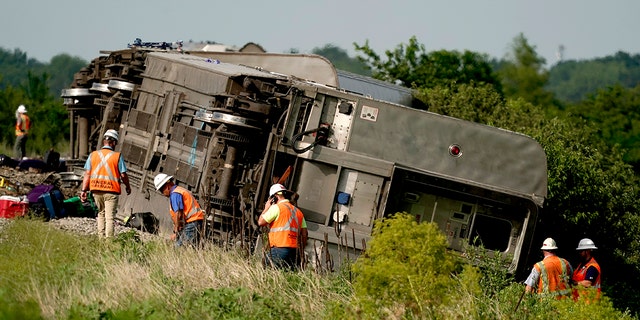 According to Fox Kansas City, at least 50 people were injured as a result of the derailment.

Amanda Diehl Drinkhard, a passenger on the Amtrak train, told Fox News that her car fell off the rail and she could see a cloud of dirt. 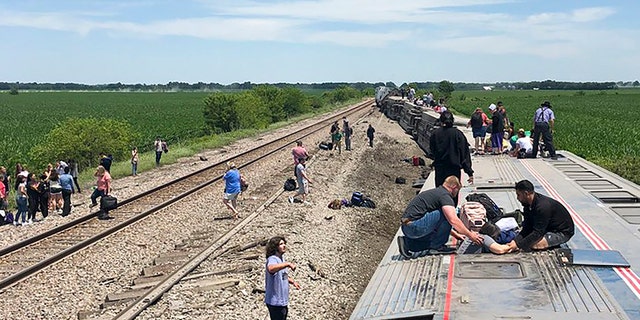 In this photo provided by Dax McDonald, an Amtrak passenger train lies on its side after derailing near Mendon, Mo., on Monday, June 27, 2022. The Southwest Chief, traveling from Los Angeles to Chicago, was carrying about 243 passengers when it collided with a dump truck near Mendon, Amtrak spokeswoman Kimberly Woods said. (Dax McDonald via AP)

“We heard a big crash and then a big cloud of dirt with a horrible burning oil smell, Drinkhard said. “In slow motion the car fell off the rail to the right side. People from across the aisle were falling on top of us. Everyone stayed relatively calm and we managed to push everyone out the top through a broken out window. There were helpful people waiting at the bottom to help down from the car.”

The National Transportation Safety Board (NTSB) tweeted on Monday evening that it is launching a team to investigate the derailment.