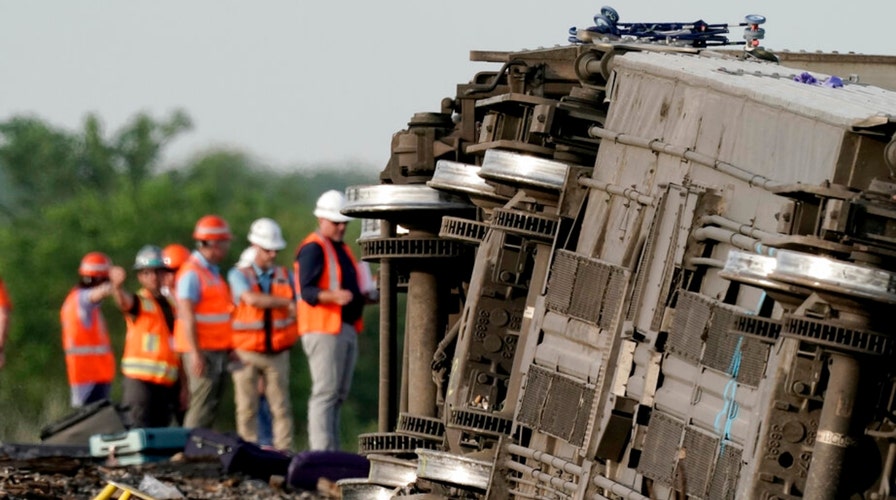 Investigators with the National Transportation Safety Board (NTSB) are focusing their attention on the crossing where an Amtrak train in Missouri struck a dump truck before the locomotive flipped onto its side, killing four people and injuring many more.

In the coming days, they will download information on the speed of the train, when the engineer blew the horn, the brakes and camera footage, NTSB Chair Jennifer Homendy told reporters Tuesday.

The derailment occurred just before 12:45 p.m. near Mendon on an Amtrak Southwest Chief traveling to Chicago from Los Angeles. A dump truck was transporting material to a nearby Army Corps of Engineers project and was struck in the back by the train, which comprised two locomotives, six coach cars and separate cars for a cafe and baggage.

Homendy noted that the “passive” crossing where the incident occurred had a stop sign but no gates, bells and warning lights like an “active” crossing would have. About half of all crossings nationwide as considered passive crossings, she said.

Over the years, the NTSB has issued recommendations on the closure of certain crossings or making those not separated or consolidated into active crossings, Homendy said. In 1998, the agency made recommendations about technology that could alert drivers of the presence of a train when approaching a grade crossing.

“We still don’t see action on that. It’s been 24 years and that recommendation is still as important today as it was in 1998,” she said. “Anytime our recommendations aren’t heeded, of course I’m upset.”

Upgrading the crossing where the incident occurred would cost about $400,000, Homendy said, citing information from the Missouri Department of Transportation. 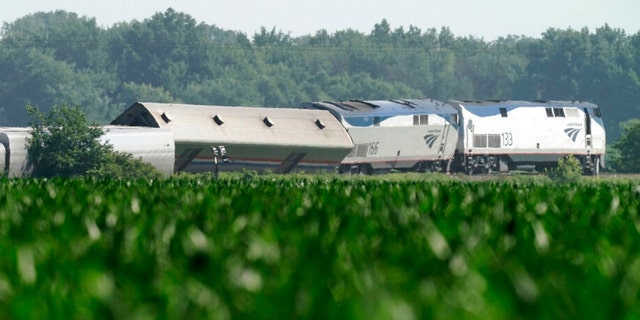 A derailed Amtrak train is seen beyond a corn field Tuesday, June 28, 2022, near Mendon, Mo.  The train derailed after hitting a dump truck Monday killing the truck driver and other people on the train and injuring several dozen other passengers on the Chicago-bound train.  ((AP Photo/Charlie Riedel))

“I love to ride Amtrak,” she said. “It’s so sad when a life is lost as a result of traveling a way that you love.”

Homendy noted that two Wisconsin-based Boy Scout troops that were on the train assisted passengers after the derailment in getting them to safety.