The Montana National Guard has hoisted 12 people to safety since Monday after they were stranded in unprecedented floodwaters that washed out homes, roadways and bridges.

The first helicopter rescued two people in Roscoe, Montana, and two more in Fromberg, officials said. At least 200 homes were flooded in Red Lodge and the town of Fromberg.

The second helicopter recovered eight people in Cooke City, the Guard said. The towns of Cooke City and Silvergate, just east of Yellowstone National Park, were also isolated by floodwaters, which also made drinking water unsafe.

PARTS OF YELLOWSTONE COULD REMAIN CLOSED FOR ‘SUBSTANTIAL LENGTH’ AFTER FLOODING

Two additional helicopters were dispatched to Billings, where they joined the other Guard helicopters for potential follow-up missions to what it called “significant” flooding. 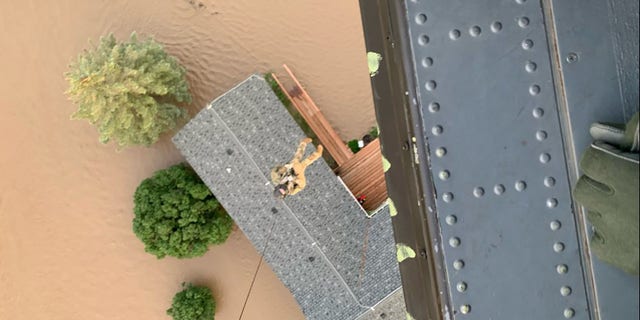 On Tuesday, Guard members assisted with another search and rescue near East Rosebud Lake, where KTVQ-TV reported that around 60 people were stranded after floodwaters washed away part of the road to the lake. 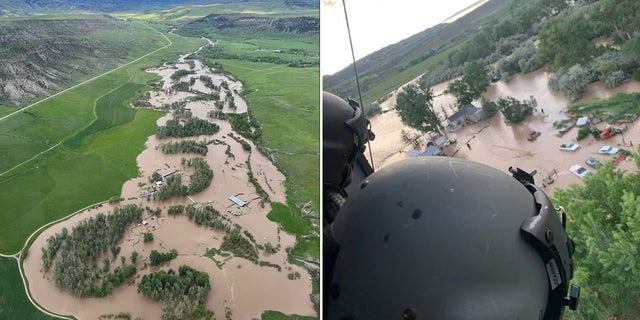 Days of rain and rapid snowmelt wrought havoc across parts of southern Montana and northern Wyoming, where flooding washed away cabins, swamped small towns and knocked out power.

The historic flooding drove more than 10,000 visitors out of Yellowstone National Park and damaged hundreds of homes in nearby communities, though remarkably no one was reported hurt or killed. 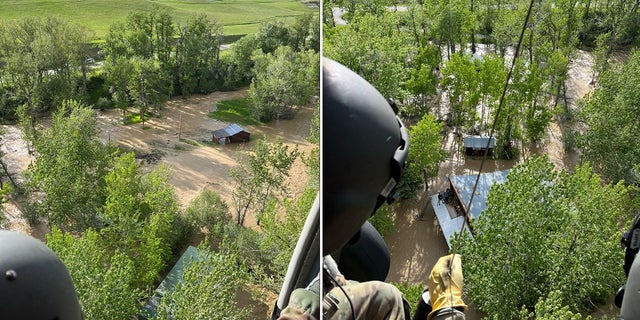 The park could remain closed as long as a week, and northern entrances may not reopen this summer, Superintendent Cam Sholly said.