A daddy-daughter date turned into a parent’s worst nightmare after a 15-year-old girl went to the bathroom during a Dallas Mavericks game but never came back.

“Taken: A Nancy Grace Investigation,” now streaming on FOX Nation, looks at the chilling sex trafficking industry and shares the heartbreaking story of a 15-year-old girl taken in plain sight.

The teen and her father were attending a Dallas Mavericks game in April at the American Airlines Center. During the game, the girl went to the restroom where she was abducted. What was supposed to be a bathroom break became a 10-day search from hell.

“This teen girl goes with her dad to the Mavericks game. Around halftime, she gets up and goes to the bathroom. Can you imagine? You’re sitting there looking at the clock up in the middle of the arena, and you realize she doesn’t come back,” Grace said on “Fox & Friends Weekend.” 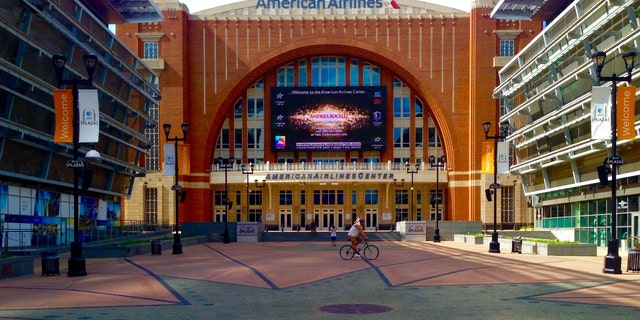 Oklahoma City authorities have arrested and charged eight individuals after a 15-year-old Texas girl was allegedly trafficked from a Dallas Mavericks game at the American Airlines Center (AAC) game on April 8.  (Getty Images )

The father notified authorities in the arena and the Dallas police, however, it was the Texas Counter-Trafficking Initiative, a non-profit organization dedicated to tackling sex trafficking in Texas, that helped track down the missing girl.

Representatives from the nonprofit and from Crime Stoppers Houston joined Grace to detail the rigorous efforts it took to crack the case.

The Texas teen was eventually found at an Extended Stay America in Oklahoma City in a room with a registered sex offender.

With the help of the Oklahoma City police, authorities brought her safely home to her family and arrested eight individuals suspected in the trafficking ring.

“Taken: A Nancy Grace Investigation” details the horror many men, women and children face when forced into the trafficking industry. This FOX Nation exclusive documentary spotlights one story out of thousands that had a happy ending despite the immense fear and suffering. 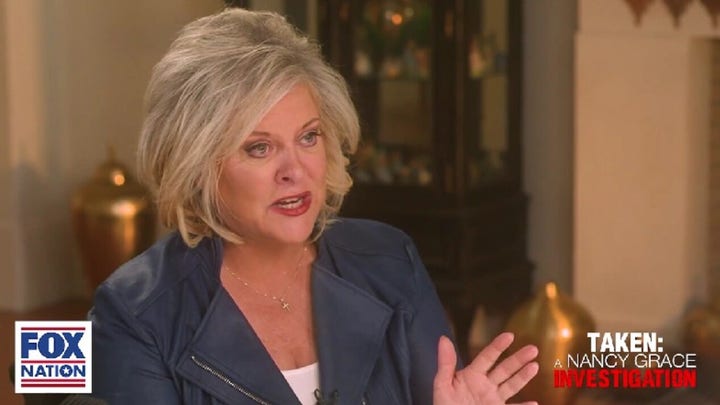 Sign up for FOX Nation today to watch “Taken: A Nancy Grace Investigation.”