Gov. David Ige on Monday appointed several people, including some prominent Native Hawaiian activists, to a new board charged with managing Mauna Kea summit lands underneath some of the world’s most advanced astronomical observatories.

Two of the eight appointees — Lanakila Mangauil and Noe Noe Wong-Wilson — were leaders of 2019 protests that brought a halt to the construction of the Thirty Meter Telescope, the latest observatory proposed for the mountain on Hawaii’s Big Island.

Many Native Hawaiians consider the summit sacred, and protesters objected to building yet another telescope there. The summit currently hosts about a dozen telescopes built since the late 1960s.

Responding to the protests, the state created the Mauna Kea Stewardship and Oversight Authority this year with a new law that says Mauna Kea must be protected for future generations and that science must be balanced with culture and the environment. Native Hawaiian cultural experts will have voting seats on the governing body, instead of merely advising the summit’s managers as they do now. 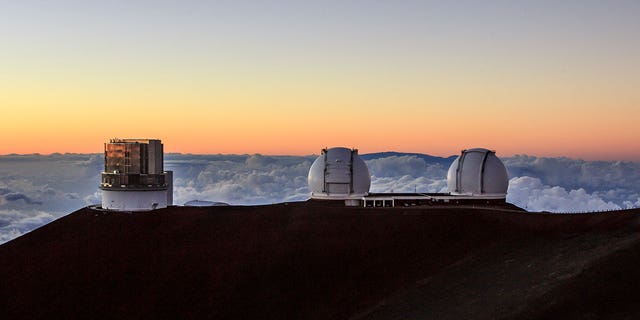 Hawaii’s governor has appointed native activists to manage sacred summit Mauna Kea, where some of the world’s most advanced telescopes were built amid controversy.  (Julie Thurston/Getty Images)

The eight nominations must be confirmed by the state Senate.

The authority will have 11 voting members. The other three are representatives of the Board of Land and Natural Resources, the University of Hawaii Board of Regents and Hawaii County’s mayor.

Ige thanked the nominees for being willing to serve on the authority.

“Through this new stewardship model, I believe we can find a way for science and culture to coexist on Mauna Kea in a mutually beneficial way,” Ige said in a statement.

Also appointed is Kamanamaikalani Beamer, a University of Hawaii professor and former commissioner of the Hawaii State Water Resource Management Commission. He was named for his expertise in Hawaii Island land resource management.

Matsuda, Wong-Wilson and Mangauil all served on a working group formed by the House of Representatives to develop recommendations for managing the mountain. The working group’s report created the foundation for the new law.