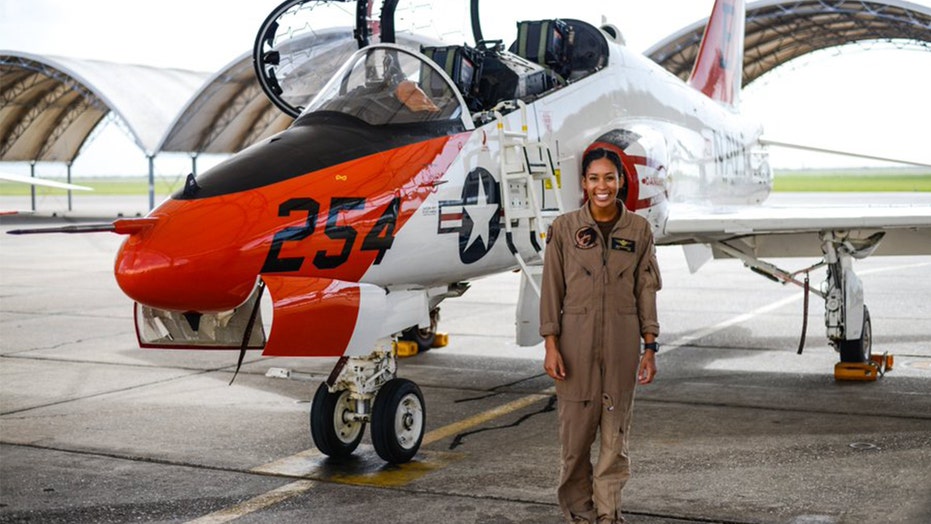 The Navy's first Black female tactical air pilot earned her Wings of Gold Friday in a graduation ceremony at the Naval Air Station in Kingsville, Texas.

Lt. j.g. Madeline Swegle's historic achievement comes even as the Navy faced training challenges due to the coronavirus pandemic. 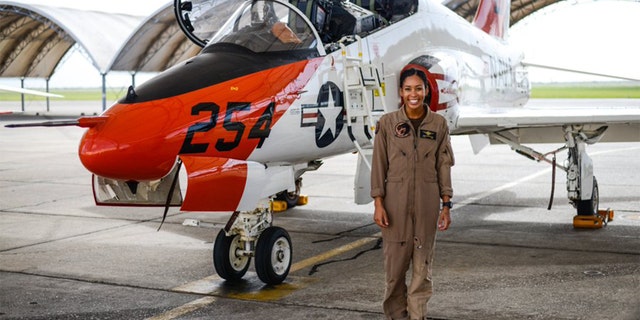 “I’m excited to have this opportunity to work harder and fly high performance jet aircraft in the fleet,” Swegle said. “It would’ve been nice to see someone who looked like me in this role; I never intended to be the first. I hope it’s encouraging to other people.”

Despite the small ceremony, Swegle and 25 other classmates represent the largest graduating class of strike aviators in almost a decade, the Navy said.

Swegle, a Virginia native who graduated the U.S. Naval Academy in 2017, will now be assigned to the Redhawks of Training Squadron 21 based out of Texas. 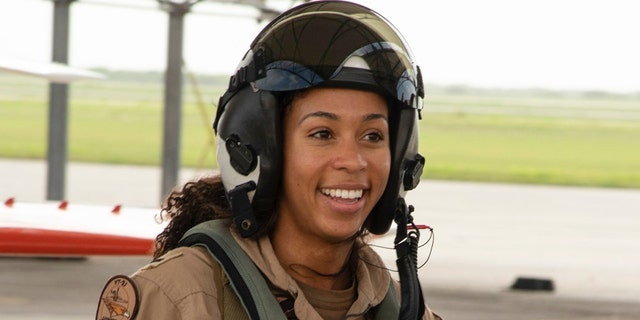 Swegle, a Virginia native who graduated the U.S. Naval Academy in 2017, will now be assigned to the Redhawks of Training Squadron 21 based out of Texas. (U.S. Navy)

“Lt. j.g. Swegle has proven to be a courageous trailblazer,” Commander, Naval Air Forces Vice Adm. DeWolfe “Bullet” Miller III said. “She has joined a select group of people who earned Wings of Gold and answered the call to defend our nation from the air. The diversity of that group—with differences in background, skill and thought—makes us a stronger fighting force.”

Swegle follows in the footsteps of several other monumental women in the Navy, including Brenda E. Robinson, the Navy’s first African American female naval aviator to earn her wings in1980 and was the 42nd woman to be designated a naval aviator.