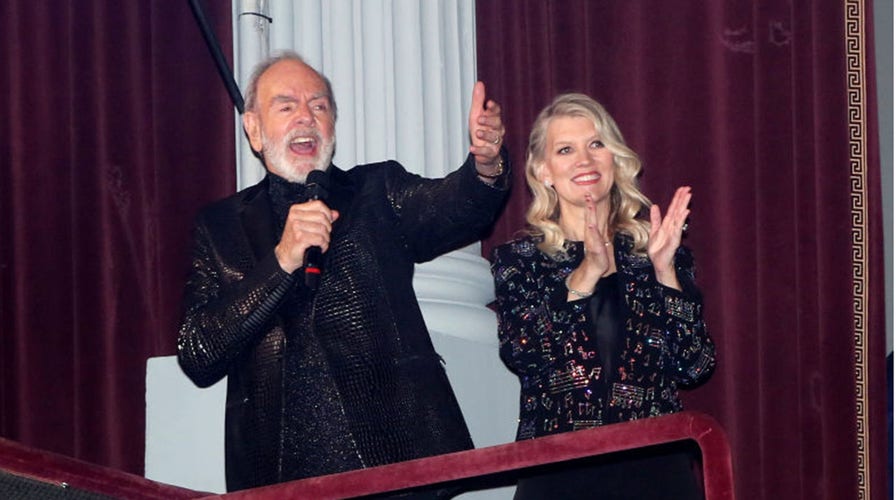 Neil Diamond surprised the crowd at the opening night of “A Beautiful Noise, The Neil Diamond Musical” with an impromptu performance of “Sweet Caroline.”

The 81-year-old music icon led theatergoers in a singalong of his 1969 megahit during curtain call at the Broadhurst Theatre in New York City on Sunday night.

“I don’t know who needs to hear this but Neil Diamond, who retired from performing five years ago because of Parkinsons, just had a Broadway show of him open and it at the opening night he did this,” a social media user tweeted along with a clip of Diamond’s performance at the show.

In the clip, the Grammy Award winner held a microphone as he stood in a box seat alongside his wife Katie McNeil. 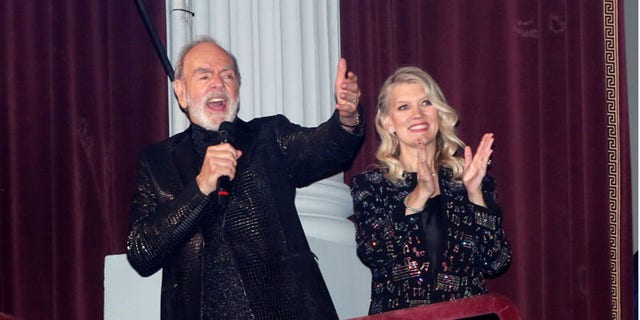 Neil Diamond gives a surprise performance of "Sweet Caroline" on the opening night of "A Beautiful Noise, The Neil Diamond Musical" on Sunday.
(Bruce Glikas/WireImage)

The audience erupted in cheers and applause as Diamond began singing the classic tune with the crowd joining in for the famous chorus.

The New York City native’s last hometown performance was on New Year’s Eve in Times Square at the end of 2017. Three weeks later, the pop legend announced he was retiring from touring after being diagnosed with Parkinson’s disease.

A post shared by A Beautiful Noise Musical (@abeautifulnoisemusical)

Written by Anthony McCarten and produced by Ken Davenport and Bob Gaudio, “A Beautiful Noise” is based on Diamond’s life and musical career.

Diamond and McNeil walked the red carpet ahead of the show’s opening night and were met with a standing ovation when they entered the theater.

The couple met with members of the cast, crew and creative team backstage, including director Michael Mayer; Will Swenson and Marc Jacoby, who both play Diamond; Robyn Hurder, who portrays Diamond’s second wife, Marcia Murphey; and Linda Powell, who plays the doctor. 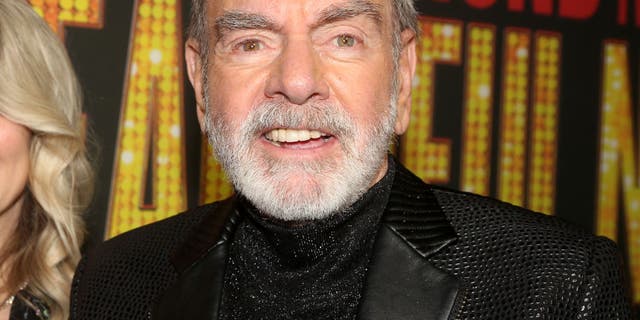 Written by Anthony McCarten and produced by Ken Davenport and Bob Gaudio, "A Beautiful Noise" is based on Neil Diamond’s life and musical career.
(Bruce Glikas/WireImage)

Diamond revealed that he was retiring in January 2018, just a few days before his 77th birthday. The singer-songwriter also announced that concert dates for the final leg of his 50th anniversary world tour were canceled.

“It is with great reluctance and disappointment that I announce my retirement from concert touring,” he wrote in a statement shared on his official website.

“I have been so honored to bring my shows to the public for the past 50 years. My sincerest apologies to everyone who purchased tickets and were planning to come to the upcoming shows. 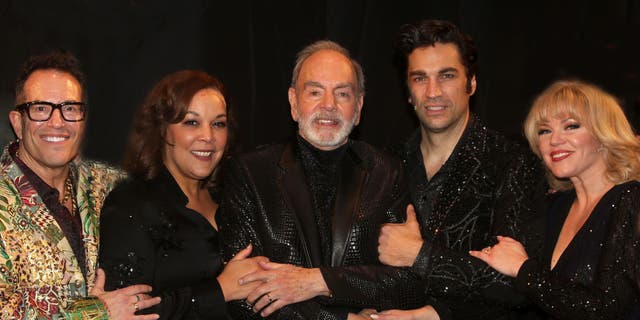 “I plan to remain active in writing, recording and other projects for a long time to come. My thanks goes out to my loyal and devoted audiences around the world. You will always have my appreciation for your support and encouragement. This ride has been ‘so good, so good, so good’ thanks to you.”

The “I’m a Believer” hitmaker has made few public appearances since announcing his retirement. However, he joined Swenson for a performance of “Sweet Caroline” in June during a Boston Red Sox game at Fenway Park in Boston.