The Brooklyn Nets suspended Kyrie Irving without pay for “no less than five games” after he failed to adequately apologize for tweeting a link to a movie that contained antisemitic disinformation.

The Nets made the announcement on Thursday night.

“Over the last several days, we have made repeated attempts to work with Kyrie Irving to help him understand the harm and danger of his words and actions, which began with him publicizing a film containing deeply disturbing antisemitic hate. We believed that taking the path of education in this challenging situation would be the right one and thought that we had made progress with our joint commitment to eradicating hate and intolerance,” the team said in a statement. 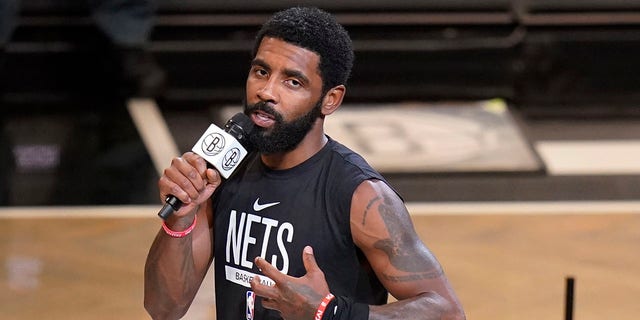 “We were dismayed today, when given an opportunity in a media session, that Kyrie refused to unequivocally say he has no antisemitic beliefs, nor acknowledge specific hateful material in the film. This was not the first time he had the opportunity — but failed — to clarify.

“Such failure to disavow antisemitism when given a clear opportunity to do so is deeply disturbing, is against the values of our organization, and constitutes conduct detrimental to the team. Accordingly, we are of the view that he is currently unfit to be associated with the Brooklyn Nets. We have decided that Kyrie will serve a suspension without pay until he satisfies a series of objective remedial measures that address the harmful impact of his conduct and the suspension period served is no less than five games.”

The decision to suspend Irving came nearly a week after he posted a link to the film “Hebrews to Negroes: Wake Up Black America.” The movie description on Amazon says the film “uncovers the true identity of the Children of Israel by proving the true ethnicity of Abraham, Ishmael, Isaac, Jacob, the Sons of Ham, Shem and Japheth. Find out whatIslam, Judaism and Christianityhas covered up for centuries in regards to the true biblical identity of the so-called ‘Negro’ in this movie packed with tons of research.” 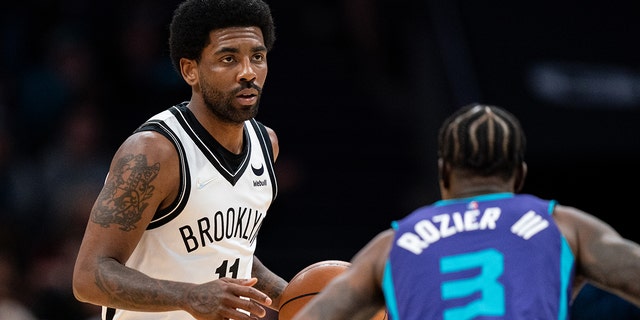 Kyrie Irving of the Brooklyn Nets brings the ball up court against the Charlotte Hornets at Spectrum Center on March 8, 2022, in Charlotte, North Carolina.
(Jacob Kupferman/Getty Images)

On Wednesday, Irving and the Nets each announced a donation of $500,000 to fight hate of all kinds in a joint statement with the Anti-Defamation League (ADL). Irving released a statement saying he “meant no harm” by posting a link to the film on social media.

“I oppose all forms of hatred and oppression and stand strong with communities that are marginalized and impacted every day,” Irving said. “I am aware of the negative impact of my post towards the Jewish community, and I take responsibility.

Earlier Thursday, NBA Commissioner Adam Silver blasted Irving and said he would meet with him next week.

“Kyrie Irving made a reckless decision to post a link to a film containing deeply offensive antisemitic material,” Silver said. “While we appreciate the fact that he agreed towork with the Brooklyn Netsand the Anti-Defamation League to combat antisemitism and other forms of discrimination, I am disappointed that he has not offered an unqualified apology and more specifically denounced the vile and harmful content contained in the film he chose to publicize.”

Irving had another chance to unequivocally disavow the movie and make his stances clear when he spoke to the media Thursday. He was asked twice whether he holds antisemitic beliefs and answered the question the same way, according to the New York Post. 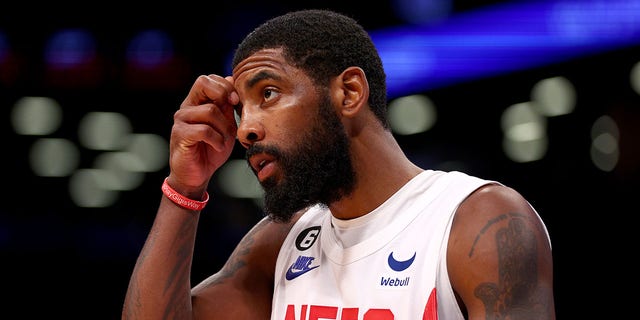 Kyrie Irving was asked twice Thursday, Nov. 3, 2022, whether he holds antisemitic beliefs and answered the question the same way, according to the New York Post.
(Elsa/Getty Images)

“I cannot be antisemitic if I know where I come from,” he said.

Irving was asked whether he believed the Holocaust happened.

“It’s not that I don’t believe in the Holocaust, I never said that,” he said. “Never, ever have said it. It’s not come out of my mouth. I never tweeted it, I never liked anything like it. So the Holocaust in itself is an event that means something to a large group of people that suffered something that could have been avoided.”