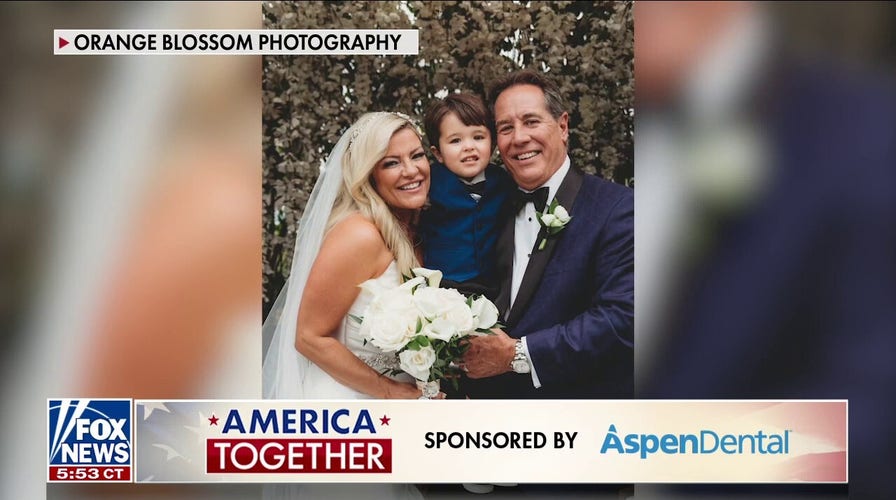 Toddler ring bearer steals the show at his parents’ wedding

Flames ripped through a part of the downtown in Holly, Michigan, early last this week and destroyed or damaged several small businesses — sending scores of people scrambling and a major response by multiple fire departments to the scene.

Among the businesses damaged in the fire was the Historic Holly Hotel, a favorite downtown restaurant and popular wedding venue that is listed on the National Register of Historic Places of the United States, according to the hotel’s website.

As a result of the unfortunate fire, many brides-to-be have been rushing to make alternate arrangements for their long-planned weddings this summer.

In a message on their website, the Holly Hotel’s owners expressed gratitude to the multiple fire departments who responded to the scene. “If you know us, you realize that we will immediately move forward with the coordination of the plans to renovate and restore the Hotel,” the owners also say on their website. 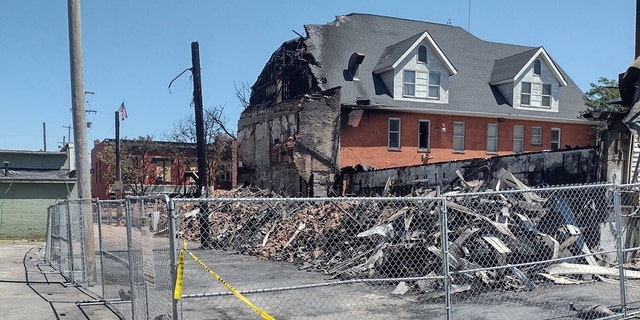 Major damage at the Historic Holly Hotel after a recent fire in Holly, Michigan.  (Kyle Boggemes)

“As you can imagine, this will be a monumental project and we are confident that we will succeed with this task.” Fox News Digital reached out to the hotel for comment.

The backside of the hotel was burned to the ground.

Brides with upcoming dates booked at the Holly Hotel felt nothing less than panic. Katie Boggemes, whose wedding was set to take place four days after the fire, was among them.

The Waterford-based elementary school reading specialist told Fox News Digital that her initial reaction to the fire was pure “shock.”

“I can’t believe this is happening right at this exact moment,” she said. “And what next? What do we do now?”

The planning process for Boggemes’ wedding took over a year, but she said it was immediately clear the Holly Hotel was the one and only venue for her special day.

“It just had everything right,” she said. “It’s beautiful.”

In the bride’s moment of desperation, neighboring venue The Holly Vault Collection came to her rescue.

The Holly business offered the couple their Venue One Eleven space and matched the Holly Hotel’s price.

“They came to our rescue,” she said. “They were very gracious to accommodate our budget. It was always very important to my now-husband and I that we were to pay for our own wedding.”

Katie and Kyle Boggemes celebrated their dream wedding at the Holly Vault venue this past Saturday. 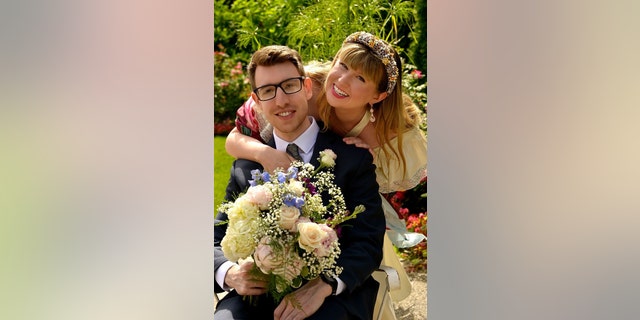 Katie and Kyle Boggemes on their wedding day at Venue One Eleven in Holly, Michigan, on June 25, 2022.  (Katie Boggemes)

The bride thanked wedding coordinator Alisa Sherwood, who did a “phenomenal job” of replicating the original Holly Hotel wedding vision.

“It was incredible,” she said. “[Sherwood] almost transposed my exact wedding that was going to take place at the Holly Hotel into one of their beautiful spaces.”

Katie Boggemes described how the Holly community has been like a “big family coming together” in picking up the pieces after the fire. 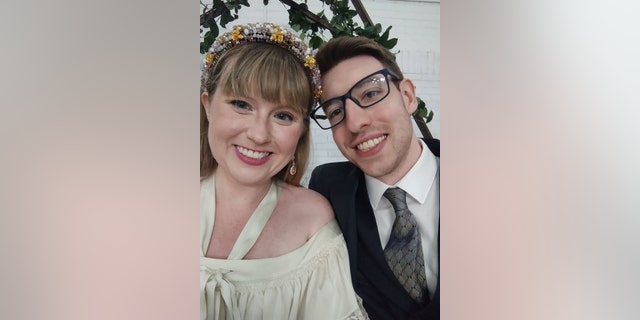 Newlyweds Katie and Kyle Boggemes snap a selfie on their wedding day in Holly, Mich., on June 25, 2022.  (Katie Boggemes)

“I got really lucky with what happened,” she said. “But it’s a shock when you go downtown because it’s like a big chunk of the heart is missing — but the people are the heart of the town, in reality.”

“They are doing their best to pick up and rally together. They’re going to rebuild, and it should be as it was before, if not better.”

In a phone interview with Fox News Digital, The Holly Vault Collection owner Cari Cucksey shared the same hope to rebuild “Holly Strong” and noted that the elevated togetherness may be a “silver lining.” 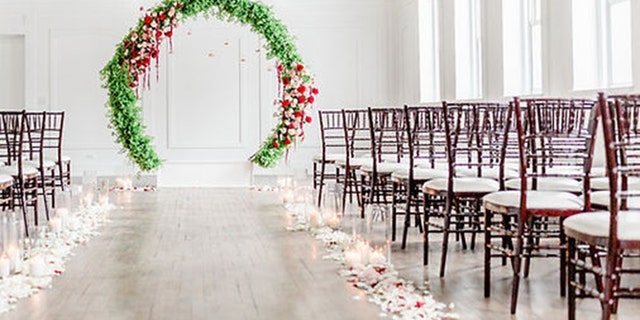 “We need to unite as a community,” she said.

“Come together, stand united to help us put the pieces back together.”

She said she hopes “there’s going to be some great unity and just happiness that comes with this in terms of bringing people back together.”

Cucksey, who worked as a bus girl at the Holly Hotel at 16 years old, emphasized how “iconic” the establishment is to the Holly community.

The Vault owner and her husband have given their best efforts to accommodate couples who lost their original wedding venue to the downtown fire.

“It’s been busy and non-stop, but happy to help them out and put it together if we can,” she said.

Other Holly businesses including Andy’s Place Bar and Grill and the Battle Alley Arcade Antiques Mall also took the brunt of major fire damage, according to Fox 2 Detroit.

Officials believe old wood at the back of the mall mixed with high winds and a hot day may have sparked the fire.

Katie Boggemes received an email update on Monday from the Holly Hotel detailing that there’s no timeline for reopening — but that they’re “actively working to rebuild.”

The hotel’s owners have written on their website, “For 43 years, thousands of events and more than three million guests, we have always known that what makes the Holly Hotel special is not just the food, service, ambiance and hospitality we provide but the support, love and laughter of our guests who filled this grand building. With grace, grit and our amazing family of staff, we will do it again.”

The owners signed their message to their community, friends and supporters by saying they are “always in your service.”