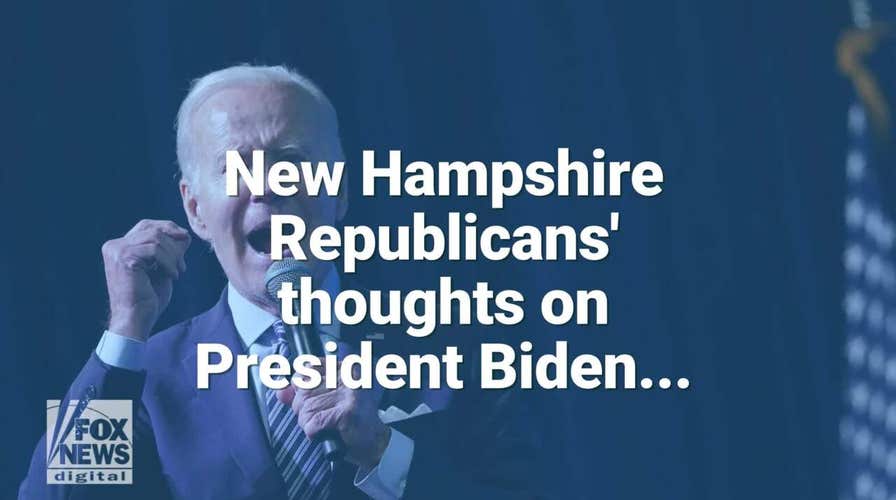 As New Hampshire voters head to the polls Tuesday for the state’s primary elections, Nashua Republicans sounded off on crucial issues that could affect the midterms and beyond.

Nashua, the state’s second-largest city, is in New Hampshire’s 2nd congressional district, which is currently represented by Democrat Annie Kuster in the U.S. House, with several Republicans vying to challenge her. Former governor and first-term Democratic Sen. Maggie Hassan is also up for re-election this year in a seat Republicans hope to flip in November.

Seven voters with the Nashua Republican City Committee spoke with Fox News Digital about what they think of the job President Biden is doing, how the issue of abortion could affect the midterms and their reaction to the administration’s proposed student loan handouts. 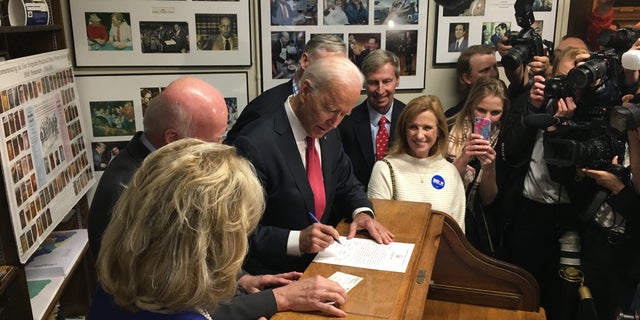 Joe Biden files to place his name on New Hampshire’s first-in-the-nation presidential primary, at the Statehouse in Concord, NH on Nov. 8, 2019

New Hampshire is famously home to the nation’s first presidential primaries every four years and the state is already buzzing with 2024 GOP hopefuls. Biden came in fifth in the Democratic presidential primary in the Granite State in 2020, but he recovered to capture the party’s nomination and defeated former President Trump there; no Republican presidential hopeful has won New Hampshire since George W. Bush in 2000.

Unsurprisingly, all seven Nashua Republicans were highly critical of Biden, with several expressing concern over his mental acuity.

“I think Joe Biden has been a total failure,” said Chuck Lothrop.

“Yes. Total failure,” Di Lothrop, born in England, agreed with her husband. “The poor man, I think, he’s definitely got cognitive failure.” She said that in Europe “they are laughing.”

“I think that the poor man is so disabled,” said Pat Miller. “What they’re doing to him is absolutely atrocious. He has, I believe, a disease, and they’re trotting him out. And I feel bad for him. I really, really do. I think it’s elder abuse.”

Bill Ohm, wearing a “Let’s Go Brandon” cap, similarly felt Biden’s aides were pushing him to go through the motions.

“He is not up to the job. I think it’s pretty clear that he’s diminished mentally,” Ohm said. “He’s been run by his aides, and he just tries to read a teleprompter as best he can, which is not very well. I kind of feel sorry for the guy, but it’s worse for the country.” 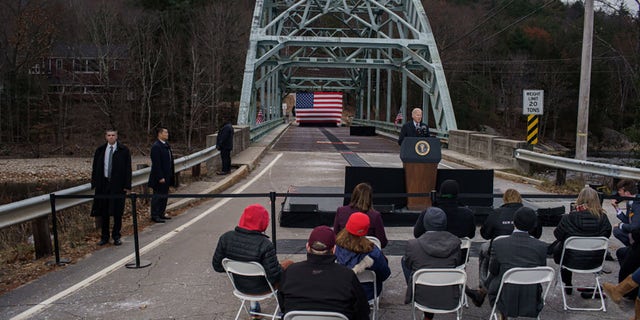 “His policies have been absolutely horrible for this country,” Di Lothrop said.

“I think President Biden is perhaps the most divisive president of my lifetime. And he ran as a unifier, but he has done nothing but try to demonize groups of people,” Kevin Scully said, mentioning Trump supporters and the unvaccinated as among those demonized and saying anyone who opposes Biden is labeled as a domestic terrorist. “I think it’s frightening and awful.”

Ohm predicted, “I think it’s better than 50-50 that next year he will resign for health reasons, and then we’ll have Kamala Harris to deal with, and we’ll see where that takes us.”

Despite recent media insistence that abortion is top of mind for voters – with NBC News Washington correspondent Yamiche Alcindor claiming Republican women are voting Democratic for the first time because of the Supreme Court overturning Roe v. Wade – the pro-life group didn’t seem to think the issue would play a big part of the midterms.

Di said that while it may be an emotional issue, she doesn’t think that’s enough for a significant majority of the general population to not vote Republican over abortion.

Pat said, “For me and the right to life people, it is a big issue. For the rest of the Americans, I’m not sure how important that would be, but there’s enough of us [pro-lifers] out there to make a difference, I think.”

Her husband said they are “pro-life through and through” and would be asking every candidate their position on abortion.

There was a general feeling that Democrats were trying to make hay of the issue for electoral reasons. Ohm said, “I think it’s a big issue for the Democrats, so they try to make a lot out of it, and I think that’s just for fundraising purposes.” 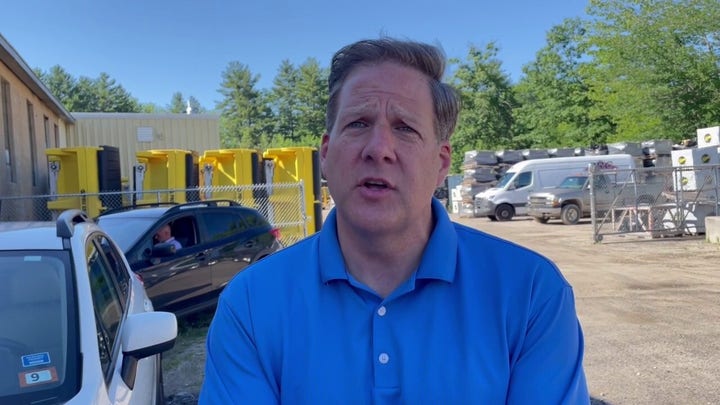 Larry Miller noted abortion recently rose as a top issue in polling over the summer and said, “[Democrats] are putting out information through all the news media and social media to push [abortion as] the main issue during the election.”

All respondents agreed with the Dobbs decision and noted how it didn’t change much except for giving states more say.

“It got sent back to the states where it really should be,” Johnson said. “That’s all it did. Abortion is still legal in a lot of states.”

Chuck Lothrop said, “I think it was a good decision by the court bringing the decision about abortion back to the states so that states can decide their position through their local representatives.”

“What the Dobbs decision did, really, was return the decision to the states where it was originally and where it belongs,” Scully said. “And so I don’t consider this a national issue at all. It’s a state issue. And the people in the states can make their own decision.”

Both Hassan and Kuster support Biden’s plan for student loan handouts, which could cost taxpayers up to $600 billion according to the Committee for a Responsible Budget, but New Hampshire’s other congressman, Democratic Rep. Chris Pappas in District 1, has spoken out against it.

When asked what they thought about student loan handouts, Nashua Republicans were united in anger and disgust.

“I think President Biden is making all the people who did the right things and sacrificed and repaid their loans feel like suckers,” Scully said. “It is one of the most unfair things I think I’ve seen in quite some time.” 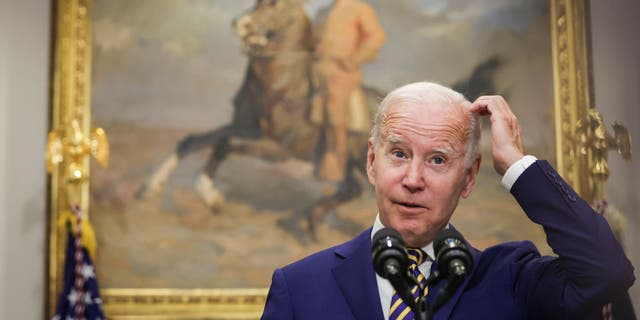 U.S. President Joe Biden speaks on student loan debt in the Roosevelt Room of the White House August 24, 2022 in Washington, DC. President Biden announced steps to forgive $10,000 in student loan debt for borrowers who make less than $125,000 per year and cap payments at 5 percent of monthly income.  (Alex Wong/Getty Images)

Pat Miller said after she and her husband paid for themselves and their kids to go to college, “I don’t need to pay for somebody else to go to college… I am absolutely surprised that people think that I should pay for their child or grandchild’s college. Sorry about that, but no.”

Di Lothrop called Biden’s plan “terrible” and asked, “How can students learn personal responsibility if they’re just handed freebies? They don’t. They took out a loan. They should pay it back. Why should I do it? I’m a senior citizen.”

She said the burden on taxpayers is “very unfair – very, very unfair to, especially, the senior population.”

STUDENT LOAN HANDOUT REACTION: PEOPLE ‘ARE GETTING REWARDED FOR DOING THE LEAST AMOUNT’

Chuck Lothrop echoed his wife’s comments about the handouts being “unfair” and said, “I believe that if you sign a contract, then you’re obligated to pay what the contract requires.” He further noted how it “is a financial transfer of wealth to a minority of people in the country.”

Several in the group pointed out how the majority of Americans who do not have college degrees will be funding handouts to college graduates who on average make significantly more money. 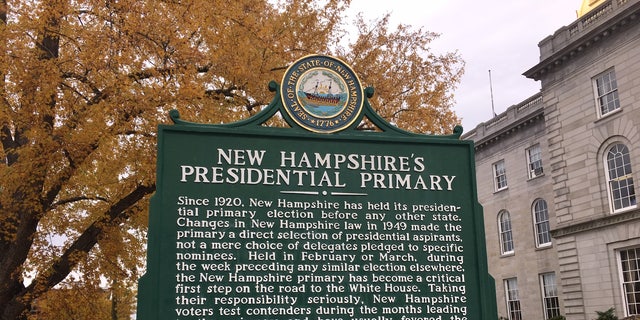 Ohm called the handouts “horrible,” explaining, “If you’re a working person, if you’ve got an apprentice[ship] that you’ve worked hard for, taking a lower wage to learn your trade. If you’re an independent businessman, why do you want to subsidize these wealthy kids who are getting PhDs on questionable topics and consequently have a huge debt?”

Scully also brought up the workers who are losing out, asking, “How do you explain to somebody who didn’t go to college, who’s working on a road crew [on] a 95 degree day laying hot tar to keep our roads in good shape? How do you explain to them why they should be paying back the student loans to somebody who took six years to defer a productive adulthood in order to pursue a degree in gender studies?”

The Republicans were also quick to note that there are alternatives to taking on exorbitant college debt and better ways to address the problem.

“If you can’t afford to go to school and spend $300,000 for your college education, then you shouldn’t do it,” Johnson said. “It’s sad that colleges cost so much, but rather than paying for student loans, maybe we should reform it and lower the costs for students to go to college. Or maybe they should go to a technical school.”

Pat Miller said, “I think the problem with student loans is they charge an arm and a leg. Why don’t you take the interest down to 1% instead of whatever it is now?” 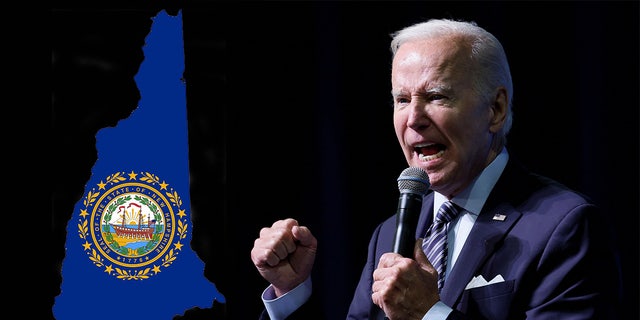 There was also worry about how the spending will affect inflation and contribute to the national debt future generations will have to pay off.

“We have inflation going on now like a bonfire, and we’re going to throw $600 billion on top of it,” Larry Miller added. “I mean, we just got the Inflation Reduction Act, which, you know, is an Inflation Act. We are deficit spending to the hilt.”

“I really pity our grandchildren and the children who come after that. They’re going to look back at us and say, ‘What the devil did you do to us?’” he concluded.

Alexa Moutevelis is an Editor at Fox News. Follow her @AlexaShrugged.