Matthew Chiles, 29, is charged with killing the girl — one of his girlfriend’s two twin 5-year-old daughters — in 2019 when she was just a toddler.

The Edison, New Jersey, Division of Child Protection and Permanency (DCP&P) contacted the Edison Police Department on July 26 to conduct a welfare check on Durham’s girls, and after speaking to the mother, local law enforcement and the Middlesex County Prosecutor’s Office began a joint investigation.

“As a result of that joint investigation, it was determined that one of the 5-year-old girls was missing,” the prosecutor’s office said in a press release. 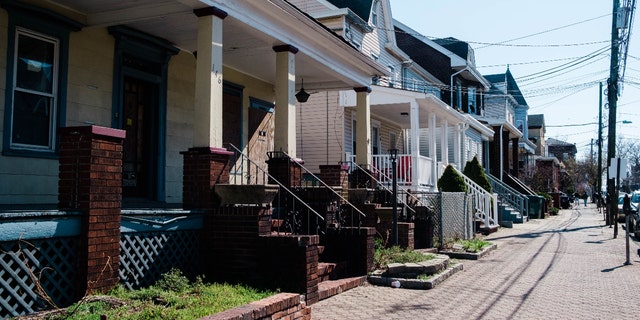 Matthew Chiles III, who is accused of killing his girlfriend’s toddler daughter in 2019, is from Perth Ambrose, New Jersey. (Gabriela Bhaskar/Bloomberg)

Investigators later determined that “no family or friends had seen the child since 2019,” according to the prosecutor’s office.

MISSISSIPPI GIRL, 13, FOUND IN KENTUCKY; MAN ARRESTED IN CONNECTION TO HER DISAPPEARANCE

Authorities also believe Chiles “engaged in conduct resulting in the missing child’s death in 2019, and illegally disposed of the child’s remains,” the press release continued.

Prosecutors have also charged the girls’ mother, Monique Durham, with two counts of second-degree endangering the welfare of a child, and one count of third-degree theft, according to the prosecutor’s office.

The pair is in custody at the Middlesex County Adult Correctional Center pending a detention hearing on Friday.