Bill Donovan, a prolific journalist who covered the Navajo Nation for five decades at newspapers in New Mexico and Arizona, has died. He was 76.

Donovan recently was hospitalized with pneumonia and died Saturday night at his home in Torrance, California, surrounded by loved ones, said his daughter, Kelly Cunningham.

Donovan was an institution on the Navajo Nation, a reporter who quickly could recall moments in Navajo history and phone numbers. He worked for the Gallup Independent, the Navajo Times, the Arizona Republic and other small publications — sometimes at the same time.

Donovan wrote about a longstanding land dispute between Navajos and Hopis, a hospital takeover, politics and efforts to reform tribal government. No story was more memorable — or scary — than a 1989 riot in the tribal capital of Window Rock that turned deadly in a political power struggle, he said days before he died.

And no reporter knew more about former Navajo Chairman Peter MacDonald, who was convicted of inciting the riot, or about what led up to it than Donovan. He drew from decades of reporting to add rich context to his stories.

“One of the most prized qualities that a writer can bring to a story, other than the ability to write well, is institutional memory,” Donovan wrote in a December 2018 essay in the Navajo Times.

Donovan moved to California in 2018 to be closer to his children but continued writing under a Los Angeles dateline for the Navajo Times, an outlet he was fired from several times over stories he wrote critical of the tribal government. He had two children: Cunningham and Richard Donovan, and two grandchildren.

Cunningham said her father showed her the importance of quick wit, patience and kindness. She recalled a magic show that went awry when she was in grade school in Gallup, New Mexico, and Donovan was part of the act. Her dad saved her the embarrassment by doing an impromptu comedy show in front of the whole school, she said.

“Dad always lived in the moment in the best way,” she said. “I have never ever seen him angry, judgmental or stressed.”

Raised in Newport, Kentucky, Donovan attended nearby Georgetown College. He was working the police beat at the Lexington Herald in his early 20s when a sergeant who was Navajo recommended that he go to the Navajo Nation nearly 700 miles away and be a reporter. 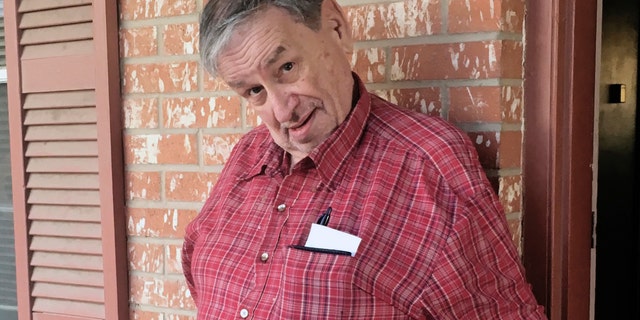 Donovan first was hired as a sports editor at the Gallup Independent.

“He didn’t know a damn thing about sports,” said the paper’s publisher, Bob Zollinger. “He didn’t know what a baseball bat was versus a golf club. So he read a few books and started writing sports.”

Donovan was an avid reader. He’d read while in his car waiting at stoplights and during Navajo Nation Council sessions that he attended so regularly that he was dubbed “the councilman from Gallup.” He donated his massive collection of books to local libraries when he left for California.

A fan of movies and eating at McDonalds, Donovan often dressed in plaid, dingy button-up shirts and jotted notes on napkins and scraps of paper. He wrote stories from memory before turning to those notes.

“His heart was in it,” Zah said. “That’s a good sign. He really wanted the truth to come out in most of these stories.”

“There were people who just didn’t care for him because he was biligaana and felt like he shouldn’t be writing about Navajo people,” said Arviso, using the Navajo word for “white person.” “But Bill was a smart guy, very intelligent and easy-going. He knew so much.”