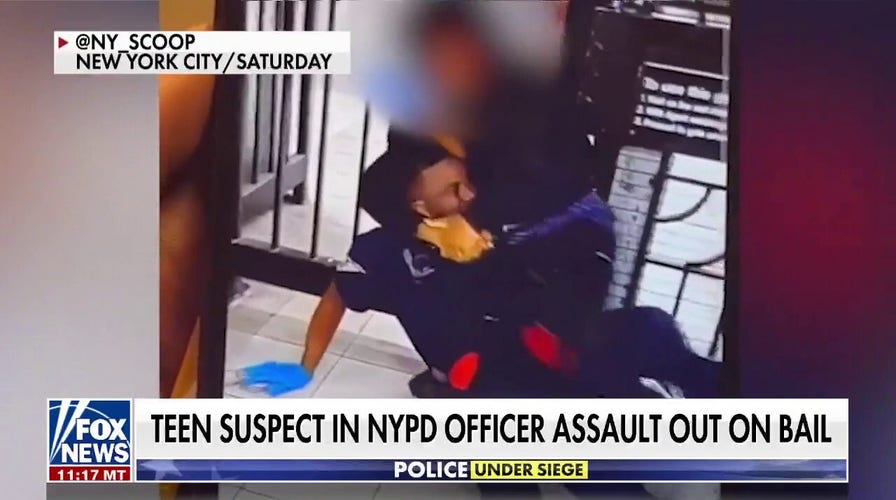 Teen with a criminal record released after assaulting police officer

Fox News correspondent Bryan Llenas reports on a 16-year-old assaulting an officer and crime at an all-time high in New York City.

New York City prosecutor Alvin Bragg defended his office’s decision to go easy on a 16-year-old caught on video viciously assaulting a cop who confronted him for not paying the subway fare – the teen’s third felony arrest in less than four months.

The teen, whose name is being withheld due to his age, was charged with second-degree assault Saturday after he was captured on a 54-second clip throwing more than 20 punches at an NYPD officer, slamming him into a metal gate and putting him in a chokehold at a subway station in Harlem.

At his arraignment in Manhattan Criminal Court, prosecutors recommended the teen’s release without bail and diversion to family court – where he’ll be tried as a child and face rehabilitation rather than prison.

Once a case is moved to family court, it is handled by a separate city department, and the Manhattan DA no longer has any jurisdiction over the matter. 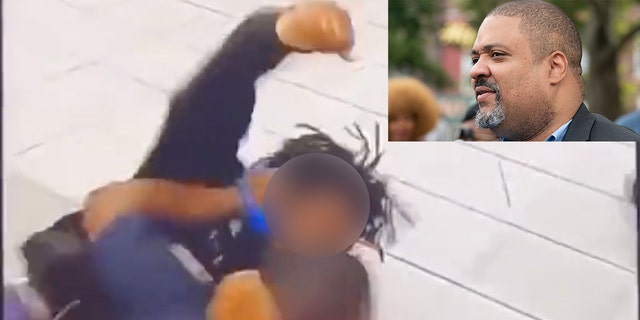 A photo combination of Alvin Bragg and a screenshot of video showing a teen viciously assault a cop.  (Twitter/Getty)

Just three days earlier, the same troubled teen was arrested and released without bail for allegedly beating and robbing a stranger near Madison Avenue on June 21 when he was 15 – a case that Bragg’s office is prosecuting.

“Our system must respond to children as children,” Bragg spokeswoman Emily Tuttle said in a statement.

“Violence against our police officers is unacceptable, and given his age at the time of arrest, we consented to send the second case to family court as soon as possible, where he would receive the age-appropriate interventions and supports he needs while being held accountable,” the statement continued. 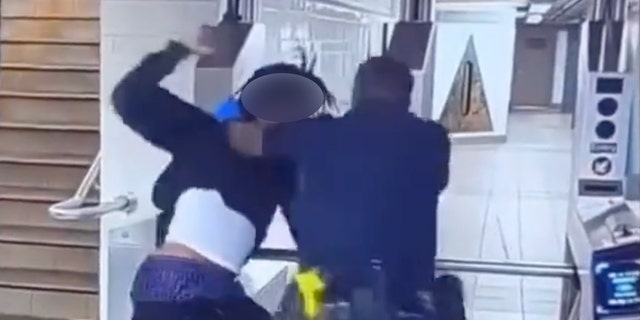 A 54-second video shows part of the brawl. (Twitter)

The Manhattan DA was not aware of the teen’s April 12 arrest for possessing a .40 caliber handgun and a crossbow in Brooklyn – a separate jurisdiction, a source told Fox News Digital. Due to his age, the record is sealed.

NYC DA’S MURDER CHARGE AGAINST CLERK WHO WAS ATTACKED IS ‘INEXPLICABLE,’ EXPERTS SAY

Under the Raise the Age statute, part of the state’s sweeping criminal justice reforms, 16-and 17-year-olds charged with misdemeanors and many nonviolent felonies are automatically prosecuted in family court. 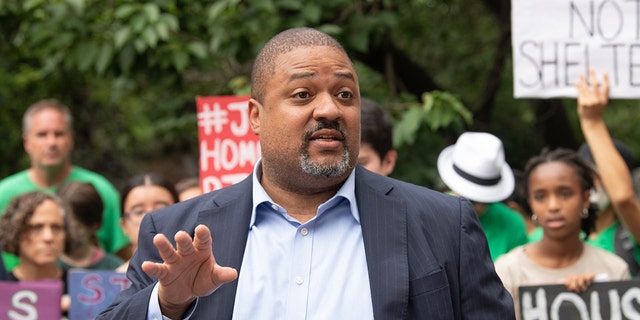 But the district attorney can lobby to keep a case in criminal court if the crime involves significant physical injury, the display of a firearm, a sexual offense or “extraordinary circumstances.” 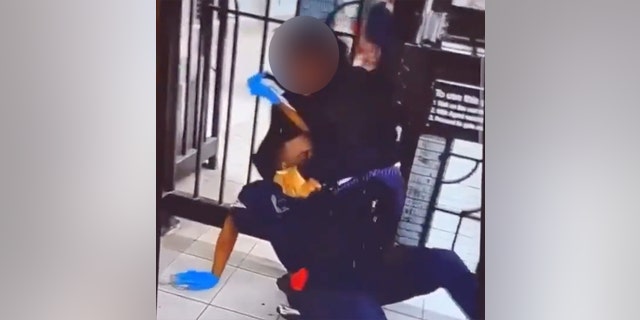 The suspect can be seen body slamming and choking out an officer. (Twitter)

“The DA clearly knew that they were prosecuting the same offender for a violent robbery,” he said. “If that is not an extraordinary circumstance, what is?  If violence against police officers is unacceptable, why ignore the violent robbery arrest. This isn’t accountability. This is lunacy.”

Bragg, the most progressive DA in the five boroughs, has come under fire since he took office in January for his liberal criminal justice policies amid a crime surge in New York City.

His office has stopped prosecuting many low level crimes, routinely downgrades felony charges and has advocated for the limited use of cash bail.

Most recently, Bragg was widely criticized for prosecuting a bodega worker for murder after he stabbed a menacing customer in self-defense. Under mounting pressure from the public, Bragg dismissed the case.