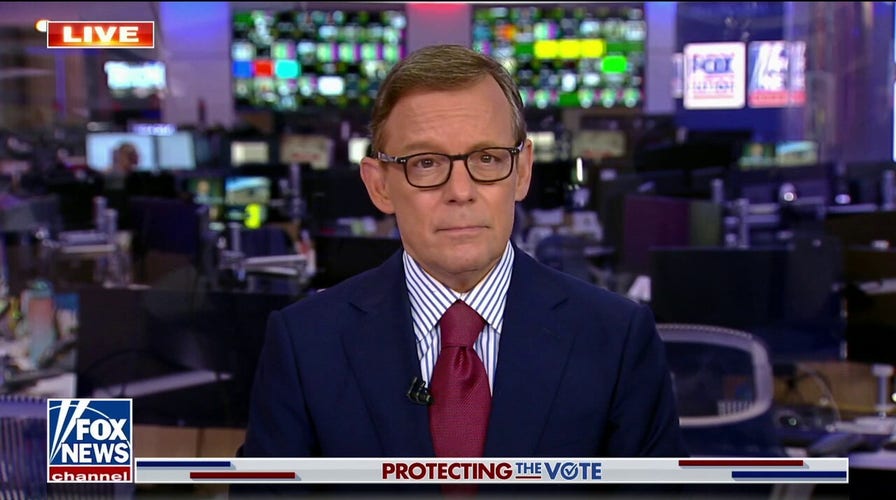 Fox News’ Eric Shawn reports on the Kathy Hochul supporters that allegedly stole the sign of a protester and proceeded to grab her by the neck at a rally in New York City.

A supporter of New York gubernatorial candidate, Rep. Lee Zeldin, was allegedly attacked and assaulted at a rally for Democratic candidate Gov. Kathy Hochul on Saturday.

Hochul was holding the rally with other Democratic officials when counter-protestors supporting Zeldin showed up with signs and started chanting against the governor. 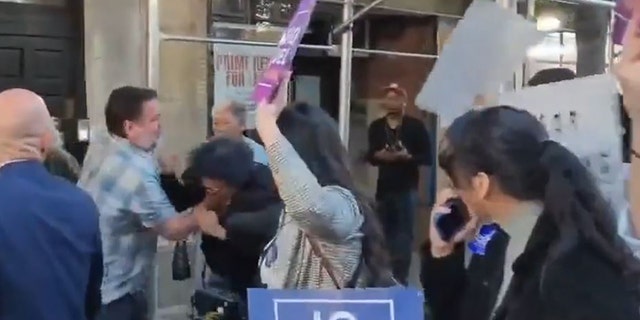 A Lee Zeldin supporter says she was attacked and assaulted at a rally for Democratic Gov. Kathy Hochul.
(Screenshot via Viral News NYC)

Video obtained by Fox News shows a Hochul supporter appearing to punch and choke a woman named Angelica Torres. The Zeldin supporter said she later sought medical attention and reported the incident to the police.

Torres told Fox News on Sunday she was still shaken up by the fight. She said she had been carrying a pro-Zeldin sign.

“I was carrying a sign that said, ‘Vote Them Out,’ and under their campaign portraits. Then unexpectedly I was attacked by a woman who grabbed my sign. While I was trying to retrieve my sign another man much larger than me started to choke me,” Torres said.

“I was very shocked and upset that I couldn’t express my opinions openly without violence. Crime and violence is a big issue in our city.” 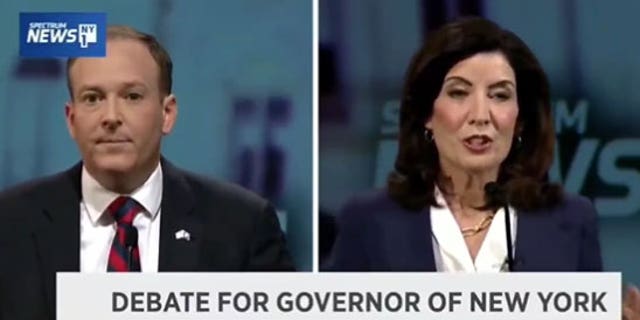 Fox News has reached out to the New York City Police Department for more details on this incident.

New York City Councilwoman Krystal Hudson, a Democrat, was also reportedly seen tussling with Torres, who alleged that the councilwoman grabbed her. Her office has not responded to requests for comment.

Identities of the alleged perpetrators and their possible motives remain unknown. Nor is it clear whether those accused of assaulting Torres were Hochul supporters.

Hochul was beating Zeldin by 17 points in August polls, but her lead has now shrunk to single digits, with some pollsters placing her just 4 points ahead. The close race is unnerving for Democrats in a deep blue state where registered party members outnumber Republicans roughly two to one. Democrats argue the polling will serve as a “wake-up call” for their base, according to Politico.