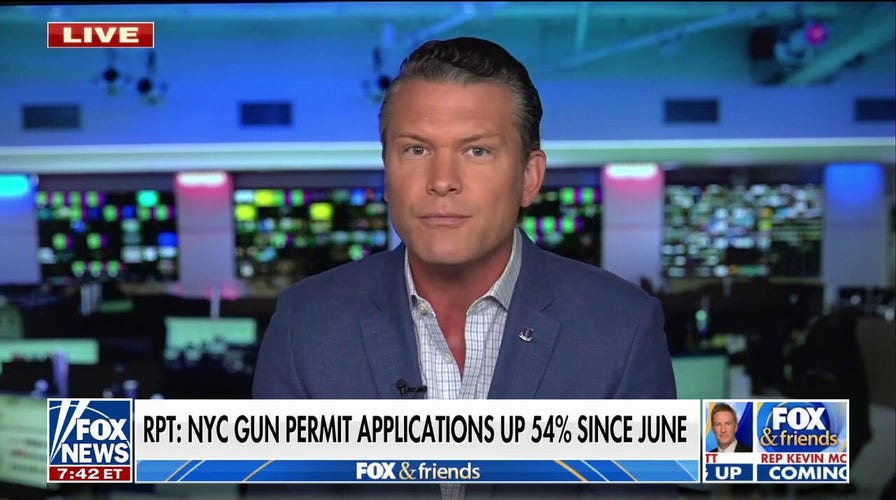 Multiple historical reenactments in New York have been canceled out of fear participants could be thrown in jail for breaking the state’s new gun laws.

“Two weeks ago we started getting issues from units out of state and in state who were afraid if they came and brought weapons with them, muskets, that they’d be charged with a felony,” reenactment organizer Harold Nicholson told CBS 6. 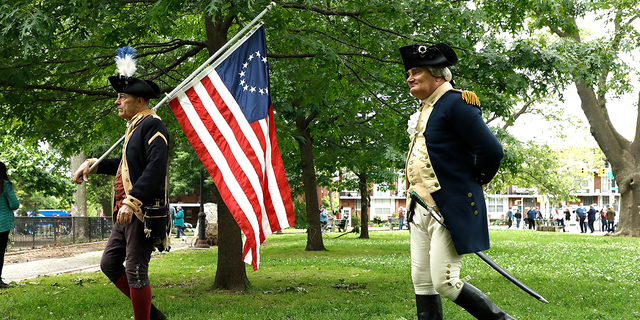 Revolutionary war reenactors walk with a US flag in celebration of Memorial Day in John Paul Jones Park in Bay Ridge on May 31, 2021, in the Brooklyn borough of New York City. (John Lamparski/Getty Images)

The new laws came in response to the U.S. Supreme Court ruling in June that New York’s regulations on obtaining a concealed carry permit were unconstitutionally restrictive.

Hochul’s office released a statement last week that, “These laws allow historical re-enactments to occur, and there should be no concern otherwise.” 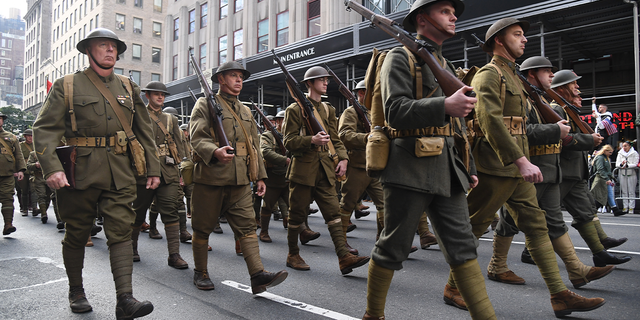 World War 1 Military reenactors march in the Veterans Day Parade on November 11, 2019, in New York City. President Donald Trump, the first sitting U.S. president to attend New York’s parade, offered a tribute to veterans ahead of the 100th annual parade which draws thousands of vets and spectators from around the country.  (Kevin Mazur/Getty Images)

But participants of reenactments are still hesitant that the laws mean they could be prosecuted for being in possession of a musket in an area such as a park, which has been deemed a “sensitive location.” Live ammunition is not used during reenactments.

“Legal minds have told us that the law is the law,” Nicholson told WRGB. “It doesn’t matter what the governor says, we could be prosecuted. Because of that we didn’t want any liability against Rogers Island Visitor Center or the village and town of Fort Edward.” 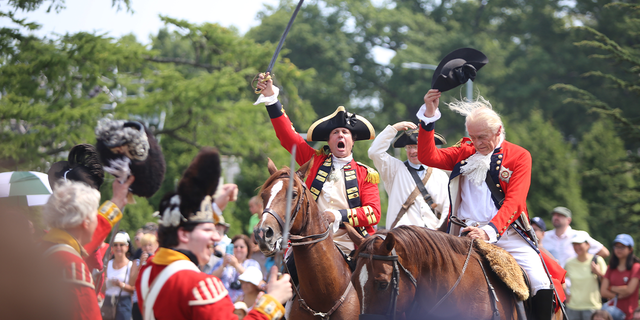 An attorney in Albany argued that lawmakers need to make the laws more clear and define the meaning of “historical reenactment,” adding that participants of war reenactments are correct to cancel the events.

“Right now, this is a felony to bring your antique flintlock musket into a public sensitive area where these reenactments are taking place,” Albany Attorney Paul DerOhannesian told CBS 6. 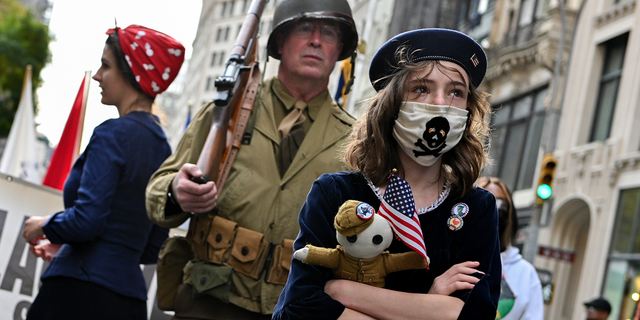 A girl from the Long Island Historical Association dresses as a child during an American Revolution reenactment at the 102nd annual Veterans Day parade on November 11, 2021, in New York City. ( Alexi Rosenfeld/Getty Images)

“No lawyer would recommend an individual to follow the word of any leader or individual when the law is very clear that this is illegal,” he added.

Hochul’s office did not immediately respond to Fox News Digital’s request for comment and whether the law will be clarified.