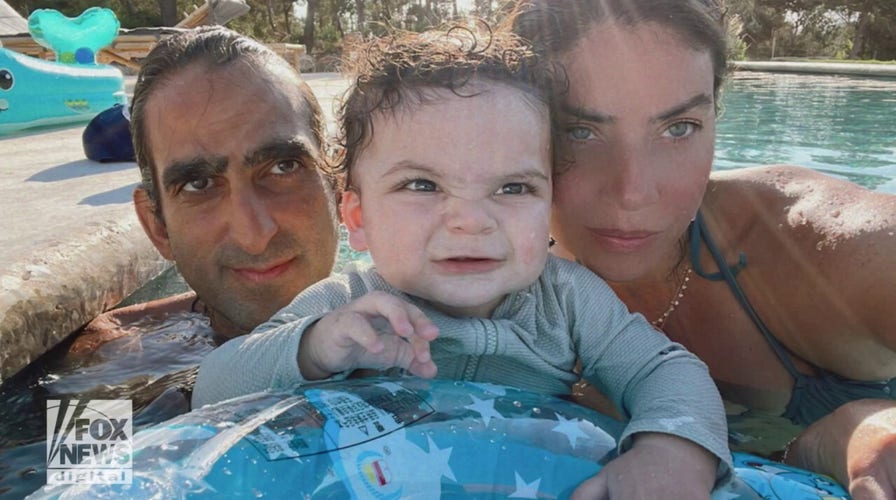 Victoria Raphael of New York City reveals her success story — and her decision to freeze her eggs after she was diagnosed with cancer.

A cancer diagnosis, on its own, can be terrifying.

But for women who are also hoping to start a family, the prospect of not being able to get pregnant on top of a cancer diagnosis can be earth-shattering.

New Yorker Victoria Raphael knew this feeling: At age 33, when she’d been starting to think about having a family, she was diagnosed with breast cancer.

POSTPARTUM DEPRESSION AMONG BIRTH MOMS: HOW WOMEN ARE BREAKING THE STIGMA

Raphael told Fox News Digital that she visited her gynecologist for a routine checkup — and her doctor noticed a suspicious lump.

She was diagnosed with Stage 1A HER2-positive ductal carcinoma in December 2018. Doctors told her that her case was treatable but “growing fast.” 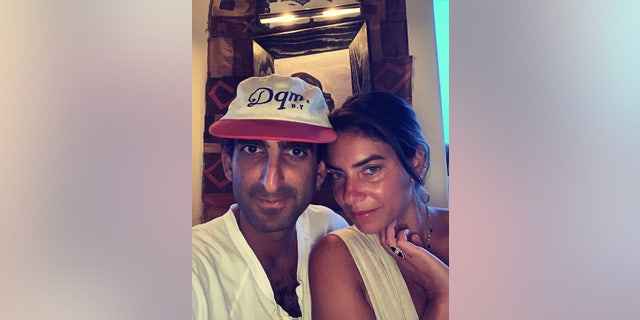 Victoria Raphael of New York with her husband, Neema. The couple have been together for 14 years. She said she became very "emotional" upon learning not just of her cancer diagnosis, but of the risks to her fertility.
(Victoria Raphael)

“It’s such a shocking experience when you’re going through cancer,” she said. “It’s the realization when they tell you that you can’t carry your kid, or you can’t have your own family.”

She added, “In all the processing of everything that was happening at the time, that was probably the most emotional I got about having a breast cancer diagnosis.”

KATIE COURIC’S BREAST CANCER: WHAT OTHER WOMEN CAN LEARN FROM HER DIAGNOSIS

Raphael was told she would have time to pursue fertility preservation before starting chemotherapy — and was connected with Dr. Jaime Knopman, a fertility specialist at CCRM in New York. Knopman cares for women looking to preserve their eggs and recommends doing so ahead of cancer treatment.

In an interview with Fox News Digital, Dr. Knopman explained that fertility preservation after a cancer diagnosis can be the answer to a prayer for many future mothers. 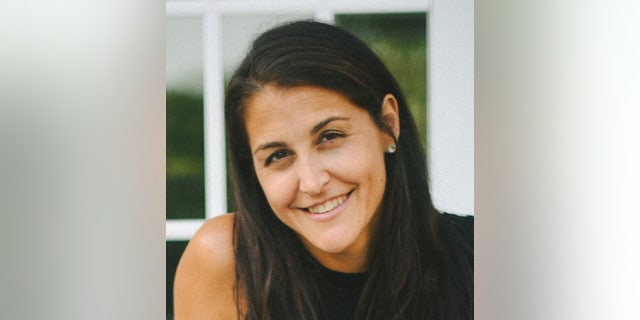 Dr. Jaime Knopman is director of fertility preservation at CCRM New York. She herself is a breast cancer survivor.
(CCRM Fertility)

Cancer treatments, including chemotherapy, radiation and some surgeries, can render women infertile by decreasing or “knocking out” their egg supply, said Knopman.

“Or for some women, [there’s] just the time factor,” said Knopman, a breast cancer survivor herself.

“Because if you’re unable to try and get pregnant for several months or several years, it could be the turning point for your fertility.”

Knopman was able to retrieve 21 eggs — and after genetic testing, eight of Raphael’s eggs were determined to be normal.

Said Victoria Raphael about her personal situation, “I knew if I wanted to think about having a family — which I knew for sure that’s what I wanted to do — that I had this opportunity,” she said.

“Which I was super grateful my oncologist offered to me.” 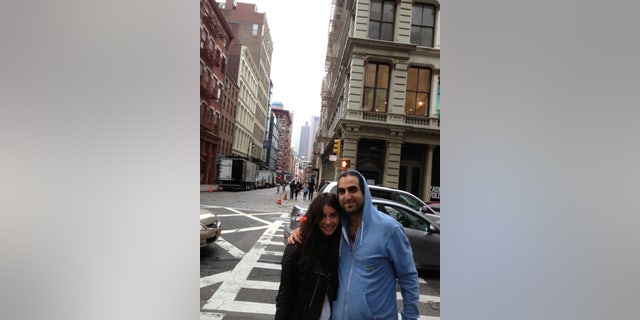 Knopman was able to retrieve 21 eggs — and after genetic testing, eight of Raphael’s were determined to be normal.

“So, in the end, we had eight embryos on ice and that was after one round,” she said.

Raphael began chemotherapy a few days after her egg retrieval. She has since undergone eight weeks of radiation, two lumpectomies and a breast augmentation.

BREAST CANCER AND MAMMOGRAMS: 3 KEY QUESTIONS WOMEN OF ALL AGES SHOULD ASK BEFORE THEIR SCANS

Not only is Raphael 100% cancer-free today, but the opportunity to pursue surrogacy with her normal embryos was also a success.

“Fertility preservation in general is such an amazing opportunity and science is incredible.”

The procedure produced a seamless pregnancy — and on Nov. 3, 2021, new mom Raphael welcomed her son, Ezra. 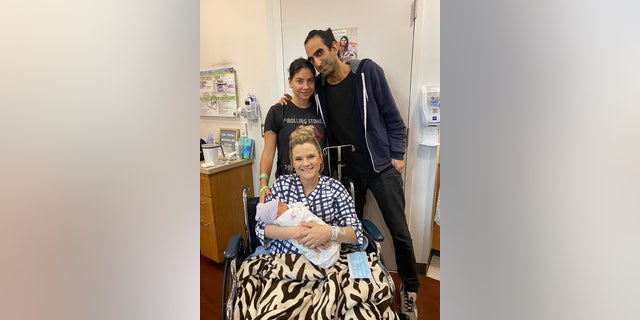 They recently celebrated their son’s first birthday — and now Raphael and her husband of 14 years, Neema, are talking about baby no. 2.

“Fertility preservation in general is such an amazing opportunity and science is incredible,” she said.

Dr. Knopman broke down the process of egg freezing, which is the same method as IVF.

The patient takes hormonal injections for approximately 10 days while visiting the doctor every two or three days for blood work and ultrasounds.

“During that process, we’re going to get an idea of how the follicles are growing,” she said.

“Once those follicles get to be a certain size and once the estrogen level reaches a certain peak, that’s when we trigger maturation of the eggs,” said Dr. Knopman — “and the eggs will be extracted 35 hours later in an operating room.”

“And if they are mature, they’re frozen,” she said. 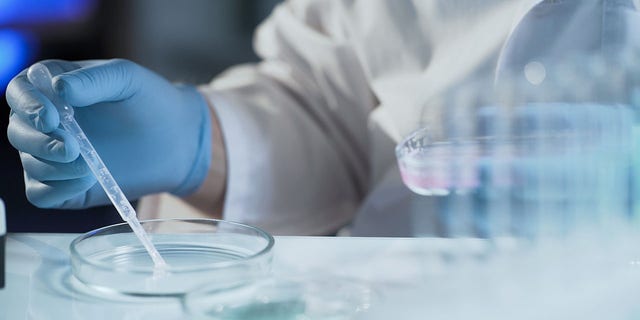 The extracted eggs are assessed for maturity ahead of freezing, since only mature eggs can be fertilized down the road, Knopman explained.
(iStock)

Knopman noted that the biggest “bummer” of the process is that there’s no way of knowing how many of the eggs that are frozen are of “good quality.”

“But you do it, and you hope that you have a good number based on your age,” she said.

While some women post-cancer can carry their babies on their own, Knopman said that some cancers that are estrogen or progesterone-sensitive, such as breast cancer, make carrying a pregnancy a little more difficult. 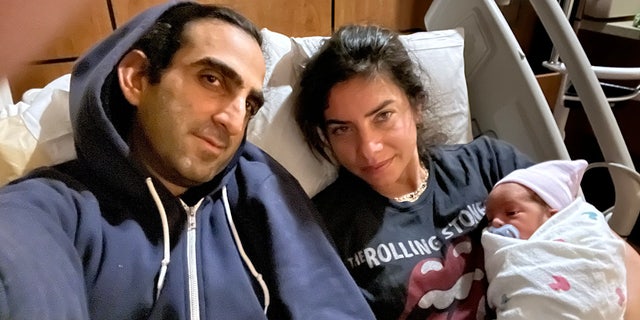 “Generally, it’s not a great idea to carry, at least within the pretty immediate time period from the diagnosis,” she said.

One option for women who are unable to carry their own pregnancy is surrogacy.

The success rates in surrogacy are “crazy high,” said Knopman, since the embryo is genetically tested to uncover the number of chromosomes present.

This reveals whether an embryo has the true potential to become a viable pregnancy. 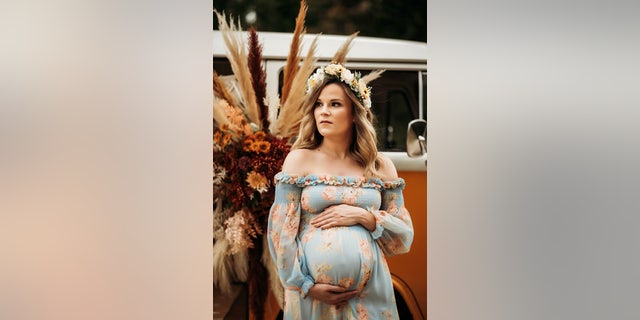 Kristina Bontrager stepped in as surrogate for Victoria and Neema Raphael.
(Victoria Raphael)

“Once that embryo then is transferred back into the uterus — the uterus of somebody who’s already carried a pregnancy, and it’s a chromosomally normal embryo — you’re talking about [a] 70%-plus success rate.”

Raphael said she and her husband interviewed more than 20 surrogacy agencies. They were “mindful” about vetting the correct surrogate, she said.

“It feels a lot like dating,” she added, laughing.

After viewing one particular candidate’s profile through the Center for Surrogate Parenting (CSP), Raphael said she knew that repeat surrogate Kristina Bontrager was the one. 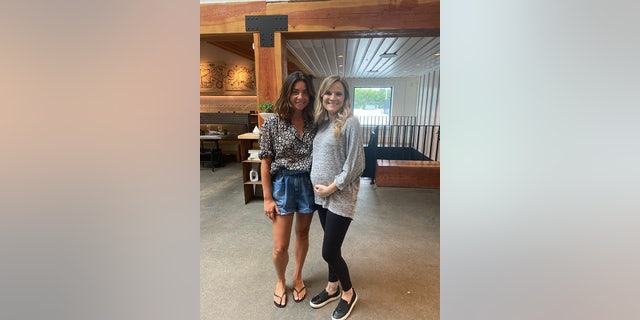 “I knew from that moment that she was going to be part of our family,” she said.

“Her expertise in the process just made it so much easier for us because we had no idea what we were doing.”

For others looking to explore surrogacy, Raphael recommended finding an “organic” match who shares the same beliefs in terms of lifestyle and pregnancy.

“[Kristina] was such an amazing force. Her strength and her resilience and her patience … holds a very special place in our hearts.”

While the process, with all of its steps considered, may seem a bit overwhelming, Knopman said it’s important for women to advocate for themselves.

“In big cities with big cancer hospitals, patients are educated about their options,” she said.

“But unfortunately, in other parts of the country, people don’t know, so they undergo treatment and then their options [are] significantly reduced.”

The doctor encouraged all patients to visit their doctor at least for a consult first, without feeling pressured to make the commitment.

Many women are afraid that undergoing this kind of procedure can upstage their cancer or increase their risk of recurrence, but Knopman said this would not be the case.

“We’re going to work as a team to make sure that everything we do is safe for you and your specific diagnosis,” she said.

“The ups and downs are super challenging, nauseating and frightening … but you will become a parent if you just hang in there.”

Raphael encouraged other women in similar situations to “stay positive” and embrace the “love and beauty and light in a really scary time.”

Although fertility preservation is not cheap, Knopman mentioned there are various aid programs available that can significantly reduce the cost.

Knopman is also chief medical officer of the Chick Mission, an organization that raises money to provide grants to women looking to freeze their eggs ahead of cancer treatment.

Breast cancer survivor Amanda Rice started the mission when she realized how challenging it was for women to freeze their eggs and get the procedures covered.

The organization has so far given out 315 hope grants, with 115 of those distributed in 2022 alone.

Raphael co-founded her own charity, A Damn Good Life, which raises money for family members undergoing breast cancer diagnoses who cannot afford surrogacy. A Damn Good Life will be partnering with Chick Mission to present a grant to their first recipient at the end of the year.

“There is so much community in women wanting to help other women,” she said.

“And I think asking for help and asking for support doesn’t make you less strong or less able.”