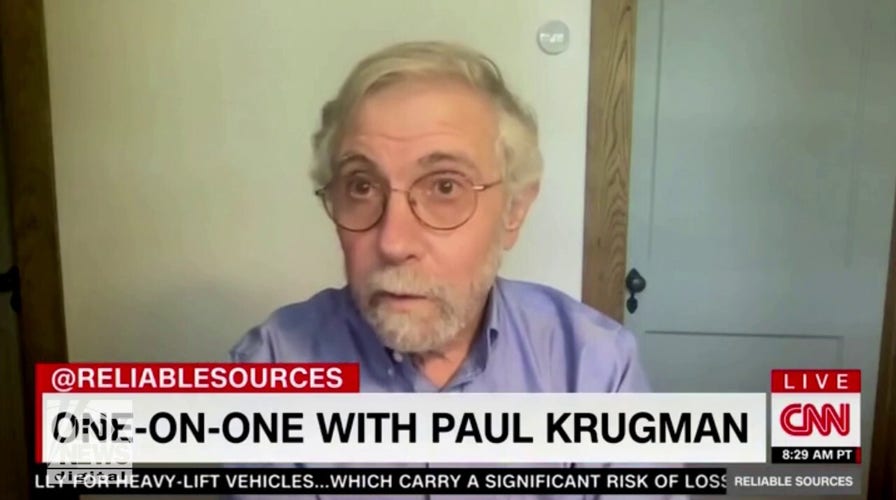 Paul Krugman says US is not in a recession, suggests ‘negativity bias’ in economic media coverage

New York Times columnist and economist Paul Krugman said Sunday that the U.S. is not in a recession and that the term does not matter.

New York Times columnist Paul Krugman doubled down on his claims that the economy is experiencing a “Biden boom” despite a record 40-year-high inflation and the United States entering a recession.

“Since I get lots of mockery for having talked about a “Biden boom”, I thought I’d share a chart,” Krugman tweeted.

Krugman neglected to mention that most of the jobs added during the Biden presidency are reflective of a reopening of the economy after the government imposed COVID-19 lock-downs. The lock-downs artificially pushed the United States into a recession, leaving millions unemployed and harming small businesses. 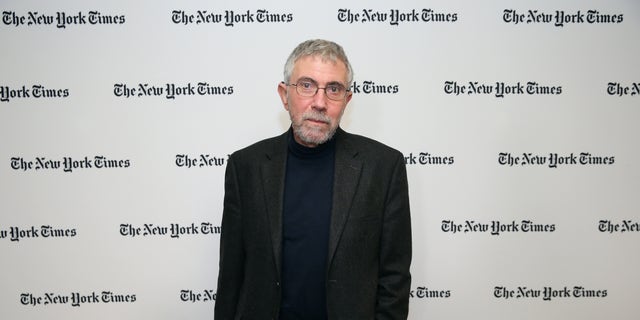 Krugman continued to tweet, “The problem may be that the Biden economy boomed *too much*, feeding inflation, and that it now needs to cool off, which may involve a recession (but hasn’t yet)”.

Krugman has denied that America is in a recession, despite the GDP experiencing two consecutive quarters of negative growth, the technical definition of a recession. Biden and members of his administration agree with Krugman and argue that the U.S. is not in a recession and instead suggest the economy is in a period of transition.

Since coming into office Biden and Democrats passed the $1.9 trillion American Rescue Plan Act, and a $1.2 trillion infrastructure bill. Critics point to these pieces of legislation, in addition to economic stimulus pass during the Trump administration, exacerbated inflation. The Biden administration dismissed initial inflation concerns and labeled the higher prices as “transitory.”

MOST AMERICANS WILL FEEL TAX PAIN FROM DEM INFLATION BILL DESPITE BIDEN’S PAST PROMISES: ANALYSIS 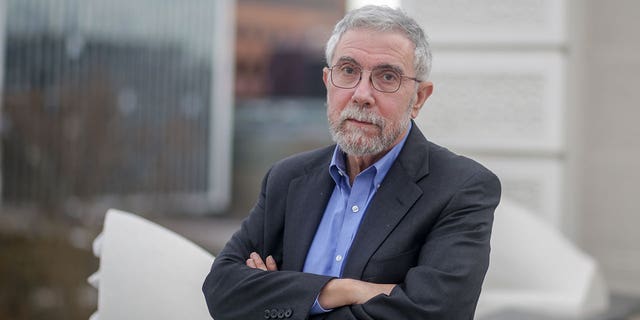 NYT columnist Paul Krugman admitted that he was "wrong" about his initial inflation reports. (Ricardo Rubio/Europa Press via Getty Images))

Steve Guest, a special communications advisor for Communications for Sen. Ted Cruz, R-Texas, tweeted an image of a bad 1998 prediction by Krugman about the internet.

“By 2005 or so, it will become clear that the Internet’s impact on the economy has been no greater than the fax machine’s,” Krugman said at the time.

“Jobs weren’t created, they were allowed to return. Talk about ‘the big lie,’ that is the biggest,” Derek Hunter, a Townhall columnist, tweeted.

Glenn Greenwald also slammed Paul Krugman for recently denying that the U.S. is in a recession.

“Watching them so brazenly re-define how they have always used ‘recession,’ and then Paul Krugman adding it doesn’t matter if we’re in one or not (it doesn’t matter for him), all to protect the Biden WH, is a new level of audacity no matter how low your opinion of them already is,” he tweeted.