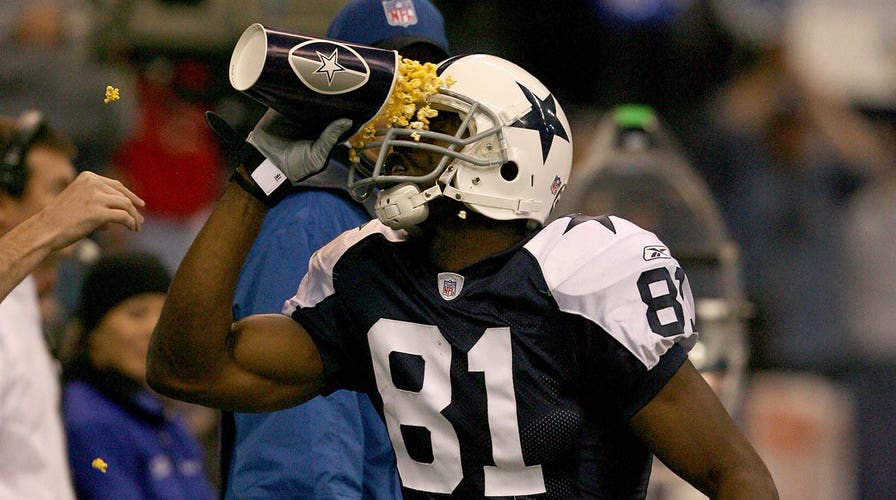 The Dallas Cowboys were in the market for Odell Beckham Jr., but they may go another, much older route (no pun intended) in the receiver market.

The agent of NFL Hall of Famer Terrell Owens, who played for Dallas from 2006-08, has been in “constant communication” with the Cowboys regarding a possible return, according to Sports Illustrated. 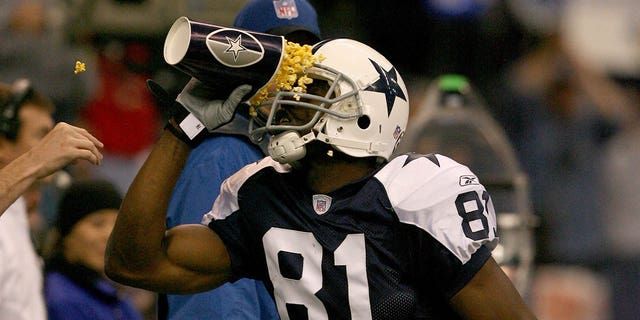 Terrell Owens of the Dallas Cowboys hams it up during a game against the Green Bay Packers at Texas Stadium in Arlington, Texas, on Nov. 29, 2007.
(Sporting News via Getty Images via Getty Images)

If Owens comes back, he’d be the oldest player in NFL history, surpassing the late George Blanda, who was under center for the Oakland Raiders at age 48 in 1975.

“Terrell is ready to contribute and play any role, big or small,” Gregory D.L. Daniel told Sports Illustrated. “He’s in outstanding shape. He looks no different than he did years ago. I watched him running routes full-speed with DeSean [Jackson] and he looked great. He didn’t drop a pass.”

“He’s a legend. We want to make history and see him break these records. If anybody can do it, it’s him,” Daniel added. “His three Ds are desire, dedication and discipline. He embodies that every day, even running hills at 3 a.m. on Christmas morning.” 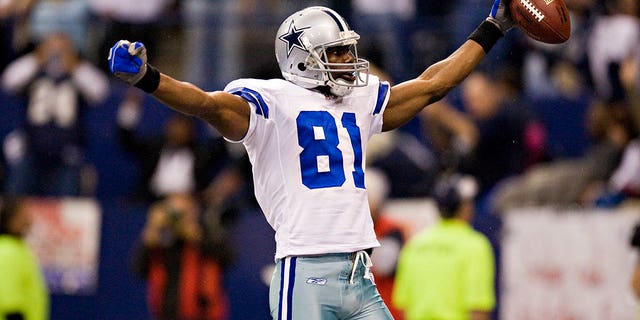 Terrell Owens of the Dallas Cowboys celebrates after scoring a touchdown against the Seattle Seahawks at Texas Stadium in Irving, Texas, on Nov. 27, 2008.
(Wesley Hitt/Getty Images)

After passing on Beckham and signing T.Y. Hilton recently to go alongside CeeDee Lamb and Michael Gallup, it doesn’t seem like the Cowboys are in the receiver market — let alone trying to get one who hasn’t played an NFL down in a dozen years.

However, Dallas would be getting one of the best receivers of all time.

Owens ranks third all-time in receiving touchdowns (153) behind Jerry Rice and Randy Moss, while his 15,934 receiving yards trail those of Rice and Larry Fitzgerald.

He was inducted into the Hall of Fame in 2018, three years after he was first eligible, after playing for the San Francisco 49ers, Philadelphia Eagles, Cowboys, Buffalo Bills and Cincinnati Bengals. 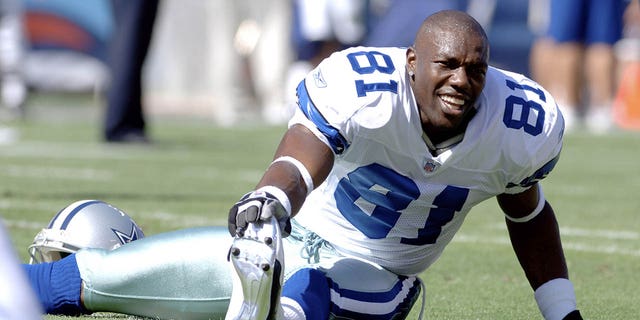 Owens last played in the NFL in 2010 and suffered a torn ACL in the offseason of 2011. He participated in the Seattle Seahawks’ training camp in 2012 but did not make the final roster. Owens said he trained for several teams during the 2014 season but to no avail. He played alongside Johnny Manziel in Fan Controlled Football earlier this year.