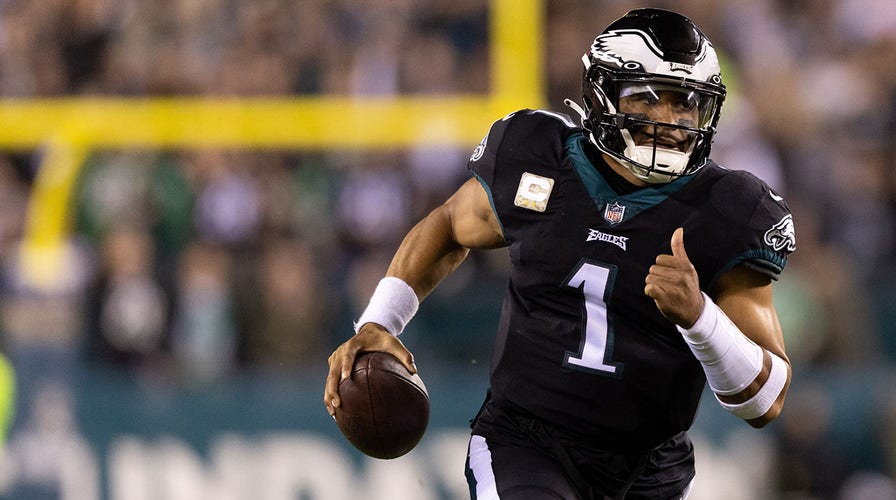 The Philadelphia Eagles are still on top of the NFL entering Week 13 of the 2022 season as they put away the Green Bay Packers on Sunday night thanks to a dominant rushing performance from Jalen Hurts.

The Kansas City Chiefs and Minnesota Vikings also proved their worth over the holiday weekend with wins against the Los Angeles Rams and the New England Patriots respectively.

The top three spots will hold firm going into the next week, as does the fourth spot after the Dallas Cowboys took care of the New York Giants and the Miami Dolphins at fifth after beating the Houston Texans.

Between Nos. 6 and 10, there has been some movement as well as outside the top 10.

Read below for how this week’s power rankings. 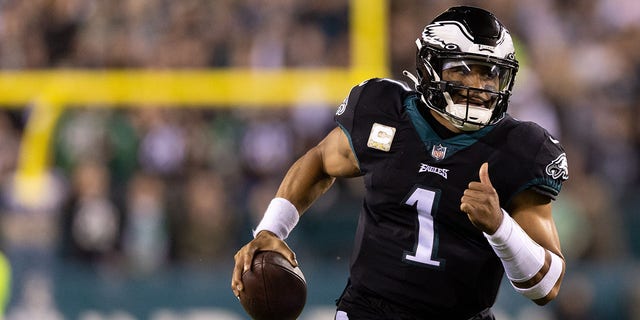 Jalen Hurts’ rushing performance lifted the Eagles over the Packers. Philly is in the driver’s seat and could clinch a playoff spot very soon.

The Chiefs made it look easy against the struggling Rams. Patrick Mahomes surpassed 300 yards and a touchdown pass. Kansas City is looking stronger and stronger each week. 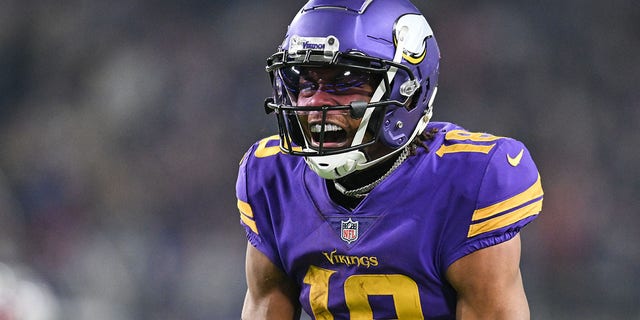 The Vikings were able to get past a tough Patriots defense. Justin Jefferson still had 139 receiving yards and a touchdown, but things will not be easy against the Jets.

Dallas was able to sweep their games against New York this season and appeared to make it look easy despite the eight-point win. Ezekiel Elliott broke out for 92 yards and a touchdown. 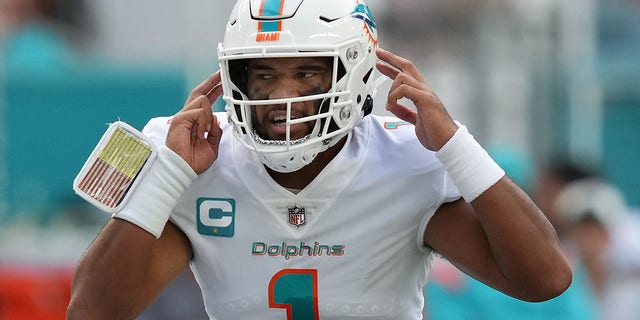 Miami Dolphins quarterback Tua Tagovailoa, #1, makes a call at the line of scrimmage during the first half against the Houston Texans at Hard Rock Stadium in Miami Gardens, Florida, Nov. 27, 2022.
(Jasen Vinlove-USA TODAY Sports)

The Dolphins are for real and have a few more weeks to fend off the Bills for the AFC East title. As long as Miami stays healthy, a playoff spot awaits. Miami took care of the Texans but will hit the road for a game against the 49ers.

TOM BRADY DISMISSES ‘BS’ EXCUSES FOR BUCS LOSS: ‘YOU SHOULDN’T SLEEP AT NIGHT WHEN YOU LOSE’

The Bills struggled against the Lions despite the three-point win. Josh Allen was sacked three time and had an interception to go along with 253 passing yards and three total touchdowns. A Thursday night matchup against the Patriots awaits. 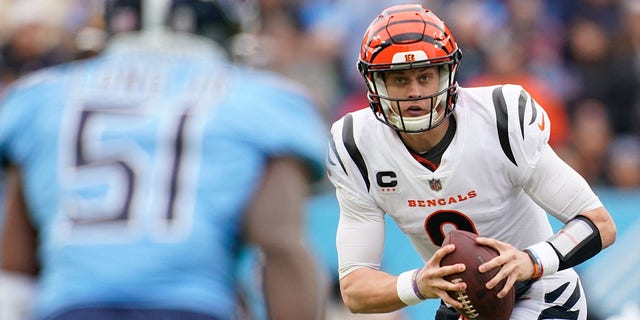 Cincinnati Bengals quarterback Joe Burrow, #9, looks for an opening to pass as they face the Tennessee Titans during the second quarter at Nissan Stadium in Nashville, Tennessee, Nov. 27, 2022.
(Andrew Nelles-USA TODAY Sports)

Cincinnati is right where it needs to be at this point in the season. A big win over Tennessee plus Ja’Marr Chase coming back for Week 13 will help them in the stretch run of the season.

The 49ers’ defense showed up to blank the Saints. Jimmy Garoppolo had a touchdown pass and San Francisco got back to the top of the NFC West standings. 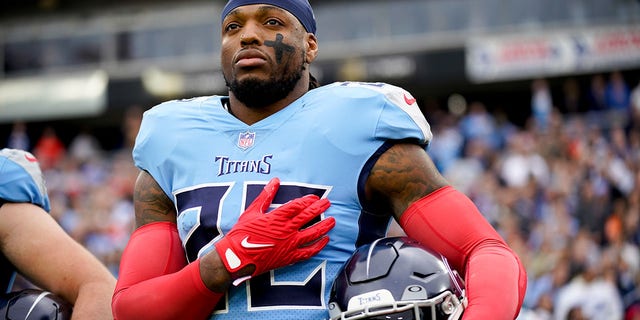 Tennessee Titans running back Derrick Henry, #22, listens to the National Anthem as the team gets ready to face the Cincinnati Bengals at Nissan Stadium in Nashville, Tennessee, Nov. 27, 2022.
(George Walker IV-USA TODAY Sports)

The Titans dipped to No. 9 after losing to the Bengals. The team has a date with the Eagles on Sunday afternoon.

Rounding out the top 10 are the Ravens. Lamar Jackson and Baltimore fell to the Jacksonville Jaguars by one point. It was a big loss for the team as they lose momentum going into a game against the Denver Broncos.