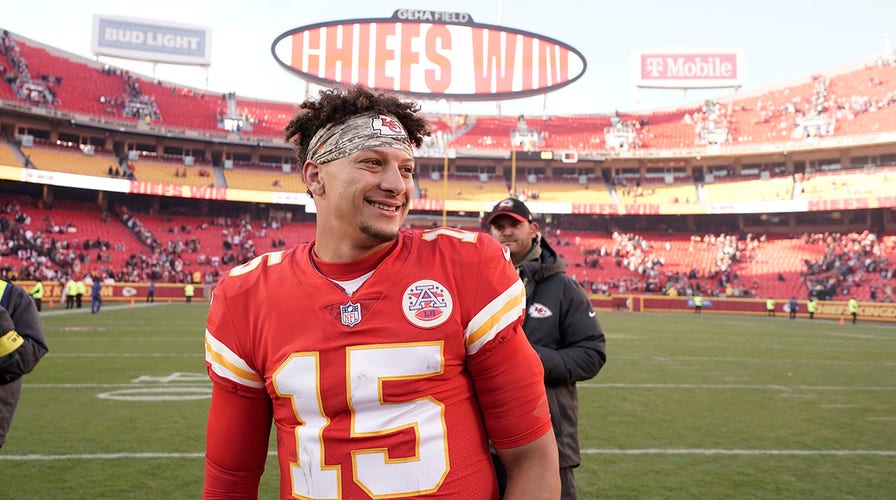 Week 11 of the 2022 NFL season features a massive slate of games for many teams looking to stay in contention for the NFL playoffs, and things are as tight as ever.

After the Tennessee Titans defeated the Green Bay Packers on Thursday night, the spread between the Titans and the second-place Indianapolis Colts in the AFC South and the Packers’ deficit in the NFC North from the Minnesota Vikings grew a little more.

Five of the eight division leads are separated by at least one game. The Tampa Bay Buccaneers, who are on a bye week, are the only team at the .500 mark and leading the division.

The week will end in Mexico when the Arizona Cardinals take on the San Francisco 49ers.

Here are the top five games to watch this weekend. 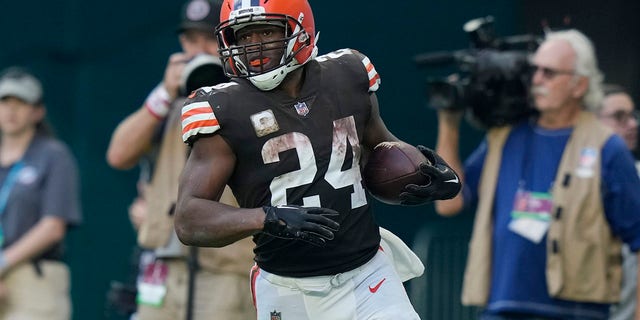 Cleveland Browns running back Nick Chubb, #24, scores a touchdown during the second half of an NFL football game against the Miami Dolphins, Sunday, Nov. 13, 2022, in Miami Gardens, Florida.
(AP Photo/Lynne Sladky)

The Buffalo Bills will look to get back on track after a demoralizing loss to the Minnesota Vikings last week. Josh Allen will need to make sure he tones down the mistakes in order to keep the team from spiraling out of control.

The Cleveland Browns need to keep finding ways to win with the return of Deshaun Watson on the horizon. Nick Chubb and company just need a little oomph to pull out some wins down the stretch, but time is getting short.

To make things more interesting, the game was moved out of Buffalo to Ford Field as a massive snowstorm bears down on Western New York. 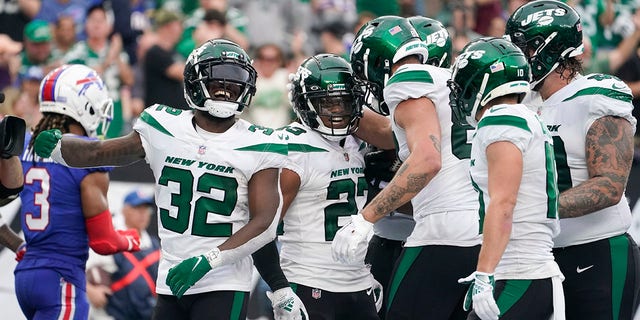 New York Jets running back James Robinson, #23, celebrates with teammates after scoring a touchdown during the second half of an NFL football game against the Buffalo Bills, Sunday, Nov. 6, 2022, in East Rutherford, New Jersey.
(AP Photo/John Minchillo)

The Jets are still the Jets to Patriots head coach Bill Belichick, but this time, the Jets are one game behind the Miami Dolphins for the lead in the AFC East. The Dolphins are on a bye week and New York has the edge head-to-head over them.

Mac Jones has done enough to keep the Patriots in contention for the playoffs, but it has been the defense that has taken hold for the Patriots. New England is sixth in points allowed and 13th in yards allowed. So, here’s a classic rivalry matchup. 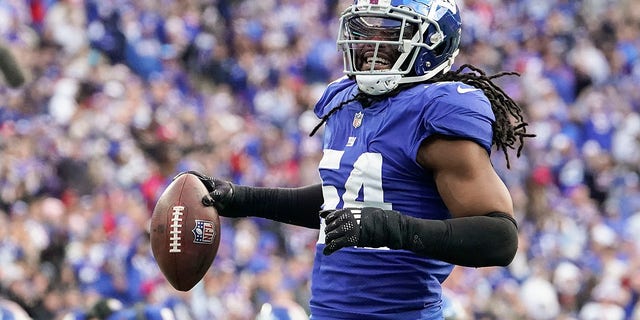 The Philadelphia Eagles need one more slip-up to encourage a tie in the NFC East with the New York Giants. New York hosts the Detroit Lions on Sunday. Putting the lowly teams away is going to be key for the Giants and that ability becomes more valuable each week. New York has a lot of wins over a lot of bad teams, but putting those teams away will help them to the playoffs.

Detroit got an electrifying win over the Bears last week, but this is one of those classic games in which a middling team could easily beat the Giants. Jared Goff just needs to fire off a few sharp passes and surprise the Giants defense. It feels like one of those games.

NFL POWER RANKINGS: VIKINGS PLUNDER THEIR WAY TO THE TOP AS EAGLES SLIP TO NO. 2 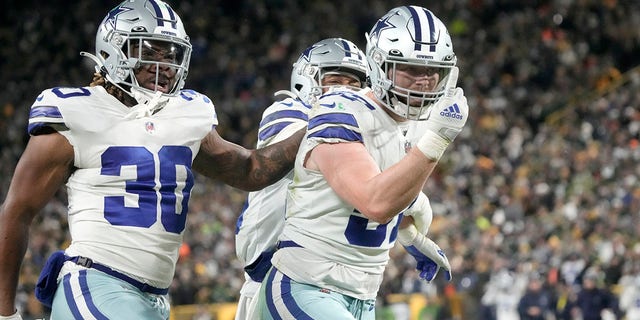 The Vikings found a way to win over the Bills last week. Patrick Peterson’s two interceptions and Kirk Cousins’ valiant efforts thrust the team to victory. Justin Jefferson is going to give the Cowboys’ secondary a tough time defending him.

Dallas blew a two-touchdown lead over the Packers to lose in Green Bay and trying to find their way on the road has not been easy. The Cowboys are 2-2 away from AT&T Stadium. Dak Prescott and the offense has to get back on track to avoid slipping out of playoff contention and find themselves fighting on a week-to-week basis. 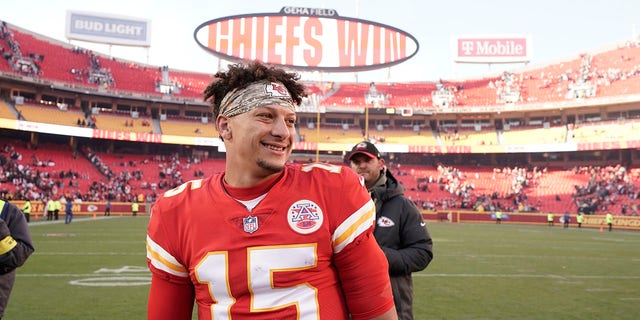 On Sunday night, the Los Angeles Chargers will look to rectify their loss against the San Francisco 49ers last weekend. However, doing it against a division rival is not going to be easy, especially with the offense hurting.

Patrick Mahomes and the Chiefs took care of business last week, but being down JuJu Smith-Schuster and Mecole Hardman will mean that Kadarius Toney and Marquez Valdes-Scantling will have to be the anchors. Kansas City can make a statement with a big win over Los Angeles.

The rest of Sunday