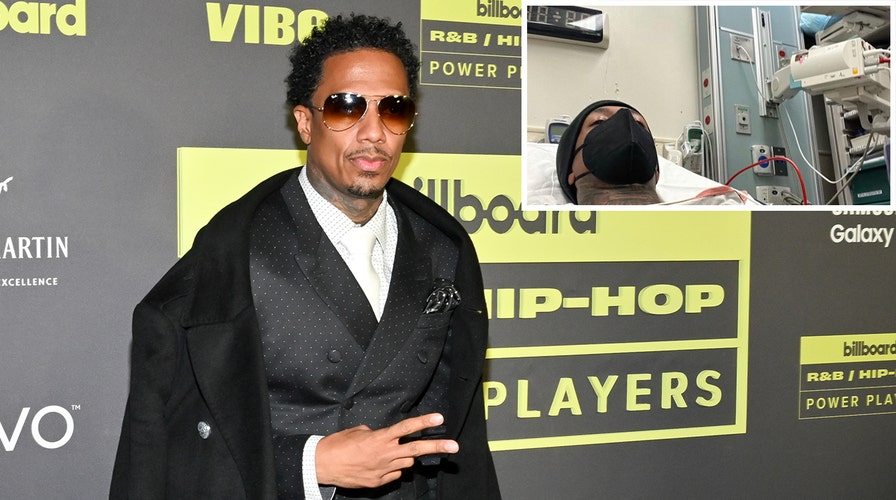 Life has finally caught up to Nick Cannon, the father to eleven children, as the musician and TV host landed himself in the hospital this weekend.

Taking to his Instagram, Cannon wrote, “Okay, so I guess I’m not Superman… I promised myself I would never be back at this place again… But this is a great lesson to take care of YOU or YOU won’t be able to take care of everyone else.”

Cannon, 42, revealed he had been diagnosed with pneumonia, stating, “nothing I can’t handle.”

He shared photos from his hospital bed, where he wore a black face mask and was surrounded by medical equipment. 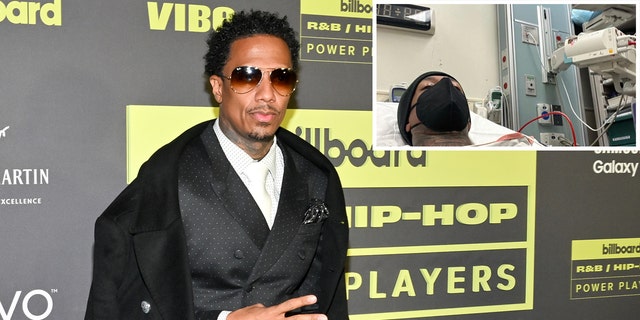 Nick Cannon shared photos of himself from a hospital bed to his Instagram.
(Michael Buckner/Billboard via Getty Images/Instagram)

The father of eleven, who is expecting his 12th child, continued, “Don’t trip though, I don’t need any well wishes or prayers, just some solid rest and I will be back on the journey to becoming stronger than ever.”

To jumpstart the month of December, Cannon, alongside GloRilla and A Boogie Wit Da Hoodie performed at Madison Square Garden for the “Nick Cannon Presents: MTV Wild ‘N Out Live” show. 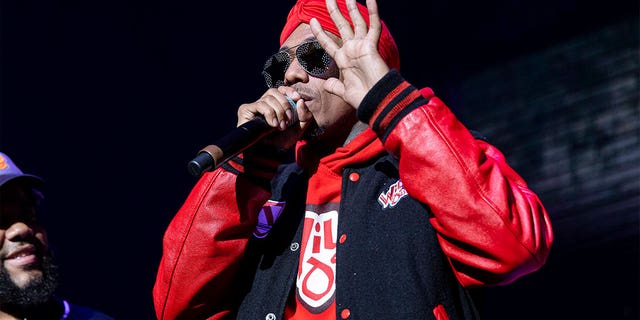 Prior to being hospitalized, Nick Cannon told his followers he had performed a sold-out show at Madison Square Garden.
(Scott Legato)

“Crazy thing is, last night we was just rocking a sold out crowd at Madison square garden in front of thousands of fans,” he wrote.

“Now I’m all alone in a tiny hospital room. Life is definitely a rollercoaster! #LupusWarrior” he added.

In 2012, Cannon revealed he was suffering from the autoimmune disease.

He revealed on Good Morning America that he had a “rare form of lupus” that specifically attacks his kidneys. 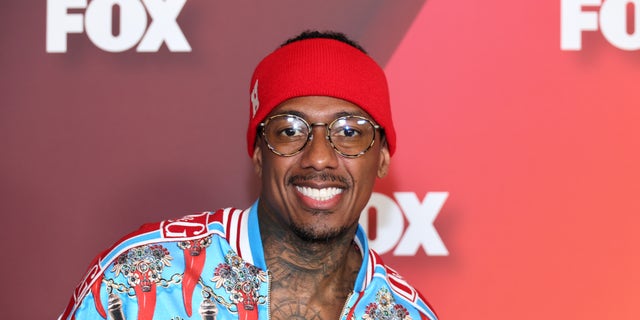 “I’ve never been one to like to take medicine, and pills and stuff,” he told host Robin Roberts.

At the time, Cannon said he had undergone a diet change due to the illness, noting, “I can’t have any fast food anymore.”