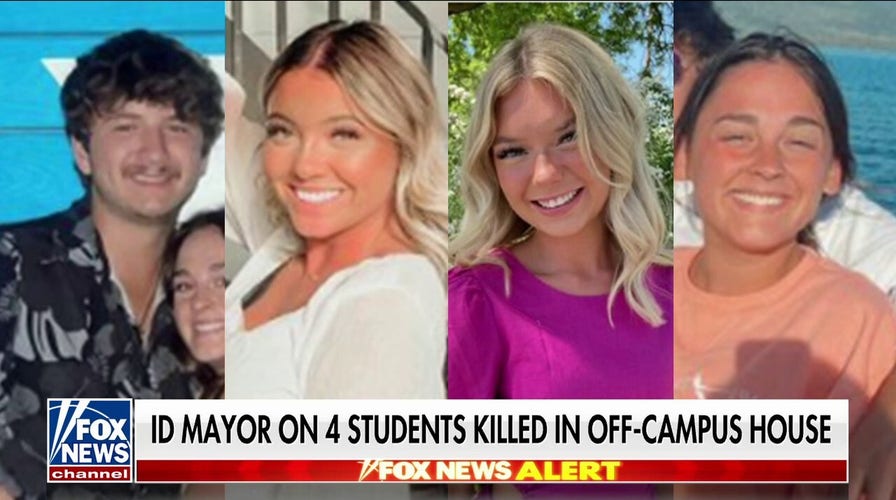 Moscow, Idaho Mayor Art Bettge gives an update on the investigation into the killing of four University of Idaho students.

Workers discovered a body, later identified as Kellen Bischoff, 19, at about 8:30 a.m. at Total Recycling Facility in Birdsboro, Pennsylvania, among crushed bottles and cans that were dumped by a trash hauler, according to the Berks County District Attorney.

An autopsy performed two days later revealed that the “victim’s injuries were consistent with having been dumped into and later compressed by the trash truck,” according to the release.

UNIVERSITY OF IDAHO HOMICIDES: WHAT TO KNOW ABOUT THE 4 VICTIMS ALLEGEDLY KILLED NEAR CAMPUS

A high school graduation photo of Kellen Bischoff next to a file photo of a dumpster.

To identify the body of Bischoff, who had several distinct tattoos, a description was sent to other law enforcement agencies. He was soon identified. He had been reported missing by his family.

Investigators learned that he had been in town visiting a relative and was last seen attending an off-campus party near Kutztown University.

Investigators tracked his final movements and obtained surveillance footage that showed that Bischoff was alone when he climbed into a dumpster early Saturday morning at the rear of the Dollar Tree on Constitution Boulevard in Kutztown. 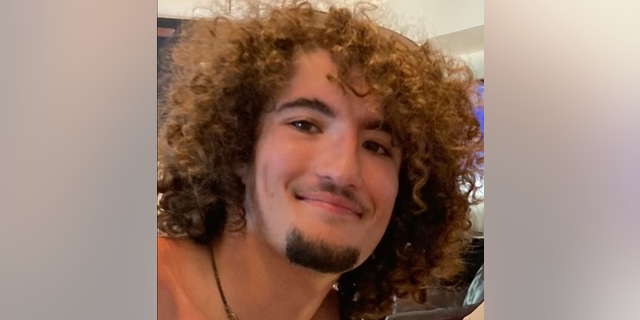 Kellen Bischoff, 19, died after climbing into a dumpster in Pennsylvania and getting crushed by a trash compactor, officials said.
(Instagram)

The footage shows a trash hauler arrive hours later and empty the dumpster into the rear of his truck then compress the contents – including Bischoff’s remains, the news release says. The teen’s body was then transported to the recycling facility.

“No signs of foul play or unexplained injuries were observed to the victim,” officials said in a press release.

A toxicology report is still pending. 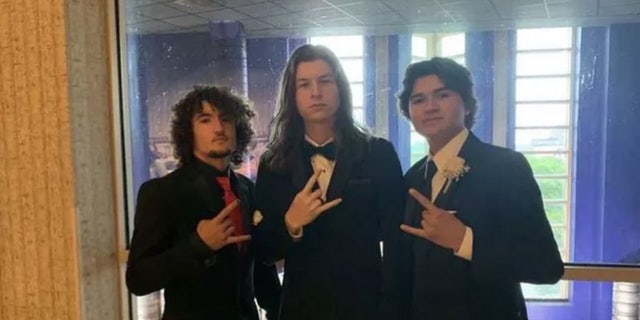 Bischoff (left) posing with his bandmates in the heavy metal band Hellfire. They launched a GoFundMe page to help his family pay for funeral expenses after he was crushed by a trash compactor.
(Instagram)

Bischoff, who hailed from Manahawkin, a town known as the gateway to the Jersey Shore, is survived by his parents and a sister. His bandmates launched a GoFundMe page to help his family with funeral expenses.

“Kellen was the drummer in our band Hellfire and was a dear friend of all of ours,” the GoFundMe account says. “He was very dedicated and passionate about music and our band.”