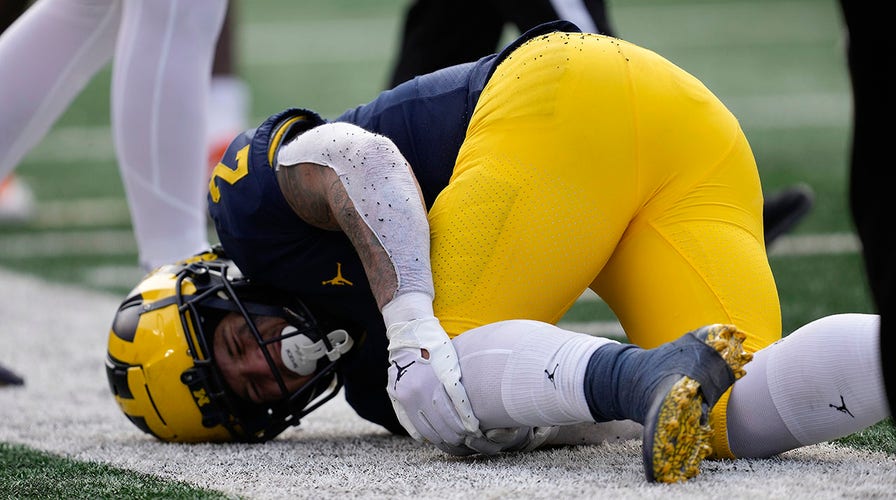 The Michigan Wolverines are fresh off their biggest win, arguably, since the 1997 National Championship, but some positive vibes from their 45-23 victory over Ohio State have vanished.

Running back Blake Corum, who could be a finalist for the Heisman Trophy, will undergo knee surgery and miss the remainder of the season, according to NFL Network. 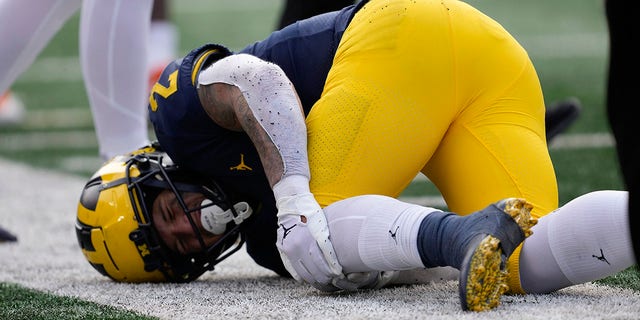 Michigan running back Blake Corum grabs his knee after being injured on a run against Illinois in Ann Arbor, Michigan, Nov. 19, 2022.
(AP Photo/Paul Sancya)

Corum suffered the injury on Nov. 19 against Illinois. He was active against Ohio State on Nov. 26 but only got two carries — both were on the Wolverines’ first drive of the game, and he was shut down for the remainder of the game.

Thankfully for the No. 2-ranked team in the country, Donovan Edwards filled in quite nicely. He rushed for 216 yards on 22 carries against the Buckeyes, including 75-yard and 86-yard touchdowns in the fourth quarter.

Michigan entered the game against their arch rivals as the third-ranked team in the country while Ohio State was ranked No. 2. After the win, Michigan moved up a spot (Georgia is still No. 1) while the Buckeyes fell to No. 5.

The junior rushed for 1,468 yards on 247 carries (5.9 YPC) and scored 18 touchdowns on the ground this season (he has two receiving scores as well). As a sophomore, he backed up Hassan Haskins but still managed to find the end zone 12 times (11 rushing, one receiving) on 168 total touches (144 rushes, 24 receptions). 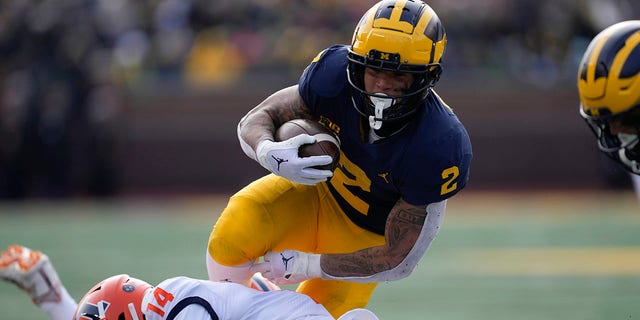 In an eight-game span this season, Corum rushed for 1,222 yards, gaining at least 108 yards on the ground in each game. In that stretch, he had four games with more than 160 rushing yards, including a 243-yard performance against Maryland on Sept. 24.

At this point, the Heisman is USC’s Caleb Williams’ to lose, but Corum was certainly in the conversation.

After their loss, Ohio State will likely need one of the top four (Georgia, Michigan, TCU, USC) to lose their conference title game this weekend to have any shot at qualifying for the College Football Playoff, which will expand to 12 teams beginning in the 2024 season. If the CFP began right now, Michigan would take on TCU in the semifinals — the Fiesta Bowl and Peach Bowl will be hosting the semifinal games. 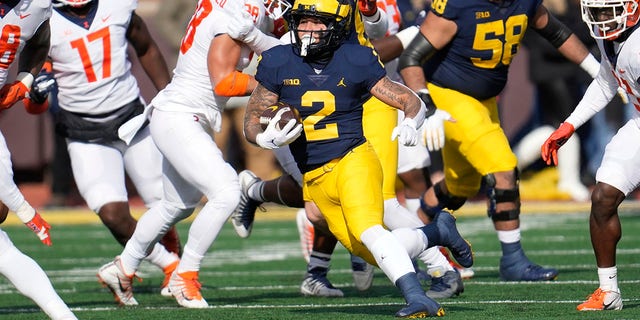 The Wolverines face Purdue in the Big Ten Championship on Saturday.