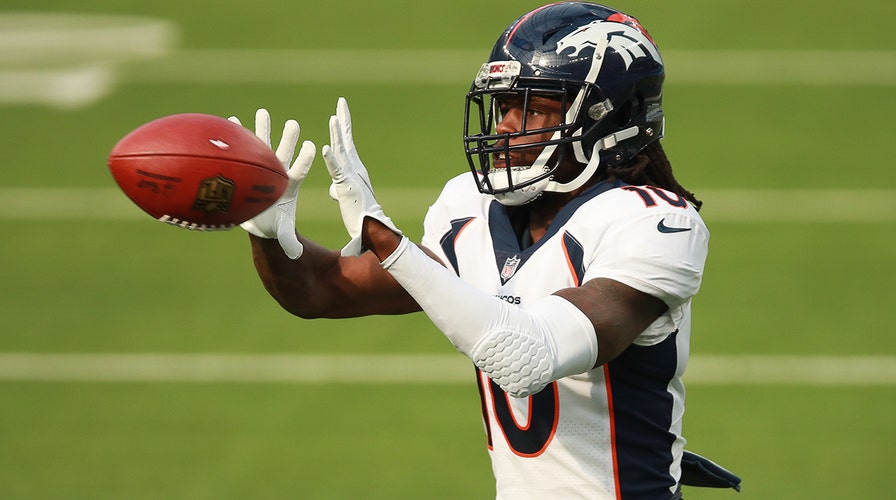 Denver Broncos wide receiver Jerry Jeudy was not ejected from this past Sunday’s game after he made contact with an official during an outburst.

The wideout will also avoid being suspended for his actions, according to the NFL Network. Jeudy became visibly upset after the referee missed what he believed was a holding call against a Kansas City Chiefs player who was guarding him.

Jeudy removed his helmet, screamed at the official and then appeared to bump into the referee as he walked toward the sideline. 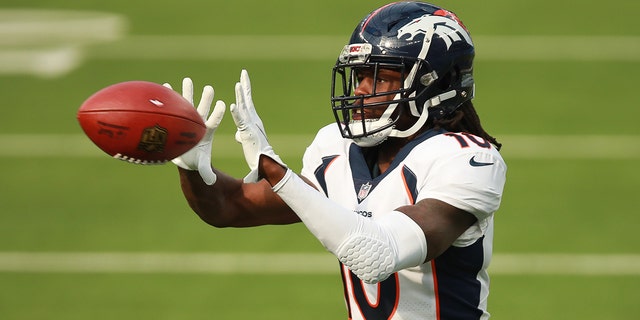 Jerry Jeudy (10) of the Denver Broncos warms up prior to the start of a game against the Los Angeles Chargers at SoFi Stadium Dec. 27, 2020, in Inglewood, Calif.
(Joe Scarnici/Getty Images)

Jeudy’s actions were not flagged during the game. However, according to NFL rules “unnecessary physical contact with a game official” can result in a player being disqualified for the remainder of a game.

After the game, Jeudy told reporters he was frustrated at the time and wanted to make a play.

“I was just — on that certain play, I got held,” he said. “I was just frustrated because we didn’t have things going, so I was out there playing with frustration, wanting to make a play for my team. I feel like, at that point, I was just held and that should’ve been called, but I have to know how to control my anger and just move on from there.” 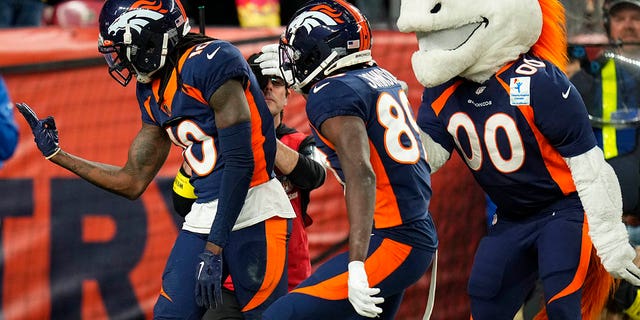 Denver Broncos wide receiver Jerry Jeudy, left, celebrates a touchdown catch during the second half of a game against the Kansas City Chiefs Sunday, Dec. 11, 2022, in Denver.
(AP Photo/Jack Dempsey)

The Broncos were being dominated by Kansas City at the time and trailed 27-0. 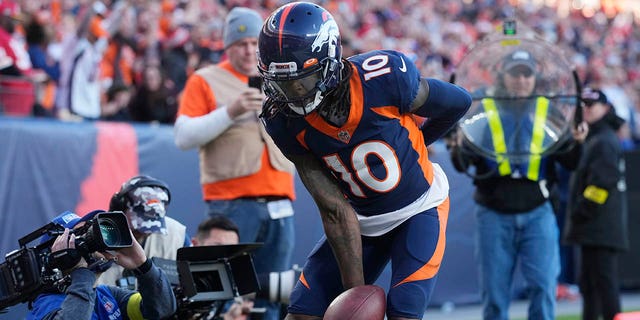 Denver Broncos wide receiver Jerry Jeudy (10) celebrates his touchdown catch during the first half of a game against the Kansas City Chiefs Sunday, Dec. 11, 2022, in Denver.
(AP Photo/David Zalubowski)

Broncos head coach Nathaniel Hackett mentioned that he spoke with Jeudy as soon as he was informed of what had taken place.

The former Alabama standout will likely receive fines for the multiple violations, according to the NFL Network.

The Broncos will play the Cardinals Sunday as the team attempts to end a five-game losing streak.