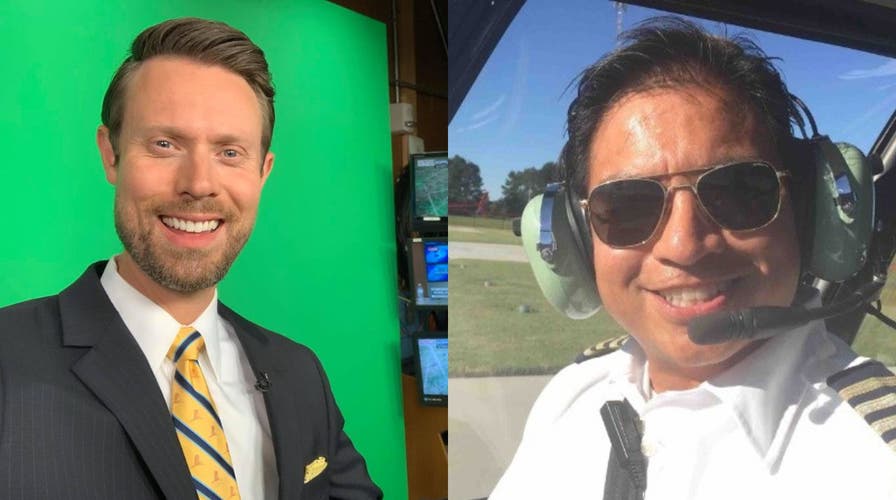 Two people aboard a North Carolina TV news helicopter were killed Tuesday after the chopper crashed in Charlotte.

The Charlotte-Mecklenburg Police Department said the crash happened just after noon, prompting authorities to shut down the southbound lanes on Interstate 77. 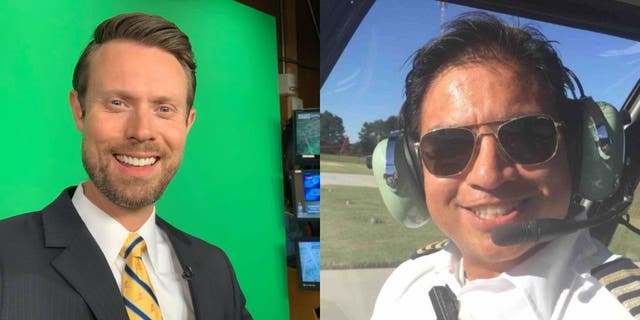 No vehicles were involved, police said.

The Federal Aviation Administration said a Robinson R44 helicopter crashed near the freeway and Nations Ford Road and that two people were on board. The FAA and the National Transportation Safety Board are investigating.

Local news station WBTV said its Sky 3 helicopter crashed with pilot Chip Tayag and meteorologist Jason Myers on board. Both were killed.

“The WBTV family is grieving a terrible loss,” the station said in a statement.

Myers grew up in North Carolina and worked in TV news in Raleigh, Texas and Virginia before coming back to the Charlotte area, the news outlet said. He leaves behind a wife and four children.

Tayag had been a pilot for more than 20 years and began working with WBTV in 2017.

“This is a terrible tragedy for the WBTV family and we are praying for them and all of those in the media who work so hard to keep the public informed,” North Carolina Gov. Roy Cooper tweeted.

CMPD Chief Johnny Jennings called the two deaths a “devastating loss” while praising the pilot, who apparently avoided crashing on the freeway.

“The pilot is a hero in my eyes,” he tweeted. “Witnesses indicated that the pilot made diversionary moves away from the highway to save lives. Because of his heroic acts, there were no further injuries or vehicles on the highway involved in the incident.”