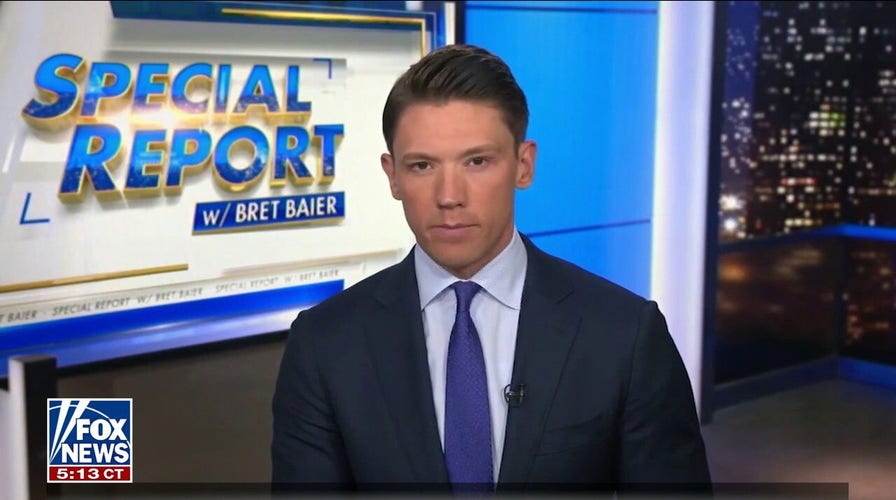 Fox News national correspondent Matt Finn reports on the $50,000 bail release of 41-year-old Shannon Brandt after running down an unarmed teenaged pedestrian who later succumbed to his injuries on ‘Special Report.’

A North Dakota official said that there’s “no evidence” supporting Shannon Brandt’s claim that 18-year-old Cayler Ellingson was part of a “Republican extremist group” before he allegedly used his car to hit the teenager, who later died.

Brandt, 41, is being charged with criminal vehicular homicide, as well as leaving the scene of a crash involving a death after the incident in the early Sunday morning hours. He was held in the Stutsman County Jail until Tuesday, when he posted a $50,000 bond and was released.

The incident happened after a “street dance” in McHenry, North Dakota and Brandt told state first responders’ radio that he struck the pedestrian with an SUV because the pedestrian was threatening him,” a probable-cause affidavit states. The document also states that Brandt fled the scene, but later returned and called 911.

Brandt also thought that Ellingson was part of a “Republican extremist group,” and then allegedly hit him, according to the court document. 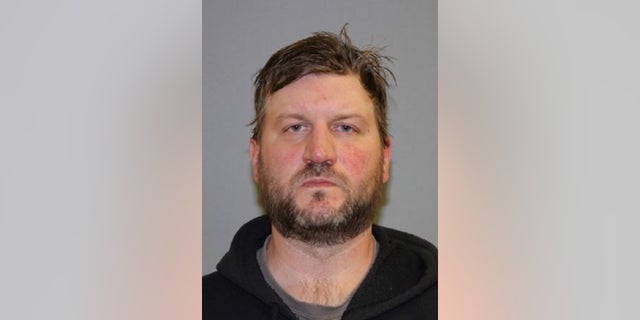 Shannon Brandt, 41, is charged in the vehicular death of a North Dakota teenage boy he claimed occurred after a political argument.  (Foster County Sheriff) 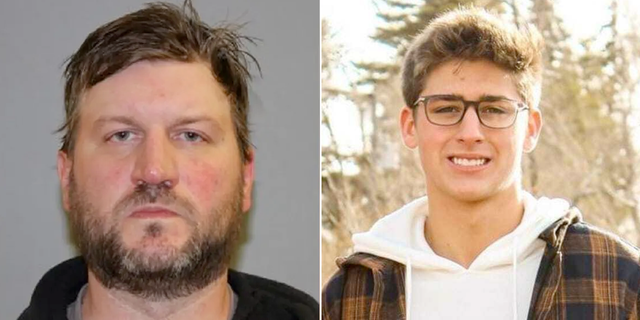 “There is no evidence to support the claim Brandt made about Ellingson,” Niewind said. “This remains an active investigation and as evidence is gathered and reviewed, we will consult with the Foster County State’s Attorney to determine if Brandt’s current charges will remain as currently charged or if additional charges will be brought against him.”

Ellingson was taken to a hospital after the incident with serious injuries but later died. 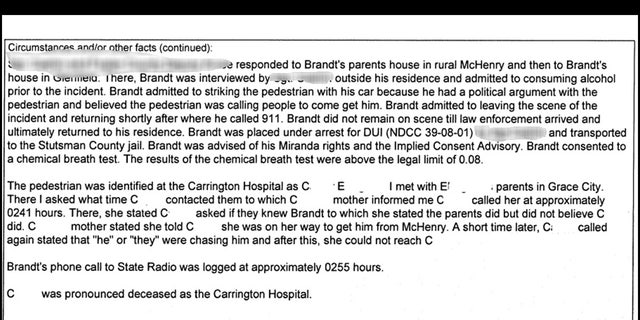 Portion of the probable cause affidavit for the Sept. 18 arrest of Shannon Brandt (Foster County State’s Attorney’s Office)

The parents of Ellingson told police that they knew Brandt, but didn’t believe that their son, Cayler, knew him.

Police went to Brandt’s residence in Glenfield where he began to talk, and “admitted to consuming alcohol prior to the incident,” the affidavit states. 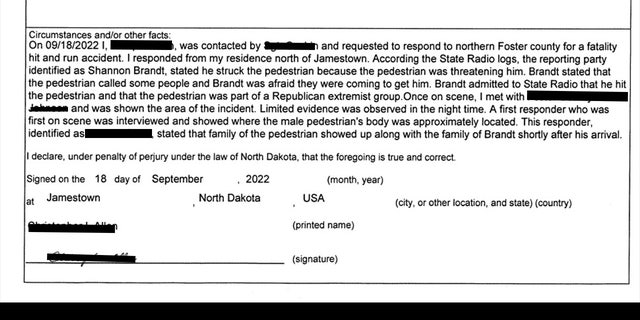 Portion of the probable cause affidavit for the Sept. 18 arrest of Shannon Brandt (Foster County State’s Attorney’s Office)

Brandt’s blood-alcohol level was 0.08, a breathalyzer test later showed, according to the affidavit.