A 4.4 magnitude earthquake in Northern California prompted a response from fire officials over reported gas leaks, odor of gas, fire alarms going off and stuck elevators Tuesday evening, according to the Santa Rosa Fire Department.

The earthquake was centered in Santa Rosa, which is a little over 50 miles north of San Francisco.

The 4.4 temblor, which struck around 6:39 p.m. PT was quickly followed by a 3.9 magnitude one, according to the San Francisco Chronicle. The epicenter was 4.66 miles underground. 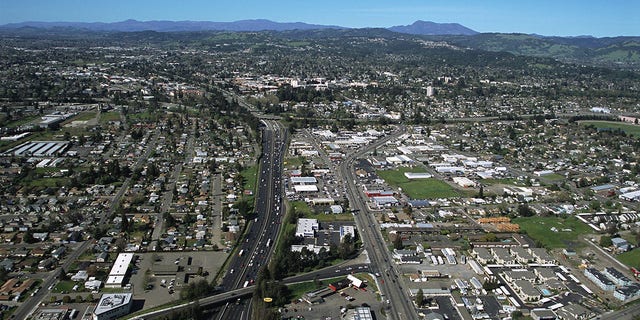 Downtown Santa Rosa with Hwy. 101 passing through its middle is viewed in 2006.  (George Rose/Getty Images)

The quakes, which were felt as far north as Mendocino County and as far south as Santa Clara County, also knocked pictures off walls, according to the newspaper and the U.S. Geological Survey.

“I wasn’t sure if a plane had gone down nearby – it was so loud,” downtown Santa Rosa resident Brooks Anderson told the Chronicle. He said several oil paintings fell off his walls.

He said his home was built in 1876 and also survived the famous 1906 San Francisco earthquake that killed thousands of people. 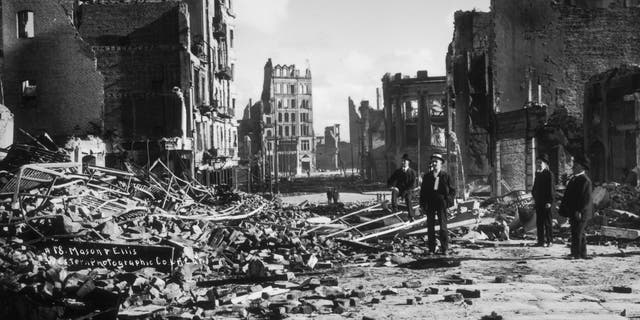 People standing in the rubble of collapsed buildings on Mason and Ellis Streets after the earthquake and fire of April 18, 1906, in San Francisco, California. (Historic Photo Archive/Getty Images)

No injuries or major damage has been reported, according to the Santa Rosa Police Department.

A 2.9 magnitude quake hit the East Bay on Sunday, according to the Chronicle.

The area is vulnerable to quakes, with Santa Rosa sitting on the Rodgers Creek Fault east of the San Andreas Fault, which sits under San Francisco.