An adorable K9 training to be one of the world’s toughest dogs, was caught wildly paddling through a river while soaking in some summer fun.

The viral TikTok video posted by Highland Canine – professional dog trainers – shows the K9 named Gambit rapidly swimming to get out of a river.

Gambit rapidly raised his paws as he sporadically splashed through the water and towards a trainer. Another dog can be seen calmly moving around him as others wait for him to reach the platform.

Gambit safely swims to a trainer waiting for him with open arms. 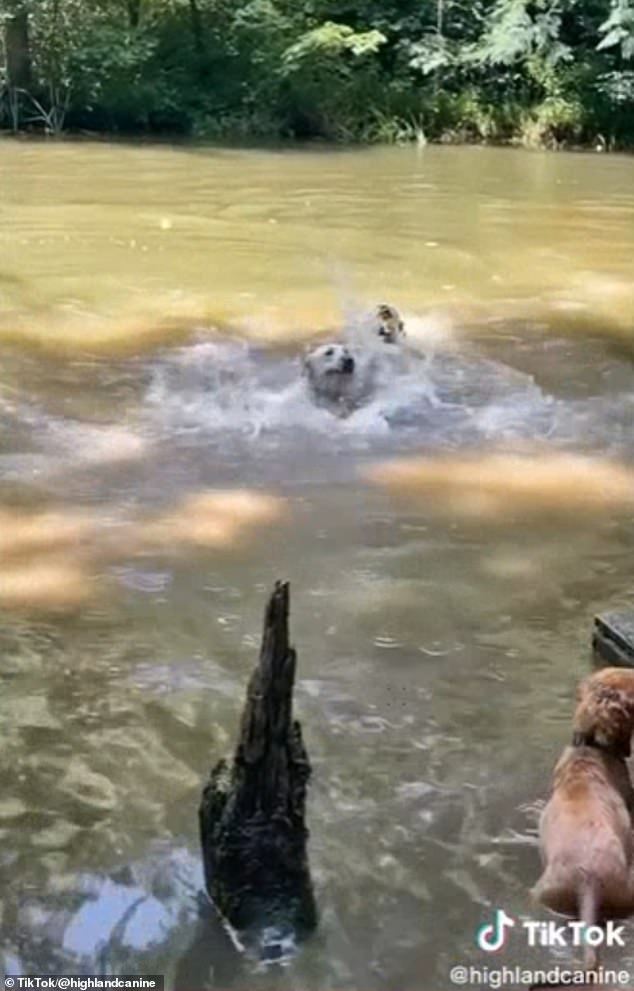 Gambit the K9 took a swim in a river along with other pups. The K9 can be seen in a viral TikTok video frantically splashing around in the water as one calmly passes around him. The video was posted by a dog training agency, Highland Canine. 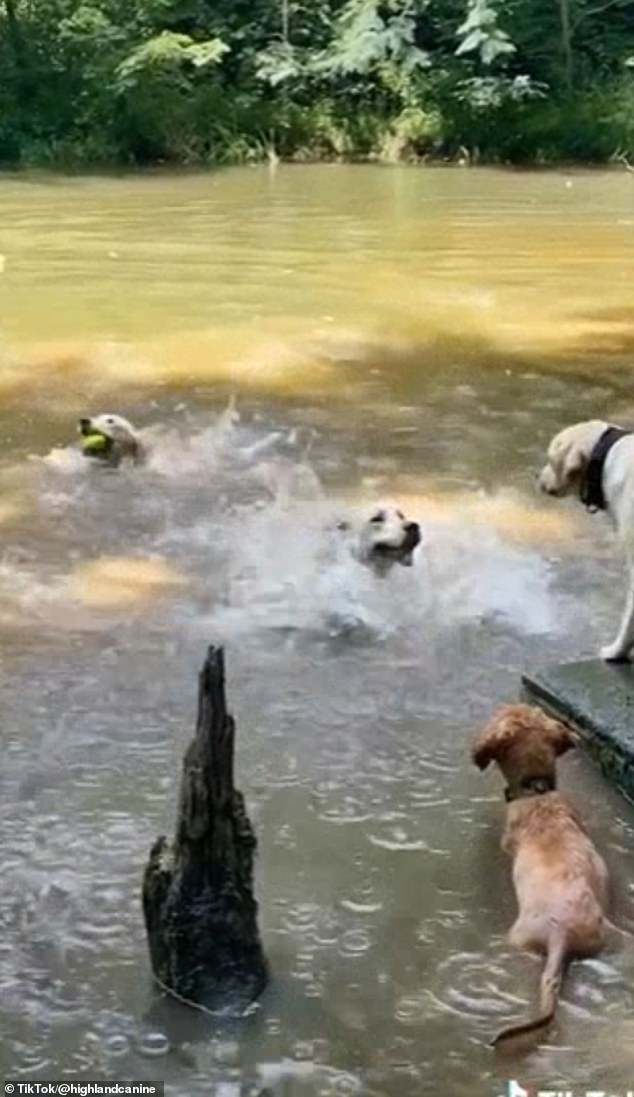 ‘K9 Gambit needs some swimming lessons,’ Highland Canine wrote in the caption. Gambit can be seen wildly making his way to a platform where a trainer waits for him

The social media video shared by a group of dog trainers displays various videos of the dogs they train daily.

The group recently shared a video of a three-legged K9, Igor. The ‘tripod K9’ was able to return to training after an accident took his foreleg. Igor is a three-legged friend ‘that has beat the odds and is back to work like nothing ever happened.’

‘He was injured in a training accident and had to have his front leg amputated,’ Highland Canine shared. ‘But he has not let that slow him down. He will now return to full service with his handler.’

The video shows Igor going on walks, running and gripping his teeth on various items, and sniffing through various boxes.

Meet K9 Igor, the newly tripod K9 that has beat the odds and is back to work like nothing ever happened! Join us in wishing them the best 💙#police#policek9#dog#belgianmalinois

Highland Canine also showed off another K9 German Shepard in action. The ferocious dog was seen in the middle of a field with a decoy.

‘Coming in hot,’ the group wrote on TikTok while sharing a video of the dog running towards a trainer used as decoy.The German Sheppard is seen gracefully leaping and sinking its teeth into the arm of the decoy as the trainer spins around.