New York’s highest court has ruled that Happy the Elephant is not a legal person and therefore not entitled to basic human rights.

Tuesday morning, the State of New York Court of Appeals issued its 5-2 decision in Matter of Nonhuman Rights Project v. Breheny, affirming the lower court’s ruling that Happy the Bronx Zoo elephant is not a legal person and therefore her captivity at the zoo is lawful.

“For centuries, the common law writ of habeas corpus has safeguarded the liberty rights of human beings by providing a means to secure release from illegal custody,” the court wrote in its opinion. “The question before us on this appeal is whether petitioner Nonhuman Rights Project may seek habeas corpus relief on behalf of Happy, an elephant residing at the Bronx Zoo, in order to secure her transfer to an elephant sanctuary.” 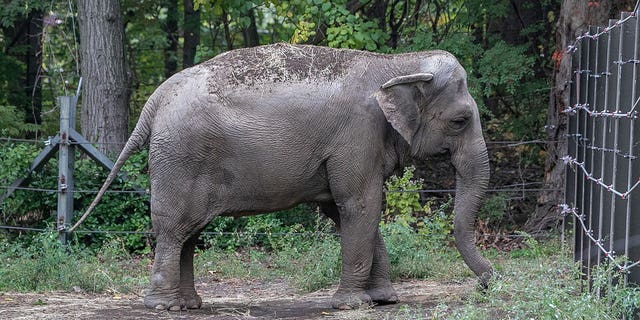 The court recognized that while animals – particularly those as intelligent as elephants – deserve “proper care and compassion,” they are not human beings and therefore are completely outside the jurisdiction of human rights law.

“Because the writ of habeas corpus is intended to protect the liberty right of human beings to be free of unlawful confinement, it has no applicability to Happy, a nonhuman animal who is not a ‘person’ subjected to illegal detention. Thus, while no one disputes that elephants are intelligent beings deserving of proper care and compassion, the courts below properly granted the motion to dismiss the petition for a writ of habeas corpus, and we therefore affirm.”

Nonhuman Rights Project launched their efforts to free Happy four years ago with a petition for a common law writ of habeas corpus. The petition demanded the state recognize Happy as a legal person with all rights associated with the designation. Protesters took particular issue with Happy’s social health, saying that keeping the elephant alone in her enclosure is damaging to its health.

Happy originally had two companions – named Grumpy and Sammie – but both have died over the decades. Grumpy passed away from injuries caused by other elephants.

Nonprofit organizations and animal sanctuaries have spoken out against Nonhuman Rights Project’s allegations of elephant abuse.

“The Bronx Zoo is a well-respected and fellow-accredited member of the Association of Zoos and Aquariums (AZA),” said Elephant Sanctuary, the country’s largest refuge for elephants. The sanctuary has repeatedly distanced itself from the movement. “The Elephant Sanctuary is not affiliated with the Nonhuman Rights Project’s ‘Free Happy’ movement and has requested that The Sanctuary not be referenced in the Project’s ongoing campaign.”

The Bronx Zoo has vehemently defended its practices and fired back repeatedly to claims that Happy is not being treated well.

“All decisions regarding the health and welfare of the animals at the Bronx Zoo will continue to be made by our animal care experts who know them best,” the zoo said in a statement. “At this time, the veterinarians, keepers and curators at the Bronx Zoo believe it is best for Happy to remain in familiar surroundings with the people she knows, relies on and trusts. We continually assess Happy’s situation and will make decisions based on what is best for her as an individual.”