New York Democrat Max Rose warned there is a “causal relationship” between liberal crime policies and the surge in violence. Rose detailed “obvious” solutions to the uptick in crime on “Fox & Friends,” highlighting the need to grant judges more “discretion” while also listening to law enforcement.

MAX ROSE: There’s definitely a causal relationship to this and the stats do not lie. Emerging in New York, particularly over the last year, there is a revolving door, a culture of criminality without consequence, some of which I think is undeniably tied to this bail law. And what’s shocking about this is that this solution is so obvious. We need to give judges discretion to actually make decisions pending to the individual case, particularly as it pertains to these individuals who keep on committing crimes. It’s my belief that we should be listening to law enforcement officials on the ground. We should be listening to other Democrats who are voicing these concerns, such as the mayor, Eric Adams, and make these very sensible changes. Every single year it feels like New York State Democrats come back and tweak this bail law. We all know that they’re going to do it again. They should do it as quickly as possible because it’s not just people’s lives on the line, it’s people’s businesses.

WATCH THE INTERVIEW FROM “FOX & FRIENDS” BELOW: 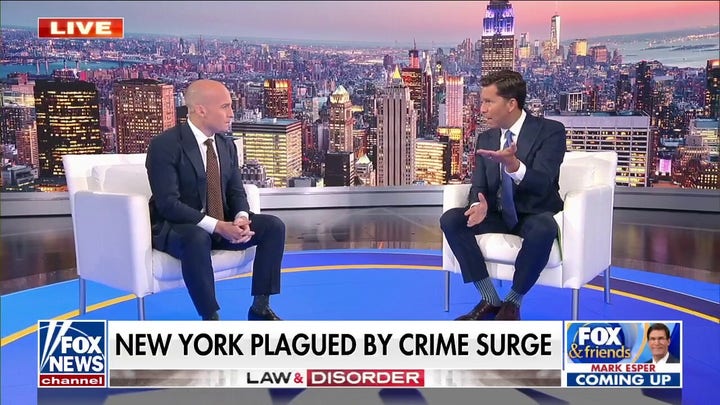