New York Mayor Eric Adams is keeping an eye on the White House, just in case President Biden decides to step down in 2024, according to a report in the New York Post.

Biden’s capacity for a second term has been a topic of intense discussion since before he even entered the Oval Office. The 79-year-old has become increasingly prone to gaffe and apparent confusion while going through his day-to-day responsibilities. 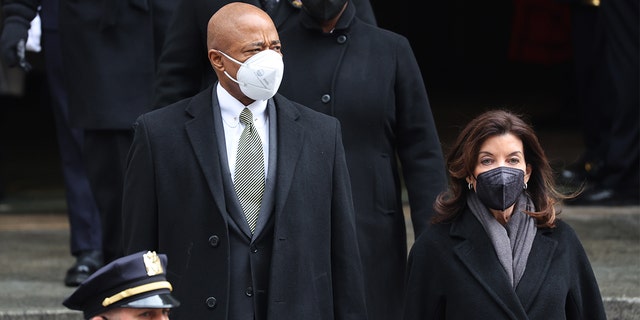 Adams previously joked about the presidency when speaking about his dyslexia, joking to an audience that if he’d been diagnosed with the affliction earlier, he might be president instead of mayor.

Adams advisor Evan Thies told the Post that rumors were unfounded, saying, “The mayor has not had any conversations with anyone about running for president. He is 100% focused on lowering crime and improving the economy in New York, and bringing this city back.”

A new poll released earlier this month shows the majority of New York City voters disapprove of how Mayor Eric Adams has handled surging crime in his just over four months in office. 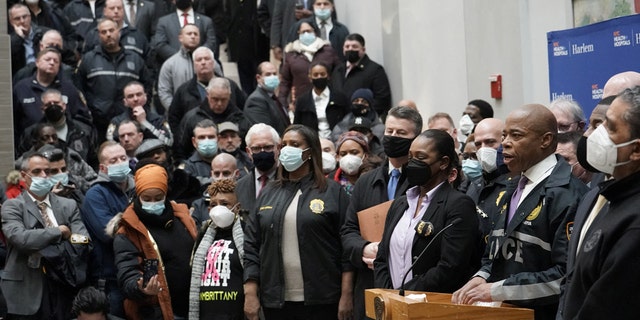 New York City Mayor Eric Adams speaks addresses the press about the scene where NYPD officers were shot while responding to a domestic violence call in the Harlem neighborhood of New York City, Jan. 21, 2022. (REUTERS/Dieu-Nalio Chery)

Across all political parties, races, genders, age groups and boroughs, crime is viewed as the most urgent issue facing the Big Apple, according to a Quinnipiac University poll of registered New York City voters.

Fox News reached out to the Eric Adams campaign office but did not receive a response.