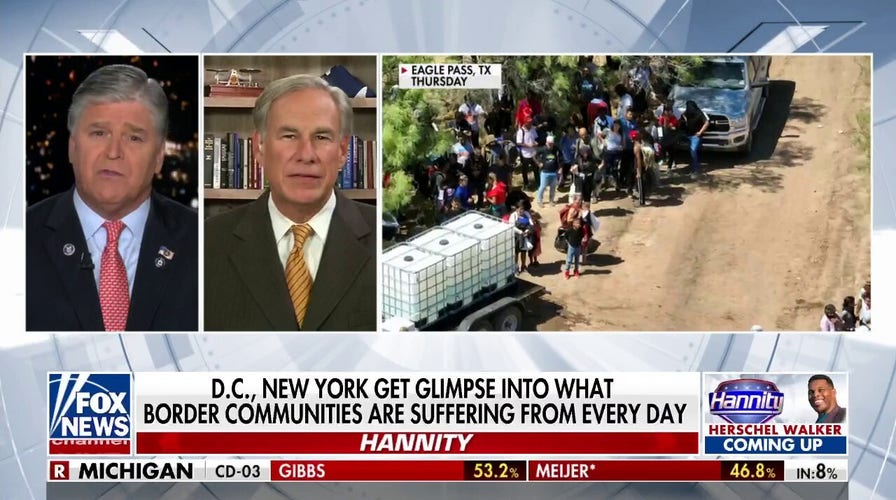 Gov. Abbott: We are looking at other cities to send migrants

Texas Gov. Greg Abbott said he will continue busing migrants to Democratic-run cities so they can understand the border crisis on ‘Hannity.’

In a letter addressed to Adams and Washington, D.C., Mayor Muriel Bowser on the first of the month, Abbott, a Republican, said Texas has spent over $3 billion in the past 18 months “to curtail the devastation felt by our communities large and small.”

While Abbott asserted that the crisis was created by President Biden, as illegal crossings have hit record highs repeatedly since he took the helm as commander and chief, Adams, a Democrat, has spent the past month criticizing the “callousness” of southern border states’ leadership, such as in Texas and Arizona, for busing migrants elsewhere.

Abbott said that although Texas has been organizing bus rides for migrants to the U.S. capital, he has not been busing them to the Big Apple like Adams has claimed in recent weeks.

“Your recent interest in this historic and preventable crisis is a welcome development—especially as the President and his Administration have shown no remorse for their actions nor desire to address the situation themselves,” Abbott wrote in an apparent double-edged comment toward Adams and Bowser, who have been his frequent critics. “As Governor, I invite you to visit our border region to see firsthand the dire situation that only grows more urgent with each passing day, and to meet with the local officials, who like yourselves, realize this matter deserves immediate federal action. I also ask you to join me in requesting President Biden secure the border and put an end to this disastrous crisis.” 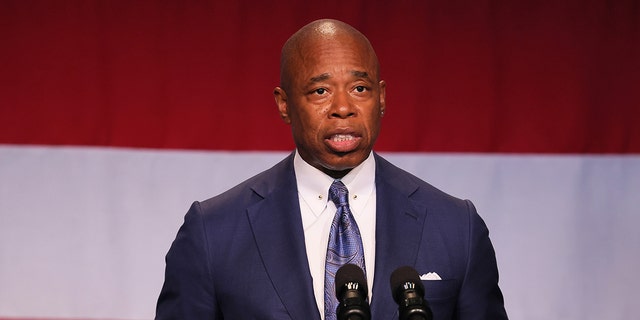 He told the mayors that Biden’s “reckless open border policies have created a dangerous environment not only for tens of millions of Texans, but for communities all across the nation, including yours.”

“We agree that this crisis demands immediate federal action to prevent the flood of deadly fentanyl, now the leading cause of death for Americans ages 18 to 45, the unimaginable horrors caused by human smuggling and trafficking, the known terrorists from entering our country, and the countless other crimes that have been committed by the hundreds of thousands of ‘gotaways’ that the Biden Administration has let slip through,” Abbott wrote. “I look forward to welcoming you the Texas-Mexico border so that you can see this crisis for yourself. Please contact my office to make travel arrangements for your visits.”

But a spokesman for Adams’ flatly rejected the offer to visit the border.

“Instead of a photo-op at the border, we hope Governor Abbott will focus his energy and resources on providing support and resources to asylum seekers in Texas as we have been hard at work doing in New York City,” Adams’ spokesman, Fabien Levy, said in a written statement. “We continue to work with federal partners to receive additional financial resources immediately, but will never turn our backs on those in need who are arriving here.” 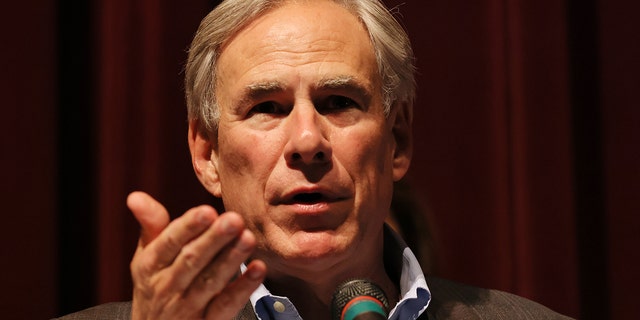 Texas Gov. Greg Abbott speaks during a press conference to give an update after the mass school shooting on May 27, 2022, in Uvalde, Texas.  (Michael M. Santiago/Getty Images)

In a statement released in conjunction with the letter Monday, the governor’s office said “Texas has bused thousands of migrants to Washington, D.C. who would have otherwise been released into small border communities with more limited resources than the nation’s capital.” Last month, Abbott responded to Adams’ “false accusations attacking the mission by calling on the mayor to direct his complaints to President Biden for refusing to secure the southern border,” the statement added.

Adams, who leads the largest city in America, has been appealing to the federal government for additional funding to address the migrant influx.

The same day he was invited to the border, Adams announced an “emergency procurement” of shelter and other services for people seeking asylum in New York City. He noted that about 4,000 asylum seekers have entered the city shelter system since late May — the primary driver of the approximately 10% increase in the city’s Department of Homeless Services’ census. 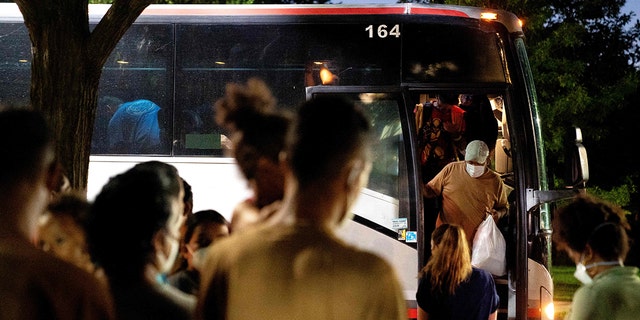 Migrants from Venezuela, who boarded a bus in Del Rio, Texas, disembark within view of the U.S. Capitol in Washington, DC, on August 2, 2022.  (STEFANI REYNOLDS/AFP via Getty Images)

“New York is a city of immigrants, and we will always welcome newcomers with open arms. Over the past two months, we have seen a significant increase in the number of asylum seekers arriving in our city’s shelter system,” Adams said in a statement. “To fulfill our city’s legal and moral mandate to provide quality shelter to anyone experiencing homelessness, and to ensure we are providing appropriate services to asylum seekers, we are immediately issuing an emergency procurement declaration to rapidly procure additional shelter and services to serve these individuals and families.”

Opting for the term “asylum seekers” to describe the influx of migrants, Adams noted that New York City, known for its pro-sanctuary city policies, does not track individuals’ immigration status on intake forms to “protect individuals from federal detainment or deportation, and because the city provides shelter to all who need it — regardless of immigration status.”

Recognizing both a humanitarian and security crisis at the border, Abbott launched Operation Lone Star in partnership with the Texas Department of Public Safety and the Texas National Guard in March 2021. Since then, the agencies have deployed thousands of troopers and guardsmen “to combat the smuggling of people and deadly drugs like fentanyl from Mexico into Texas,” the governor’s letter said.

Abbott said the operation utilizes air, ground, and tactical border security assets “in an attempt to deny Mexican drug cartels and other criminals the ability to smuggle drugs and people directly into our state.” To date, the mission has led to more than 290,000 migrant apprehensions and more than 18,000 criminal arrests, with more than 15,000 felony charges reported.

“As law enforcement agents along the Texas-Mexico border respond to thousands of illegal crossings each and every day, putting their lives on the line for Texans and for all Americans, the crisis demands the attention of not only the Biden Administration, which is responsible for securing the border, but of leaders across the country,” Abbott wrote. “Unfortunately, President Biden and his ‘Border Czar’ Vice President Harris have refused to see this crisis for themselves—remaining willfully ignorant of the crisis that they have created. In fact, U.S. Department of Homeland Security Secretary Mayorkas recently testified that the border is ‘safe and secure.’ It is neither safe nor secure, as you can both attest to.”