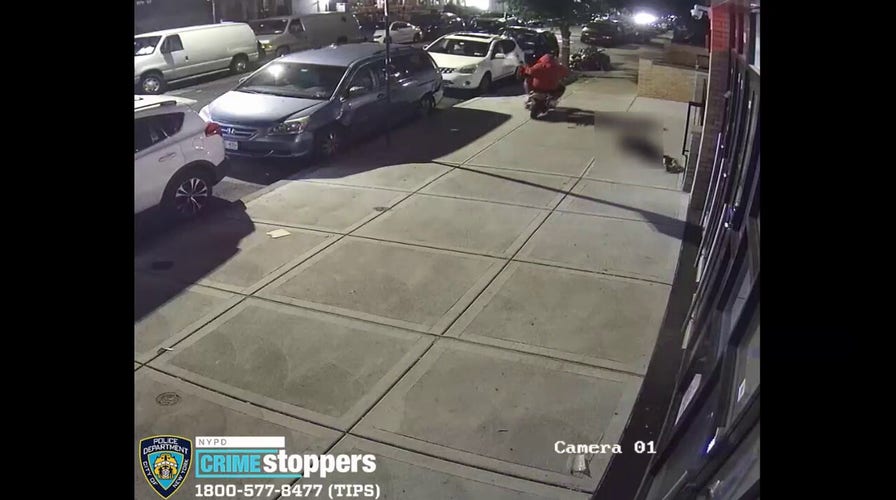 Police in New York City are asking for the public’s help identifying two suspects seen on video riding a moped and snatching a woman’s purse in the Sunset Park neighborhood of Brooklyn.

Police in New York City have released a startling video showing a woman being thrown along a sidewalk as her purse was stolen by two individuals riding on a moped.

“One of the individuals was operating the moped while the other pulled the victim’s purse off of her shoulder,” the NYPD said in a statement obtained by Fox News Digital. “Due to the speed of the moped and the force used to grab the purse, the victim fell to the ground and sustained injuries to her face and right hand.”

Police said the stolen purse “contained a cellphone and approximately $700.” 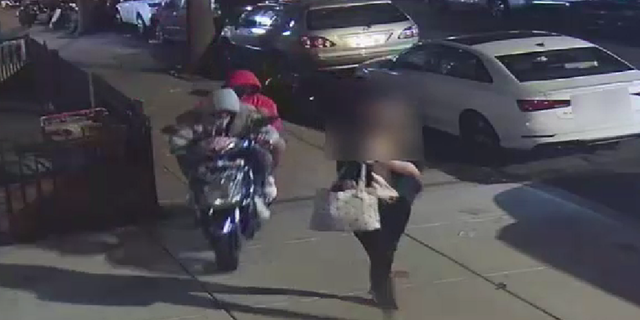 The suspects are first seen approaching the woman from behind on a moped. (NYPD)

Video released of the robbery shows the woman first walking down a sidewalk as the moped approaches her from behind.

An individual riding on the back of the moped, who was wearing a red hooded jacket, is then seen reaching out to grab the victim’s purse as the vehicle races by her. 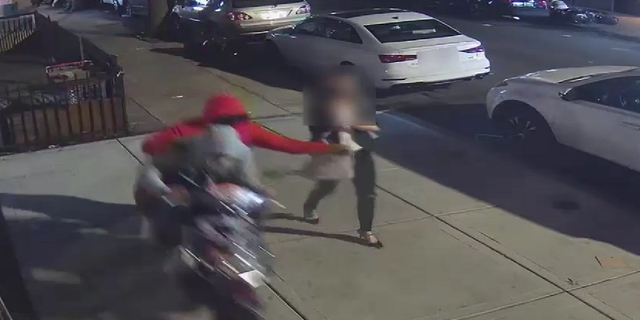 The individual riding on the back of the moped is seen grabbing the victim’s purse. (NYPD)

The woman attempts to hold onto the purse before losing control of it, sending her tumbling to the ground while the moped speeds away. 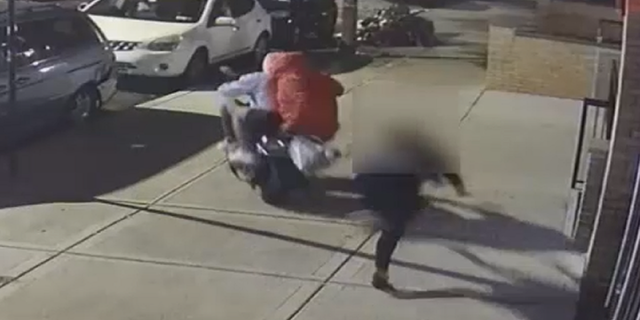 The woman appears to attempt to hold onto the purse, but ultimately loses control and is thrown to the ground. (NYPD)

The victim is now reported to be in stable condition while the suspects have yet to be identified.

The NYPD is offering a reward of up to $3,500 for information in the case.