The New York Times was accused of stealth-editing its report on the U.S. drone strike that killed al Qaeda leader Ayman al-Zawahri, scrubbing his ties to a Taliban leader the paper previously gave a platform to.

The Biden Administration announced Monday it successfully targeted al-Zawahri, one of the masterminds behind the 9/11 attacks.

The Times published a report outlining details surrounding the drone strike, including where exactly he was located in Kabul, Afghanistan.

“According to one American analyst, the house that was struck was owned by a top aide to Sirajuddin Haqqani, a senior official in the Taliban government whom American officials say is close to senior Qaeda figures,” the Times wrote. 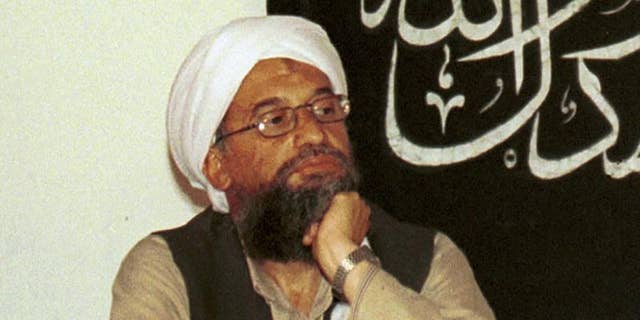 That paragraph was later scrubbed from the Times’ report as pointed out by Pluribus editor Jeryl Bier. And no editor’s note was placed on the report acknowledging the change.

Critics pointed out that Haqqani, who heads the terrorist Haqqani network linked to suicide bombings and attacks on Americans, penned an infamous 2020 op-ed for the New York Times about what the Taliban wanted from the U.S. in Afghanistan.

However, the report added a paragraph referring to the Haqqani network while watering down Sirajuddin Haqqani’s direct ties.

“After the strike, members of the Haqqani network, a terrorist group that is part of the Taliban government, tried to conceal that Mr. Zawahri had been at the house and restrict access to the site, according to a senior administration official. But the official said the United States had multiple intelligence threads confirming that Mr. Zawahri was killed in the strike,” the Times wrote.

The apparent steath-edit fueled speculation that scrubbing of Haqqani’s connection to al-Zawahri is tied to the revived criticism the Times has received for giving the Taliban leader a platform.

A spokesperson for The New York Times rejected that assertion.

“We regularly edit web stories—especially breaking news stories—to refine the story, add new information, additional context or analysis,” the Times spokesperson told Fox News. “We only make note of changes if they involve an error, as making note of every change is unrealistic and would not serve the reader. In this case, we updated a complex piece of breaking international news with additional detail from open press briefings. There is absolutely no connection between the editing of this news item and any previous publication by Times Opinion.”

The Times spokesperson did not answer inquiries about the reason behind the initial paragraph being scrubbed from the report nor about the timing of the new paragraph that was later added, but reiterated, “there’s no connection between [Bier’s tweet] and our editing of the story.” 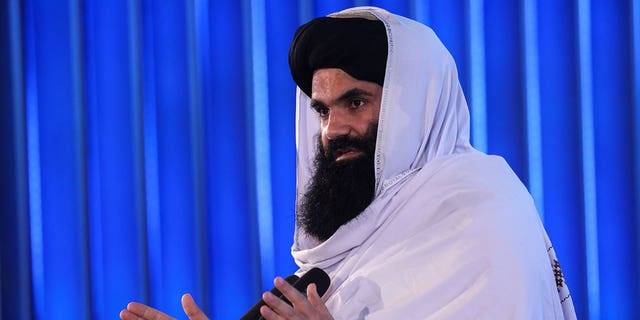 Haqqani is deputy leader of the Taliban, the militant Islamist organization now ruling Afghanistan in the wake of the U.S.-backed government’s collapse last year following Biden’s troop withdrawal. He also serves as the country’s interior minister, and his connections to Zawahiri underscore the bond between their extremist groups.

The Times raised eyebrows when it published an op-ed by Haqqani on Feb. 20, 2020, when the Taliban was in the midst of talks with the Trump administration about a possible U.S. troop withdrawal and an end to the Afghanistan war, which began in 2001 when U.S. forces toppled the Taliban. Haqqani expressed a lack of trust in the U.S. but said an agreement would allow Afghans to enjoy “our shared home where everybody would have the right to live with dignity, in peace.” Despite his terrorist actions, he was only identified by the Times as the “deputy leader of the Taliban.”

The New York Times was accused of stealth-editing its report on the U.S. drone strike that killed al Qaeda leader Ayman al-Zawahri, scrubbing his ties to a Taliban leader the paper previously gave a platform to.  (DON EMMERT/AFP via Getty Images)

His piece, shredded by critics as pure propaganda, also declared the Taliban was “committed to working with other parties in a consultative manner of genuine respect to agree on a new, inclusive political system in which the voice of every Afghan is reflected and where no Afghan feels excluded.” In addition, he declared awareness of “concerns about the potential of Afghanistan being used by disruptive groups to threaten regional and world security. But these concerns are inflated: Reports about foreign groups in Afghanistan are politically motivated exaggerations by the warmongering players on all sides of the war.”

“The piece by Siraj Haqqani in @nytopinion- which’s independent of our news operations & judgment – omits the most fundamental fact: that Siraj is no Taliban peace-maker as he paints himself, that he’s behind some of most ruthless attacks of this war with many civilian lives lost,” Mashal wrote before sharing links to several Times reports showing what Haqqani’s group has been accused of over the years.

The Times defended printing his arguments, with a spokesperson saying the newspaper understood how “dangerous and destructive the Taliban is” but nevertheless “our mission at Times Opinion is to tackle big ideas from a range of newsworthy viewpoints.”