The Oklahoma State Bureau of Investigation announced on Friday that it has made an arrest in a 30-year-old ‘Baby Doe’ case involving a baby who was murdered in 1993.

Meaonia Michelle Allen, 53, turned herself in to a special agent with the Oklahoma State Bureau of Investigation on Friday in Hugo, Oklahoma.

Allen had an outstanding warrant for one count of first degree murder with deliberate intent.

A special agent who was working on the ‘baby doe’ case began working with the Cold Case Unit, which included criminologists within the agency’s forensic science center, and submitted the baby’s DNA sample to Parabon Nanolabs in Reston, Virginia. 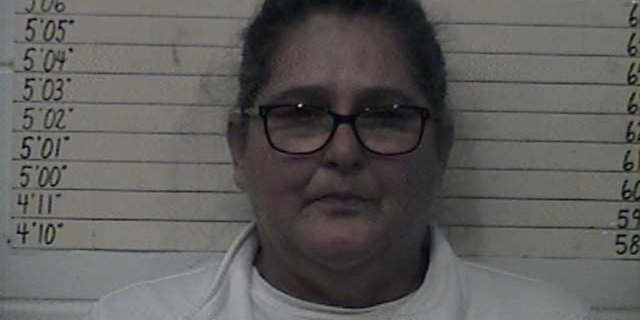 In June, more DNA testing resulted in the identification of Allen as the dead baby boy’s mother. Allen admitted to being the mother of the baby boy in a follow-up interview with law enforcement officials.

During a June 15 interview with a special agent, Allen submitted DNA samples to be tested in order to “determine if she was the biological mother of Baby Doe.”

Shortly after submitting her DNA, Allen confessed to being the biological mother of “Baby Doe” and “cutting the baby’s throat shortly after his birth,” according to the agency.

Ricky Adams, director of the Oklahoma State Bureau of Investigation, said that the baby’s killer can now be held accountable.

“The synergy between our agents and criminalists to solve cold cases, especially those with an unidentified victim, is to be applauded,” Adams said. “Identifying the use of genetic genealogy as a tool and the work of Parabon and our internal genealogy specialist provided significant leads in this disturbing case. Baby Doe can now be properly laid to rest and his killer will be held accountable.”

“Baby Doe,” according to the agency, was found dead on December 8, 1993, by someone who found the dead child in their front yard. After an autopsy was conducted, the medical examiner determined that the baby was born alive and killed “as a result of his throat being slashed.”

According to the law enforcement agency, Allen worked at a daycare and allegedly didn’t tell other people that she was pregnant.