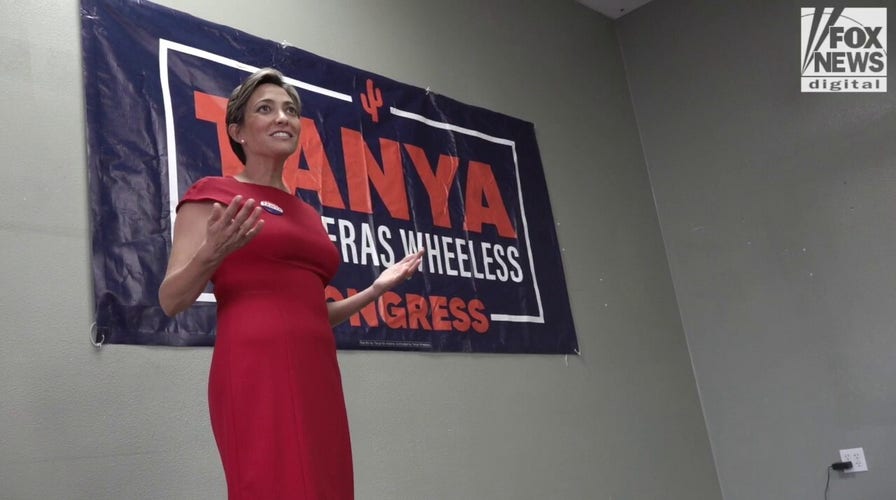 ON THE TRAIL: Candidates for U.S. Congress fight for right to represent hotly contested AZ district

MARICOPA COUNTY, Ariz. – A Phoenix-area primary race is heating up as Republican candidates duke it out for the shot to unseat a Democrat as the GOP aims to take control of the House.

In many ways, the Republican primary for Arizona’s 4th District is representative of other races across the country. Inflation and the border crisis are key issues – issues that the GOP plans to highlight as part of its larger strategy for the midterm elections.

“I really think right now [voters are] sick and tired of having the Democrats lead the country,” one candidate, Dave Giles told Fox News. “Enough is enough.”

The candidates, too, are also somewhat of a microcosm. One is a woman who worked her way through high school and college and is of Hispanic descent – a growing demographic within the Republican Party that the GOP plans to leverage. 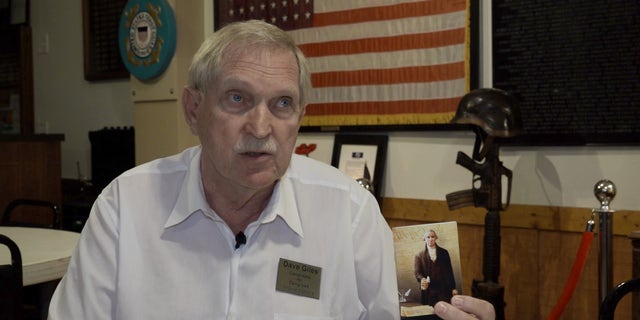 Another, a veteran and businessman, bills himself as the MAGA candidate. While former President Trump hasn’t endorsed anyone in this race, his legacy has played a significant role in elections nationwide. A third, Giles, criticized government overreach as he repeatedly waved a pocket Constitution during an interview with Fox News, sporting a pistol on his right hip and two magazines on the left.

And the race wouldn’t be complete without a bold stunt: Jerone Davison, a fourth, Black candidate, grabbed national attention after he pointed an AR-15 at a man dressed in Ku Klux Klan robes in a campaign ad.

The winner will likely face a tough battle against incumbent Rep. Greg Stanton. The former Phoenix mayor is vying for his third term in Congress in a district that “leans Democrat” by two points, according to Cook Political Report.

Davison and a fifth candidate, Rene Lopez, did not respond to interview requests.

All three candidates told Fox News in separate interviews that inflation was the race’s major issue.

“The top concern right now is the economy, the price of gas, the price of groceries, particularly when you’re talking to younger families and seniors who are on fixed incomes,” Tanya Contreras Wheeless told Fox News. “People are feeling that.” 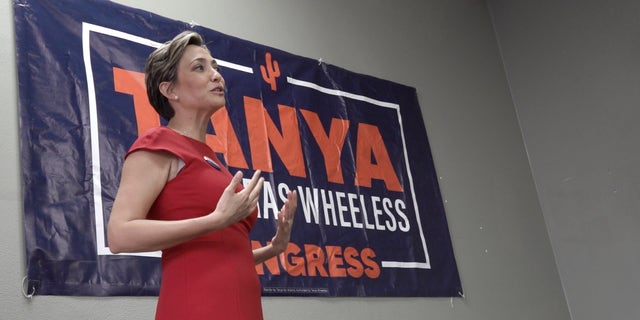 Tanya Contreras Wheeless is one of the Republicans running in the primary for Arizona’s 4th District. (Ethan Barton/Fox News)

AHEAD OF TRUMP RALLY IN ARIZONA, VOTERS SHARE IF THEY WANT FORMER PRESIDENT TO RUN AGAIN

The candidate, who worked her way through high school and college before getting a law degree, said she grew up in a working-class family living paycheck to paycheck.

The “insecurity” about “how expensive things are now” and recession fears are “the number one thing I hear,” Wheeless said after a meet-and-greet with potential voters.

Giles similarly said: “Right now, most people are concerned with inflation and the cost of raising prices. That’s probably most people’s front burner that they’re concerned about because it’s impacting their daily life.” 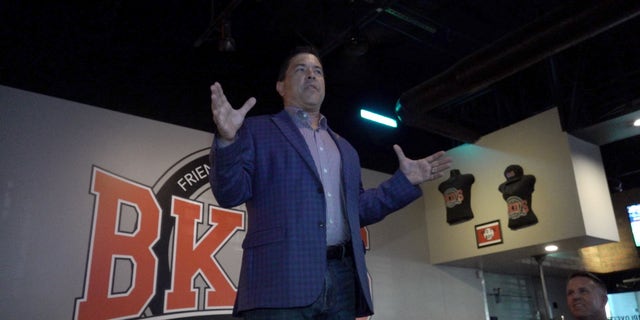 Kelly Cooper, a candidate who owns several restaurants in the Phoenix area, echoed his rivals’ sentiments. He cited his business experience when explaining why he was the best candidate to unseat Stanton.

Giles, an international businessman, has experience in various industries and positions, including as an adviser to the Saudi oil minister. He and Cooper both suggested the U.S. adopt policies that encourage more energy production to help the economy.

Additionally, as a border state, the immigration crisis is an inherent top issue in Arizona races. Like inflation, all three candidates that Fox News interviewed cited illegal immigration – and problems they said come with it – as a major concern.

Both Giles and Cooper said the border needs tighter security and that the border wall should be completed.

“We can push pretty hard on making sure that we have more advances on the border, including finishing the wall and taking an all-of-the-above approach to the technologies we can use to both track and stop or prevent illegal migration and push migration through the ports of entry,” Cooper said.

Giles told Fox News: “We got to get to enforce our laws at the border, finish the border wall.”

Meanwhile, Wheeless, a second generation Mexican American, said constituents tell her they’re “really concerned about the fentanyl and the drugs that are coming across” the border. 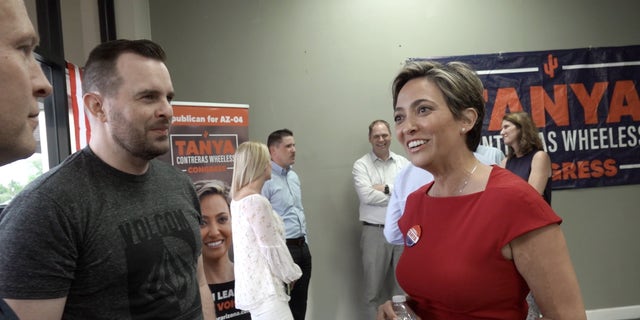 A tight primary followed by a tough general

The candidates felt the border crisis and surging inflation would rally voters behind a Republican to unseat Stanton.

“The people are beginning to speak louder,” Giles told Fox News. “Whoever wins this primary will displace Stanton.”

Cooper said: “Greg Stanton has been a demonstration and a rubber stamp for everything the [Biden] administration has done for the last 18 months.”

“Congressman Greg Stanton has a record of delivering bipartisanship results that spans nearly two decades–creating jobs, securing Arizona’s water and working to lower the cost of prescription drugs while refusing to take a dime of Big Pharma’s money,” Johnson told Fox News in an email.

Giles, meanwhile, said he has the best shot since he’s gained momentum and name recognition from his previous bids to unseat Stanton.

“People pretty much know me across the district except for the new portions here in Mesa,” Giles told Fox News. He spoke at a local American Legion where he provides lunches for veterans and meets them for motorcycle rides. 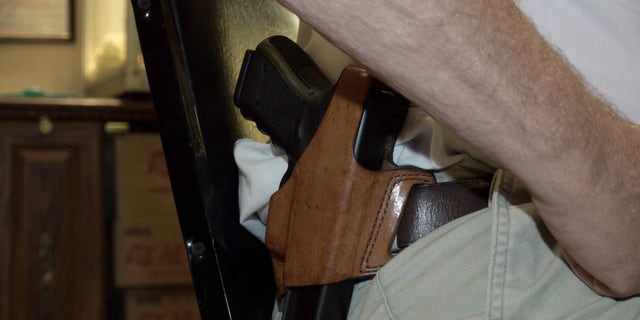 Giles has twice handedly won the Republican primary in his district, though he lost in 2018. But in the general elections, he lost by 20 points to now-Sen. Krysten Sinema in 2016 and by a similar margin in 2020 to Stanton, according to the Arizona’s secretary of state.

But Cooper saw Giles’ history as a reason voters should give someone else a shot at unseating the incumbent.

“Dave Giles has been a failed candidate,” Cooper told Fox News. “When you’re talking about somebody that failed to get over the hump … it’s not a shot at that person.”

“I think that that person has gone up against Greg Stanton and demonstrated that they weren’t in a position to be able to beat him,” the veteran added.

Cooper has secured endorsements from several groups that boost his conservative bona fides, including the Gun Owners of America and the Arizona Police Association. Wheeless has also scored support from several local law enforcement groups, as well as from the Border Patrol union, House Republican Conference Chair Elise Stefanik and a super PAC linked to House Minority Leader Kevin McCarthy.

“The Republican primary features two candidates whose values are deeply at odds with the district: Kelly Cooper, who has campaigned on the Trump America First agenda—and Tanya Wheeless, who was a Big Bank lobbyist at the height of the subprime mortgage crisis when hundreds of thousands of Arizonans were forced out of their homes as a result of the behavior and policies she championed,” Johnson, Stanton’s campaign manager, told Fox News in a statement. 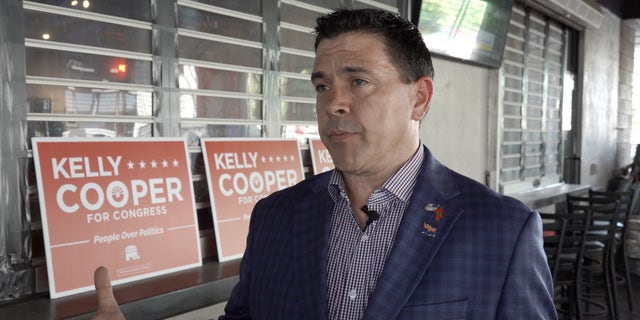 Cooper, however, views his alliance as a bonus.

“If I’m going to be representing this district, then I want to be able to stand up and say that the needs of Arizona’s District Four come before everything else,” he told Fox News. “That’s what MAGA means to me.”

“If you’re looking at MAGA as if it’s a negative thing, maybe your priorities are wrong,” Cooper continued.

Wheeless relied on her humble upbringing to relate to voters.

“When I’m meeting with constituents … I want them to get a sense of who I am, where I come from, what my background is, what makes me tick,” Wheeless told Fox News.

After getting her law degree, Wheeless became a banking lobbyist and later an executive with the Phoenix Suns. She eventually left to start a consulting business before becoming a staffer for then-Sen. Martha McSally.

“I’m asking for their vote because I want to go to Washington and make the country better for them and their families,” Wheeless said.

The Arizona primary is Aug. 2.