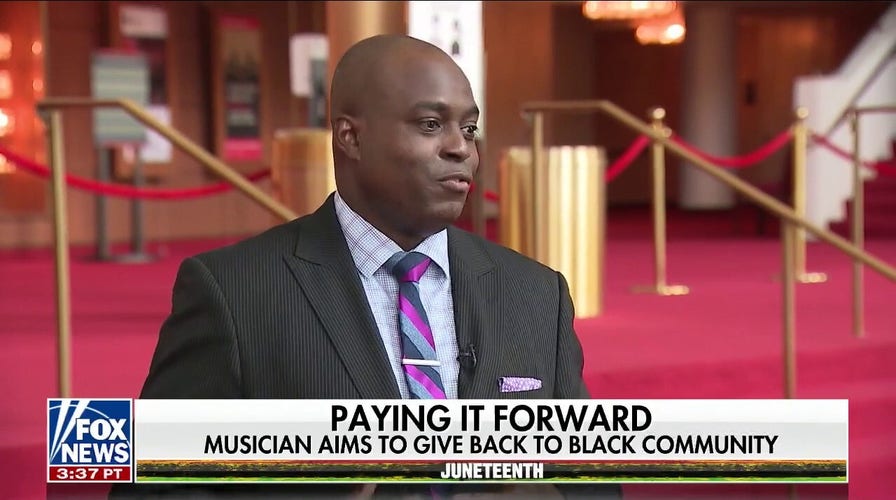 Ludwig van Beethoven performed Symphony No. 5, perhaps the world’s most famous musical composition, for the first time in public in Vienna on this day in history, Dec. 22, 1808.

Among other incredible influences far beyond the world of music, those four c-minor notes by the famed German composer became a powerful symbol of the Allied drive to victory over Nazi Germany in World War II more than a century later.

ON THIS DAY IN HISTORY, DEC. 21, 1945, GEN. PATTON DIES IN GERMANY AFTER HE WAS PARALYZED IN AUTO CRASH

“The most common story that is told is that Beethoven allegedly said that the opening of the symphony was supposedly symbolizing fate knocking at the door,” Matthew Guerrieri, author of “The First Four Notes: Beethoven’s Fifth and the Human Imagination,” told NPR in a 2012 interview.

The composition, featuring a progression from heavy minor chords to ebullient major chords, projects a triumphal march in the ears of many reviewers and millions more listeners. 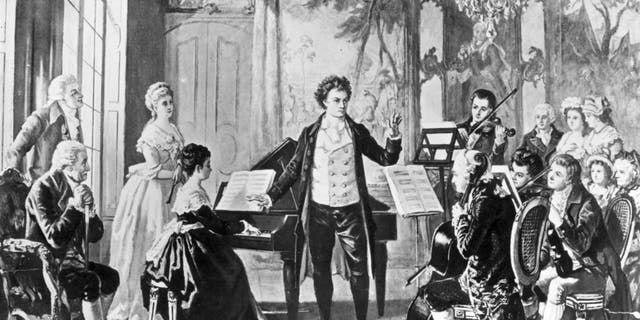 German composer Ludwig van Beethoven (1770-1827) conducting one of his three "Rasumowsky" string quartets, circa 1810. Drawn by the artist Borckmann.
(Photo by Rischgitz/Getty Images)

“This kind of minor-to-major, darkness-to-light journey became a model for composers for generations to come,” the Houston Symphony states in its history of what it calls “the world’s most famous symphony.”

The debut of the Fifth Symphony was initially overlooked, coming amid a larger, four-hour performance by Beethoven at Theater an der Wien.

“The orchestra was under-rehearsed, and the audience was cold and exhausted,” the Houston ensemble notes.

“Beethoven’s legendary symphony thus probably went relatively unnoticed upon its first performance, sandwiched as it was between his Piano Concerto No. 4 and excerpts from his Mass in C major.”

“The most common story that is told is that Beethoven … was supposedly symbolizing fate knocking at the door.”

Symphony No. 5 began to build international acclaim in the wake of an enthusiastic review a year later by German author E.T.A. Hoffman, best known for the 1816 children’s short story, “The Nutcracker and the Mouse King,” which inspired Tchaikovsky’s “The Nutcracker.”

“The soul of each thoughtful listener is assuredly stirred, deeply and intimately … and until the final chord he will be powerless to step out of that wondrous spirit realm where grief and joy embrace him in the form of sound,” Hoffman wrote of the symphony. 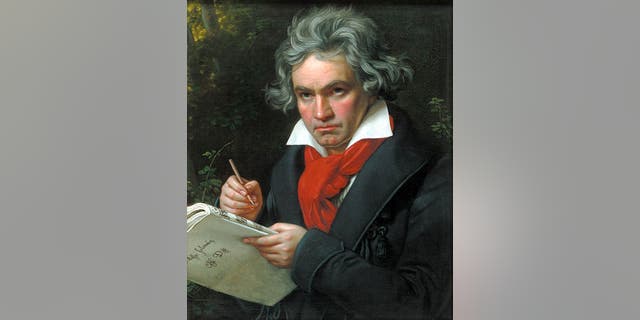 The Fifth Symphony soon exploded in impact far beyond the musical world.

Morse code, the new international communication system invented in the 1830s, uses the same structure of the opening notes of Symphony No. 5 — dot-dot-dot-DASH — to represent the letter V, which is also the Roman numeral 5.

Those same four notes, and “V for victory,” became an essential rallying cry for the Allies starting in the darkest days of World War II — first, among resistance forces suffering under Nazi occupation and eventually, among the liberators sent from overseas to crush Hitler’s war machine.

“The BBC adopted the four-note Symphony No. 5 timpani in the opening of its wartime broadcasts.”

“The idea of using the ‘V’ as a symbol of resistance came from Victor de Laveleye, a Belgian producer, who saw this as unifying the [nation’s] Flemish and French speakers,” author Cynthia Collins wrote in 2016 in the entertainment site CMUSE. 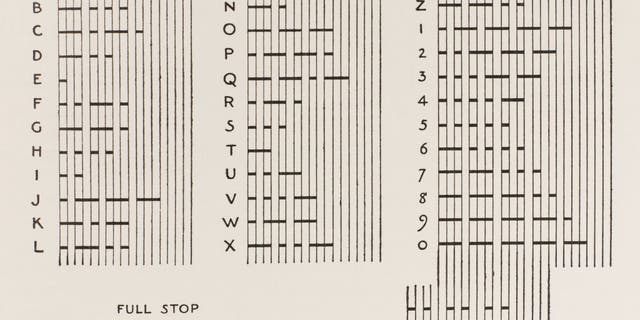 “He picked ‘V’ because it was the first letter of the French word ‘victoire’ (victory) and the Flemish word ‘vrijheid’ (freedom) … He encouraged the people of Belgium to paint a ‘V’ on everything possible. This was their symbol for standing up to the Germans.”

The BBC adopted the four-note Symphony No. 5 timpani in the opening of its wartime broadcasts originating from London.

ON THIS DAY IN HISTORY, NOV. 30, 1874, INDOMITABLE BRITISH STATESMAN AND WWII HERO WINSTON CHURCHILL IS BORN

“The publicity about Beethoven and the ‘V for Victory’ campaign continued in the American press for the duration of the war,” Collins added.

“The French, too, adopted Beethoven’s 5th Symphony as an icon of solidarity and resistance”

The same notes are frequently heard in wartime dramas that followed, most notably the 1962 Hollywood ensemble-cast D-Day epic “The Longest Day,” which opens with the notes.

“The French, too, adopted Beethoven’s 5th Symphony as an icon of solidarity and resistance,” writes Music and the Holocaust, a website published by London-based Jewish education network ORT.

“During the worst of the German blitz on London in the spring of 1941, Maurice van Moppes wrote lyrics to the opening bars of the symphony, calling it ‘La chanson des V’ (The song of V). The song was broadcast on Radio-Londres, most influentially on 1 June 1944, when the Allied forces sent the first messages to France to prepare for [the June 6 D-Day] attack.” 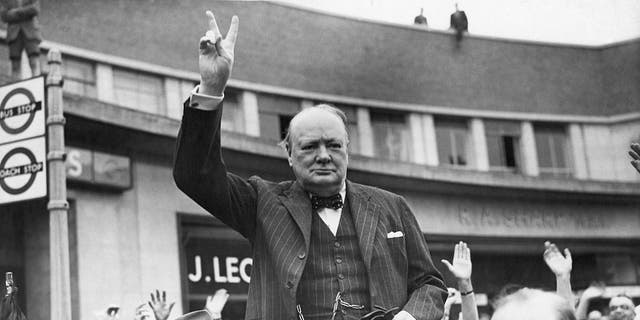 Sir Winston Churchill, campaigning for reelection to the Prime Minister’s seat, gives the "V" victory sign to people during a rally at Uxbridge.
(Photo by George Rinhart/Corbis via Getty Images)

Beethoven’s birthplace of Bonn, coincidentally, became the capital of West Germany during the Cold War from 1949 to 1990.

“Beethoven’s Fifth is about triumph itself, about every hard-won victory there has ever been or ever will be, even yours,” writes the Houston Symphony.

“Perhaps that is the real reason why Beethoven’s Fifth has come to be so famous and so symbolic of so many things.”