President James K. Polk, at the end of a year of fantastical rumors of riches in the Sierra Nevada, ignited the California Gold Rush with his State of the Union address on this day in history, Dec. 5, 1848.

“The accounts of abundance of gold are of such an extraordinary character as would scarcely command belief were they not corroborated by the authentic reports of officers in the public service,” Polk told both houses of Congress.

“The explorations already made warrant the belief that the supply is very large and that gold is found at various places in an extensive district of [the] country.”

ON THIS DAY IN HISTORY, DEC. 4, 1783, WASHINGTON BIDS FAREWELL TO HIS TROOPS AT FRAUNCES TAVERN IN NYC

Gold was discovered at Sutter’s Mill, between Sacramento and Lake Tahoe in northern California, on Jan. 24, 1848.

The vast expanse of the continent, California’s disputed status during the Mexican-American War, and the lack of direct means of communication left an air of disbelief around incredible tales of wealth in the hills. 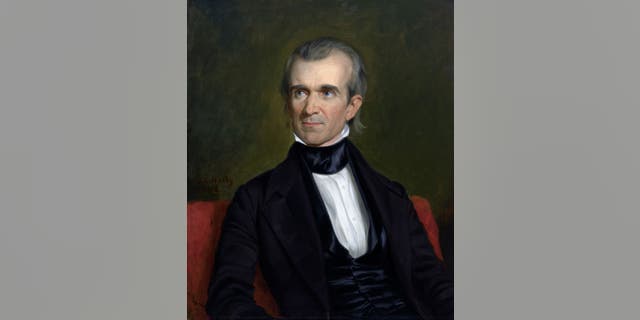 Enthusiastic corroboration from Washington, D.C., touched off an explosion of investment and human migration that reshaped American history.

The officer commanding U.S. forces in California counted in July “about 4,000 persons engaged in collecting gold,” the president said in his address.

The number “so employed,” he surmised, “has since been augmented.”

“Accounts of abundance of gold are of such an extraordinary character as would scarcely command belief.” — President Polk

The “number so employed” exploded in the wake of Polk’s exuberant report.

“This official confirmation of the news triggered a mass exodus to California. The ‘Forty Niners’ were on their way,” the Library of Congress notes.

CHRISTIAN LEADER SAYS ENOUGH WITH ‘MY TRUTH’: SOCIETY MUST RETURN TO ‘THE TRUTH’

“In the next year, close to 100,000 people went to California from the United States, Europe and every other corner of the globe. Gold-seekers from Australia, New Zealand, Hawaii and China continued to sail across the Pacific along well-established trade routes.” 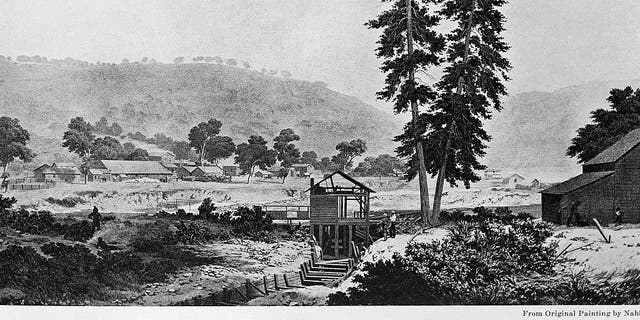 It was often easier for people from Pacific Rim nations to get to the port of Yerba Buena, now San Francisco, by sea than it was for Americans, who still lived largely on the East Coast, to make the arduous journey by foot across the continent or by sea around landmass barriers.

“A voyage from the East Coast to California around Cape Horn was 17,000 miles long and could easily take five months,” writes the Library of Congress.

“There was a shorter alternative: sailing to Panama, crossing the isthmus by foot or horseback, and sailing to California from Central America’s Pacific Coast.”

Despite the challenges posed by vast distances, about 40,000 people sailed into Yerba Buena in 1849, more than 100 people per day — “and the tiny town boomed,” the Library of Congress notes. 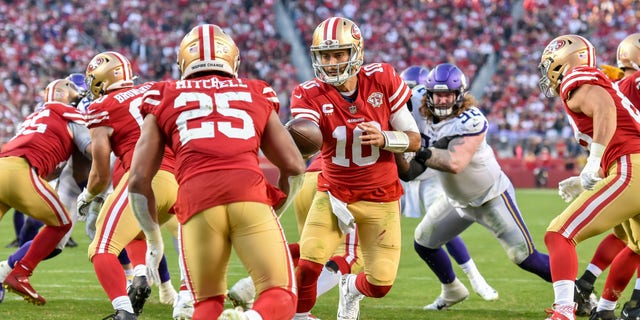 The San Francisco 49ers’ name and gold helmets are a tribute to the California Gold Rush of 1849.
(Douglas Stringer/Icon Sportswire via Getty Images)

The legacy of these precious metal pioneers lives on prominently today in the name and in the sparkling gold helmets of northern California’s National Football League franchise, the San Francisco 49ers.

The Golden Gate, the strait connecting San Francisco Bay to the Pacific Ocean, now spanned by the famous landmark bridge, had actually earned its name two years before the discovery of gold.

It was dubbed the Golden Gate by explorer and U.S. Army officer John C. Fremont.

The Gold Rush proved the climax of a dramatic period in California’s political history.

“Manifest Destiny … is the idea that the United States is destined — by God, its advocates believed — to expand its dominion and spread democracy and capitalism across the entire North American continent,” writes History.com.

California’s sudden influx of new residents gave rise to major industrial achievements to connect the two coasts and unite the nation across vast distances unimagined before in human history. 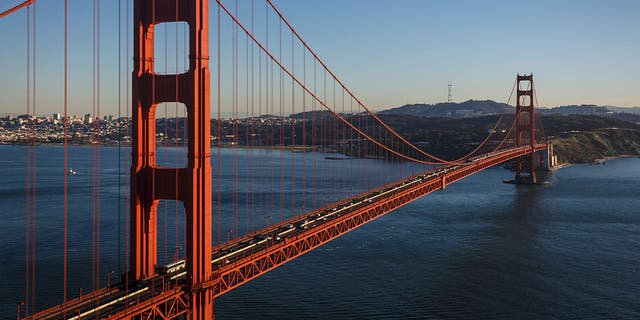 The Golden Gate Bridge is awash in warm light from the setting sun in San Francisco, California, on Feb. 13, 2015.
(John Gress/Corbis via Getty Images)

The Gold Rush proved the climax of a dramatic period in California’s political history — a dizzying two-and-a-half-year span in which the vast region went from Mexican territory to the center of global speculative boom to the 31st state in the Union.

The population boom of 1849 led to immediate calls for American statehood.

“After heated debate in the U.S. Congress arising out of the slavery issue, California entered the Union [on Sept. 9, 1850] as a free, non-slavery state by the Compromise of 1850,” writes the California Department of Parks and Recreation.

“The Golden State’s rich history has since been shaped by people of every ethnic background who traveled here seeking economic, social and educational opportunity, and a life of quality and breathtaking beauty.”