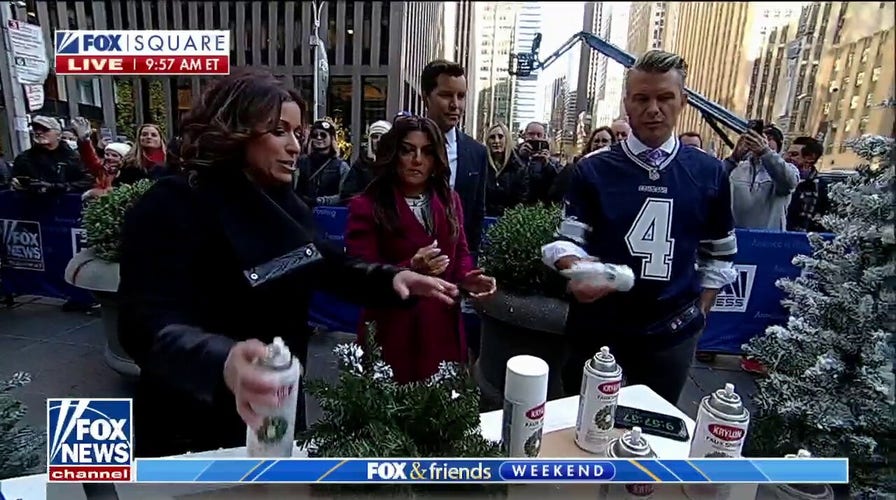 “A Charlie Brown Christmas,” a beloved holiday television tradition for generations of American families, debuted to overwhelming popular acclaim despite network fears of failure on this day in history, Dec. 9, 1965.

Expectations were low for its success, according to several accounts of the history of the broadcast.

CBS executives were underwhelmed by the slow pace of the production; and the network had battled behind the scenes with “Peanuts” creator Charles M. Schulz over the inclusion of a scene lifted straight from the New Testament.

ON THIS DAY IN HISTORY, DEC. 8, 1980, BEATLES FOUNDER AND MUSIC ICON JOHN LENNON MURDERED IN NYC

The animation was quirky. There was no laugh track. Actual children, not trained voice actors, spoke for the characters.

Peter Robbins, the voice of Charlie Brown, was just nine years old at the time. (Robbins died in January 2022 at age 65). 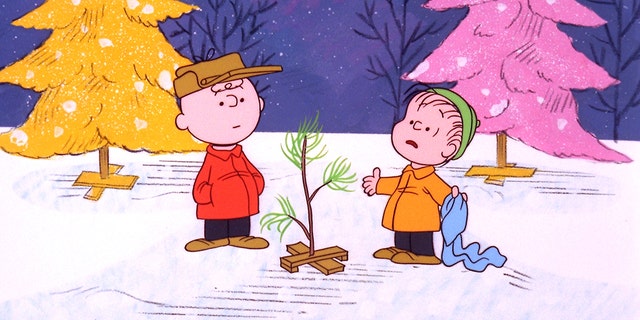 "A Charlie Brown Christmas": After Charlie Brown complains about the overwhelming materialism he sees among everyone during the Christmas season, he winds up as director of the school Christmas pageant.
(ABC Photo Archives/Disney General Entertainment Content via Getty Images)

Despite the fears, the American public absolutely adored “A Charlie Brown Christmas” from the moment it reached their antennas.

“On Thursday, December 9, 1965, over 15 million households tuned in to judge for themselves,” wrote Smithsonian Magazine in a treatise on the history of the program.

“Nearly half of American television sets had watched what the network thought would be a flop.” — Smithsonian Magazine

“The reception would turn the special into a classic. CBS soon learned that nearly half of American television sets had watched what the network thought would be a flop.”

“A Charlie Brown Christmas” continues to warm the spirits of millions of people around the world each holiday season.

The seemingly simple children’s cartoon is a deceptively rich and layered piece of American art.

“A Charlie Brown Christmas” pairs innovative animation techniques with a critically acclaimed jazz soundtrack, while its grade-school-age characters struggle with the very mature topic of the real meaning of Christmas amid an overtly commercial society. 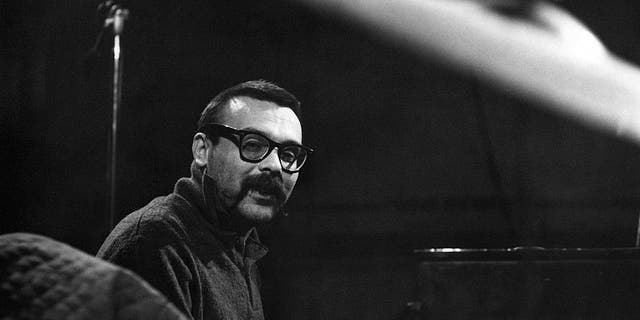 Children love the cast of characters with unique personalities who inhabit a world that appears to have no adults.

The “Peanuts” gang were first popularized by Schulz in his syndicated comic strip that debuted in 1950.

Adults enjoy the reminders of childhood. Many find themselves grappling with the very same struggle — to find purpose in a holiday whose spiritual foundations appear to face greater attack each year.

“Look, Charlie, let’s face it. We all know that Christmas is a big commercial racket,” cynical Lucy says as the Peanuts gang attempts to produce a Christmas play.

“It’s run by a big Eastern syndicate, you know.”

It features original compositions from the California jazz pianist (“Skating” and others), a Beethoven masterpiece (“Fur Elise”), a traditional folk tune (“O Tannenbaum”) and a Mel Torme pop holiday classic (“The Christmas Song”). 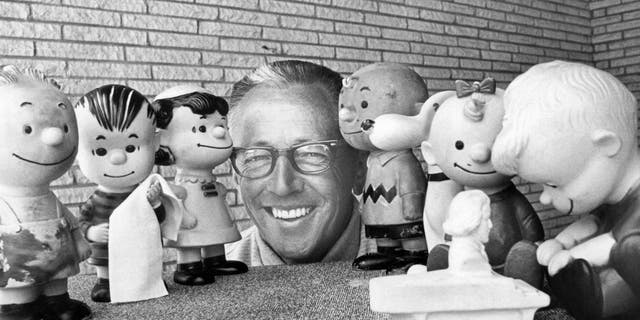 “The genius of ‘A Charlie Brown Christmas’ was the way itchanneled the looming sadness and anxiety that come with the holidays,” Rolling Stone wrote in a 50th-anniversary retrospective of the Guaraldi recordings in 2015.

“Its timeless, best-selling soundtrack by the Vince Guaraldi Trio tapped into that narrative seamlessly, with muted, melancholic jazz.”

The foundation of the program’s popularity, however, is its open embrace of the birth of Christ — a fact curiously overlooked in most children’s Christmastime specials about magical snowmen and flying reindeer.

BIBLE VERSE OF THE DAY: GOD IS ‘CLOSER TO US’ IN DARK TIMES, SAYS FAITH LEADER

“A Charlie Brown Christmas” reaches its climax as the frustrated title character screams out: “Isn’t there anyone who knows what Christmas is all about?!”

“Sure, Charlie Brown. I can tell you what Christmas is all about.” 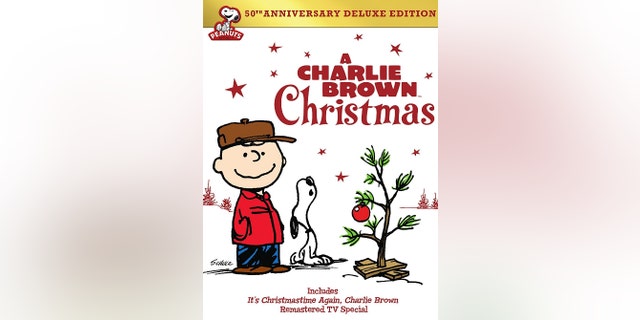 He takes the stage by himself, under a spotlight, and proceeds to quote verbatim the Christmas story as it appears in the King James Version of the Book of Luke.

“And there were in the same country shepherds abiding in the field, keeping watch over their flock by night.

“And, lo, the angel of the Lord came upon them, and the glory of the Lord shone round about them: and they were sore afraid.

“And the angel said unto them, Fear not: for, behold, I bring you good tidings of great joy, which shall be to all people.

“For unto you is born this day in the city of David a Savior, which is Christ the Lord. 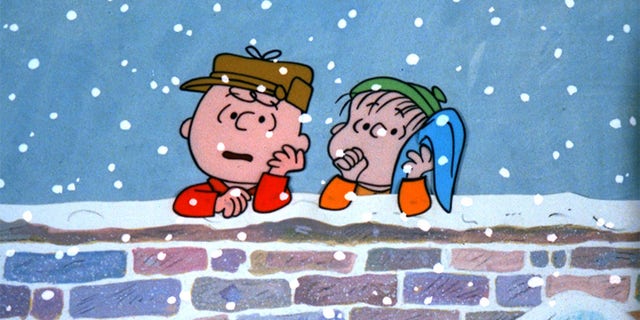 "A Charlie Brown Christmas": As the Peanuts gang prepares for its Christmas play, Linus responds with a dramatic Shakespearean moment. "Sure, Charlie Brown. I can tell you what Christmas is all about."
( Photo by ABC Photo Archives/ABC via Getty Images)

“And this shall be a sign unto you; Ye shall find the babe wrapped in swaddling clothes, lying in a manger.

“And suddenly there was with the angel a multitude of the heavenly host praising God, and saying, ‘Glory to God in the highest, and on earth peace, good will toward men.’”

“For unto you is born this day in the city of David a Savior, which is Christ the Lord.”

Linus follows his biblical soliloquy by announcing to his now spirited friend: “And that, Charlie Brown, is what Christmas is all about.”

The gang then gathers around Charlie Brown’s once-ugly and withering but now loved and lush beautiful little Christmas tree, embracing the birth of the Savior.

“Hark the herald angels sing; glory to the newborn King,” the Peanuts gang sings triumphantly as the credits roll.

“No ‘Good grief! at the end,” The Christian Chronicle wrote in a review of the timeless TV classic.

“Just the silent recognition of good grace, God’s grace, through the gift of his infant son, Christ the Lord, the greatest miracle of them all.” 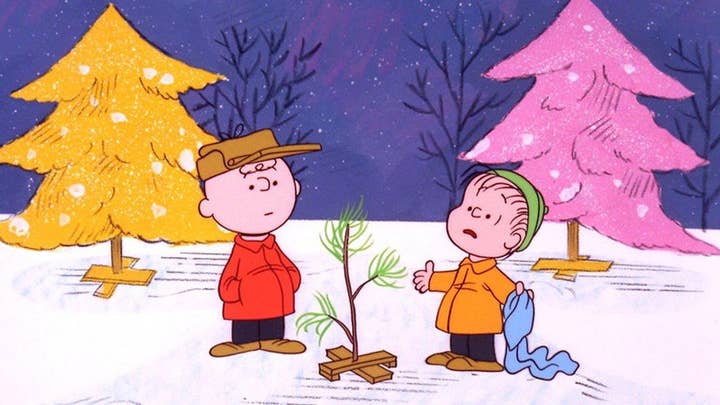