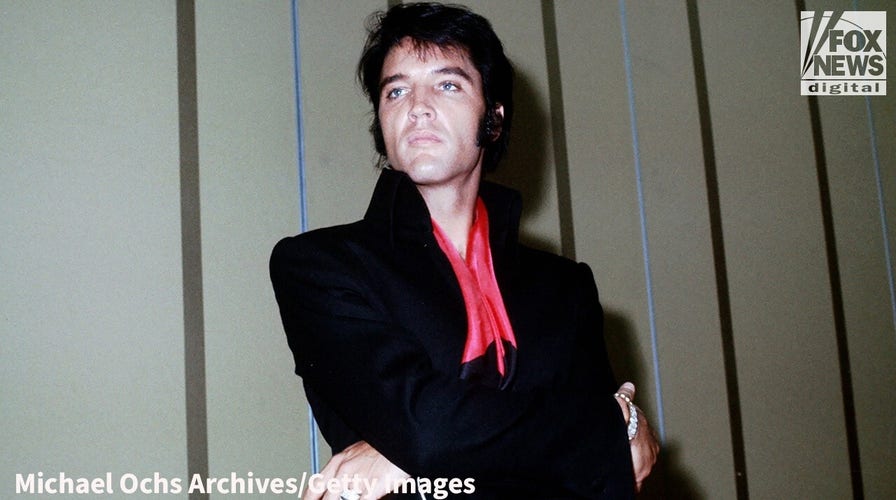 Elvis Presley’s stepbrother says he spoke of God’s forgiveness before his death: ‘In touch with the Lord’

Elvis Presley, the king of rock ‘n’ roll, capped the most extraordinary breakout year in pop-culture history with the release of his first movie on this day in history, Nov. 15, 1956.

“Love Me Tender” — and Elvis the actor — garnered only tepid reviews. But the film helped turn the groundbreaking recording star into a multimedia icon who is still to this day beloved around the world, 45 years after his death at age 42.

“Appraising Presley as an actor, he ain’t,” Variety magazine wrote of the movie at the time.

“Not that it makes much difference. There are four songs, and lotsa Presley wriggles thrown in for good measure.”

“Love Me Tender” debuted amid great fanfare at the Paramount Theatre in Times Square in New York City. 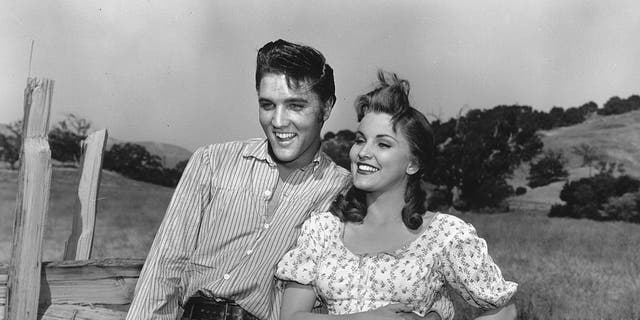 Photo of Elvis Presley during the filming of "Love Me Tender" in Los Angeles.
(Photo by Michael Ochs Archives/Getty Images)

Presley, just 21 at the time, starred as Clint Reno, a man caught in a love triangle with his Confederate veteran brother in the Civil War-era western.

Elvis would go on to star in 30 more feature films.

“For a number of years he was one of Hollywood’s top box office draws and one of its highest-paid actors,” says the website of Graceland, Presley’s Memphis home.

‘A CHRISTMAS STORY’ HOUSE IN OHIO LISTED FOR SALE JUST IN TIME FOR CHRISTMAS: ‘DEFINITELY EXCITING’

“The first Elvis film, released in 1956, was followed by his two most critically acclaimed films, ‘Jailhouse Rock’ (1957) and ‘King Creole’ (1958), which have become classics of their era.”

Presley exploded onto the American and then global pop-culture scene in 1956 in a glittering meteoric rise experienced by no other artist before or since.

“Appraising Presley as an actor, he ain’t.” — Variety magazine

He released an incredible five songs to top the Billboard pop charts that year, with “Heartbreak Hotel,” “I Want You, I Need You, I Love You,” “Don’t Be Cruel,” “Hound Dog” and movie title tune “Love Me Tender.” 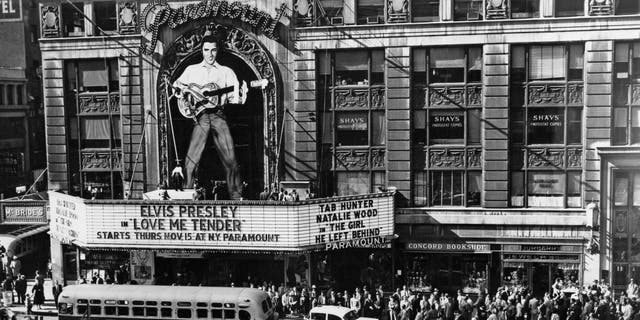 Photo of Paramount Theatre as it advertises the Elvis Presley film "Love Me Tender."
(Photo by Michael Ochs Archives/Getty Images)

In an extraordinarily rare example of crossover appeal, “Don’t Be Cruel” and “Hound Dog” also topped both the country and R&B charts.

Elvis placed 12 other songs in the Billboard 100 that year, while performing 143 concerts in 79 cities, according to fan site Elvis History Blog.

Elvis, one of the few stars in history commonly known only by his first name, also dazzled on the biggest TV programs in the nation for the first time that same year.

“In 1956, Elvis Presley made his television debut with six appearances on ‘Stage Show,’ two appearances on ‘The Milton Berle Show,’one on the‘The Steve Allen Show,’ in which he sang one of his newly recorded songs (‘Hound Dog’) and performed in a comedy sketch before making two appearances on Allen’s competitor ’The Ed Sullivan Show,'” reports Graceland.

But radio and recording is where the Elvis star shined brightest.

He’d released a handful of minor hits in the previous two years, “That’s All Right, Mama,” most notably in 1954.

He burst onto the national scene with his eponymous first studio rock ‘n’ roll album “Elvis Presley” in March 1956. 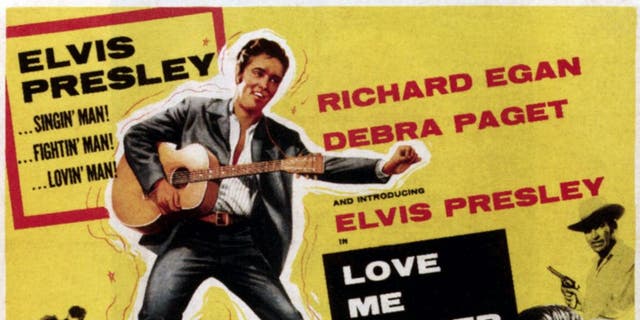 It “went on to become the first rock and roll album to reach number one on national record sales charts, and RCA’s first million-dollar-earning pop album,” writes the National Museum of American History.

Elvis in 1956 turned rock ‘n’ roll from an underground music form, performed largely by black artists, into a major pop-culture phenomenon around the world.

Movie review site Rotten Tomatoes says in its Presley biography, “His success and magnetism inspired a host of future musicians, including Bob Dylan, John Lennon and others, to take their first steps towards careers in rock and roll.”