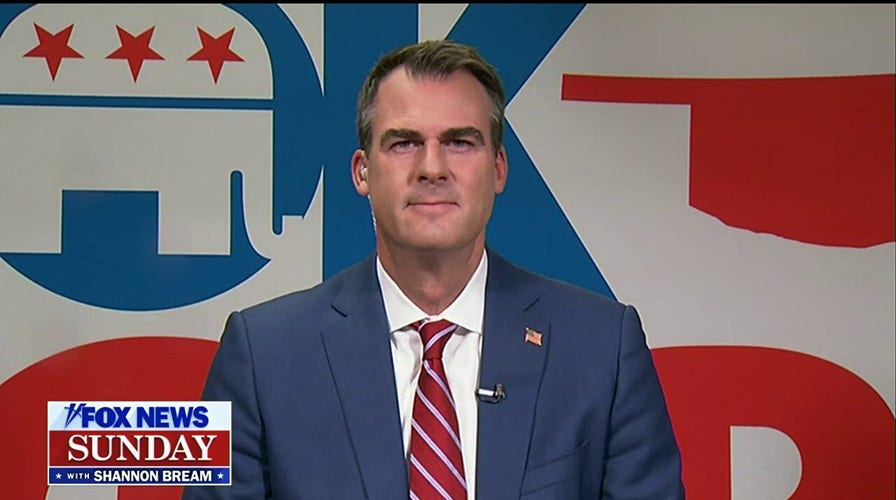 Gov. Kevin Stitt weighs in on the recent poll that suggests Oklahoma’s gubernatorial election is significantly closer than many predicted on ‘Fox News Sunday.’

The state of Oklahoma, once consisting of vast tracts of sparse “unassigned lands” in the Great Plains, joined the Union on this day in history, Nov. 16, 1907.

“Oklahoma has become a state, standing on full equity with her elder sisters, and her future is assured by her great natural resources,” President Theodore Roosevelt announced to Congress days later.

As the nation’s 46th state, Oklahoma became the first new territory to achieve statehood since Utah in 1896.

Oklahoma would be followed by New Mexico and Arizona in 1912 to complete the contiguous 48 states — then Alaska and Hawaii to give the nation the 50 United States it enjoys today.

That later version of Old Glory represented the nation for nearly a half century. 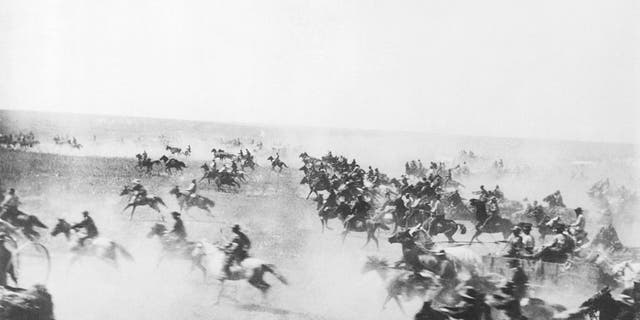 The start of the Oklahoma Land Run is shown at high noon as settlers rush to claim the Unassigned Lands, Oklahoma, April 22, 1889.
(Photo by Barney Hillerman/Underwood Archives/Getty Images)

Oklahoma was originally part of the Louisiana Purchase of 1803. It was born from the most fevered land rush in American history, the Land Run of 1889.

“President Benjamin Harrison, who took office on March 4, issued the proclamation on March 23, 1889, opening the unassigned lands,” according to an account on the website of Cleveland County, Oklahoma.

“Across the nation, prospective settlers began hitching their teams to wagons and loading aboard their families and scant worldly goods.”

“It is rumored the opening on the lands would be Saturday, April 20, 1889. Being a religious man, Harrison was afraid [that] claimants would be too tired to attend church on Sunday, so the opening was reset for Monday, April 22, 1889.”

Under an earlier law, the Homestead Act of 1862, legal settlers could claim 160 acres of public land — for free — if they lived on and improved the land for five years.

“The ink was hardly dry on Harrison’s March 23, 1889, proclamation before Oklahoma settlement colonies were being formed in major U.S. cities,” writes the Oklahoma Historical Society. 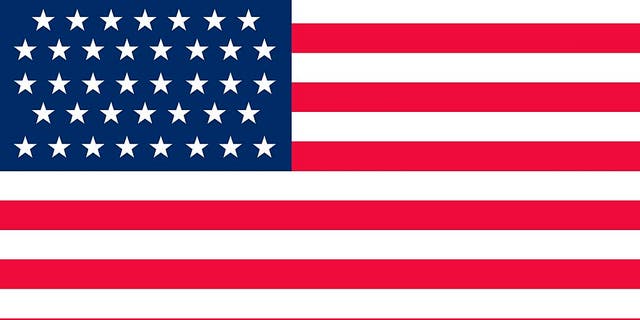 Historical flag of the United States of America. The 46-Star American flag became official on July 4, 1908, reflecting Oklahoma’s admission to the Union in 1907. It was flown until 1912.
(Photo by Encyclopaedia Britannica/UIG Via Getty Images)

“Across the nation, prospective settlers began hitching their teams to wagons and loading aboard their families and scant worldly goods. Others saddled their fastest horses or caught trains for what they considered to be the most advantageous point of entry.”

The hopeful Oklahoma settlers who gathered in the boomtowns quickly became known as “boomers.” Those who rushed the land illegally too soon were derided as “sooners.”

NATIONAL WREATHS ACROSS AMERICA DAY, DEC. 17: REMEMBERING OUR FALLEN VETERANS DURING THE HOLIDAYS

The Oklahoma Historical Society describes in further detail “the great dramatic moment” at noon on April 22 when starting signals were fired off in the settler gathering points.

“In some instances (the signal) was given by a blue-clad military officer firing his pistol or by his trumpeter, at times by a citizen firing his rifle in the air, or, as at Fort Reno, by the boom of a cannon. All produced the same results — a tumultuous avalanche of wagons and horsemen surging forward all in one breathtaking instant.”

The settlers began lobbying for statehood almost immediately, according to several accounts of Oklahoma history. 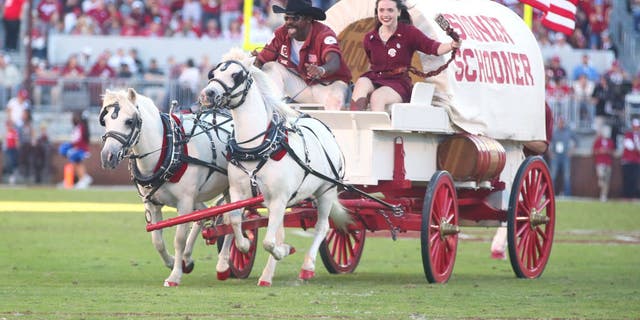 Oklahoma Sooner Schooner makes a run after a touchdown during a game between the Oklahoma Sooners and the Texas Tech Red Raiders on Oct. 30, 2021, at Gaylord Memorial Stadium in Norman, Oklahoma.
(Photo by David Stacy/Icon Sportswire via Getty Images)

Despite the feverish land rush, vast Oklahoma is still a state of wide-open spaces — a testament to just how large the nation remains.

“Oklahoma’s settlement began with a tumultuous avalanche of wagons and horsemen surging forward all in one breathtaking instant.”

Oklahoma today has roughly 4 million residents — about half the population of New York City — spread across a sprawling 69,000 square miles.

The April 1889 land rush is reenacted on Saturdays each autumn when the horse-drawn “Sooner Schooner” — a replica of a Conestoga wagon — races across the field before the University of Oklahoma Sooners football team takes the field. 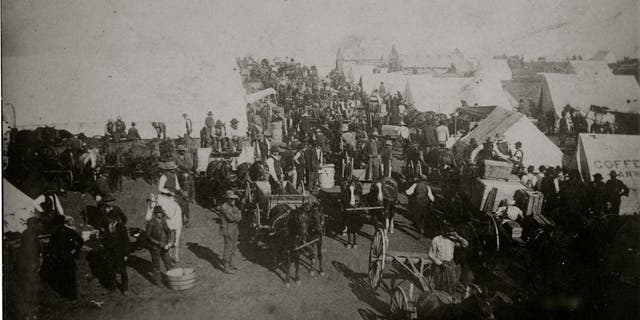 Guthrie, Indian Territory, Land Rush 1889 — Oklahoma Sooners Land Rush. "Although apparently never officially designated as such by statute or resolution, Oklahoma has since been known as the Sooner State."
(Photo by Walters & Evington/Buyenlarge/Getty Images)

The song was written in 1905, showing that Oklahoman residents embraced the legacy even before they achieved statehood.

“That began to change by 1908 when the University of Oklahoma adopted the name for its football team … Although apparently never officially designated as such by statute or resolution, Oklahoma has since been known as the Sooner State.”