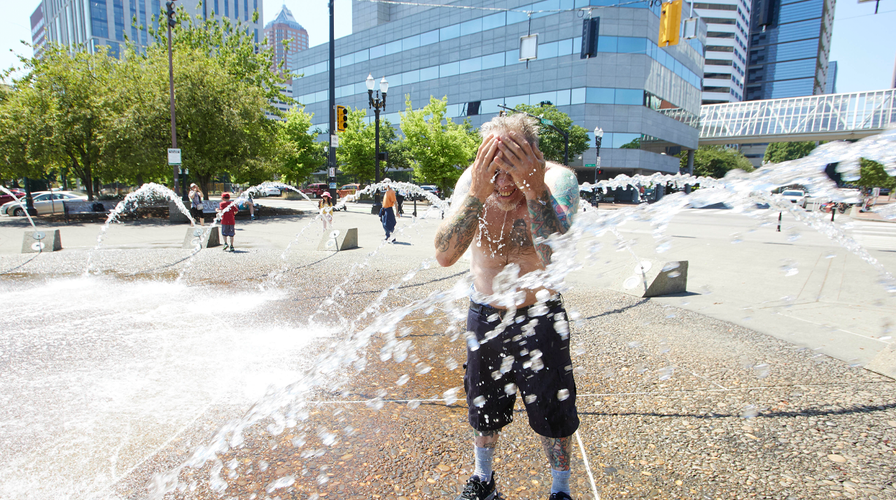 The suspected hyperthermia deaths have occurred since temperatures edged closer to the triple digits last week in some parts of Oregon, while temperatures in the Portland area hit above 100 degrees (37.8 C) several times.

In Portland, temperatures on Sunday rose above 95 degrees (35 C) for the seventh day in a row, a record for the city for consecutive days above that mark.

The temperatures have remained abnormally high at night — only dropping to about 70 degrees (21 C) — making it hard for residents to adequately cool off their homes before the sun rises, said Shawn Weagle, a National Weather Service (NWS) meteorologist based in Portland. Many homes in the region lack air conditioning.

One suspected heat related death announced Saturday occurred in Clackamas County, where an elderly man died in his home, which did not have a working air conditioner, KOIN-TV reported. 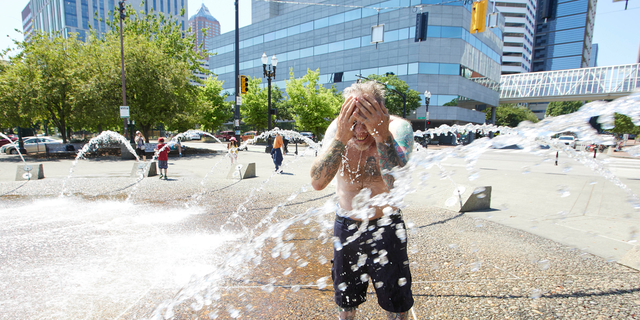 Matthew Carr cools off in the Salmon Street Springs fountain before returning to work cleaning up trash on his bicycle in Portland, Oregon, on Tuesday. (AP Photo/Craig Mitchelldyer)

The NWS issued an excessive heat warning for both the Portland and Seattle, Washington, regions lasting through late Sunday evening. Temperatures were expected to cool beginning Monday as colder air from the Pacific blows in.

About 800 people died in Oregon, Washington, and British Columbia during a heat wave which hit in late June and early July 2021. The temperature hit an all-time high of 116 degrees (46.7 C) in Portland.