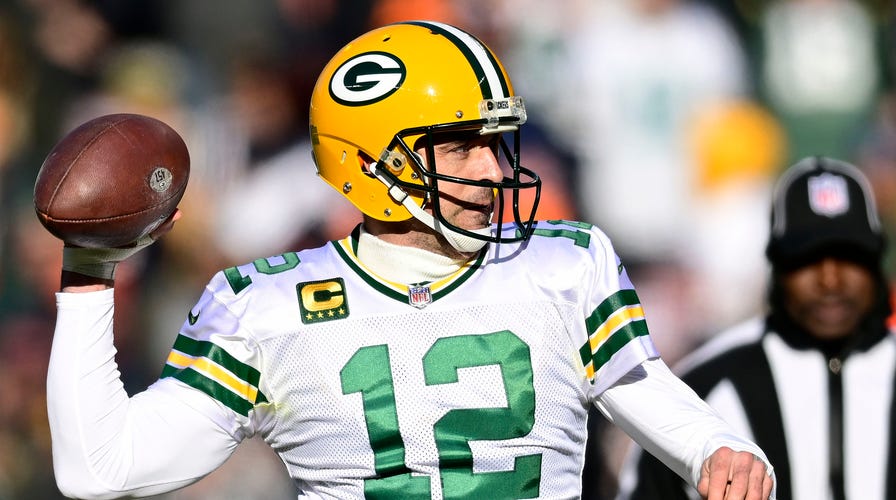 Green Bay Packers quarterback Aaron Rodgers is struggling to put up points against a team he has generally dominated throughout his Hall of Fame career: the Chicago Bears.

That frustration seemed to be spilling over to his sideline, too.

The Packers put up just 10 points in the first half and Rodgers was not pleased how the offense was playing. And when they got their first possession in the second half, A.J. Dillon seemed to rush for a first down but referees called him short of the line. 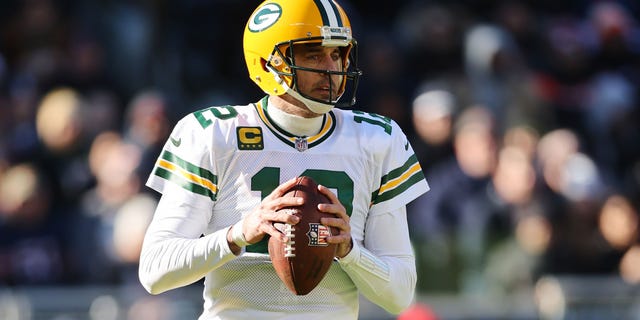 Aaron Rodgers of the Green Bay Packers looks to pass against the Chicago Bears during the first half of the game at Soldier Field on Dec. 4, 2022, in Chicago.
(Michael Reaves/Getty Images)

It seemed everyone on the offense believed Dillon got past the sticks — everyone but Packers head coach Matt LaFleur.

LaFleur never threw the challenge flag and Rodgers appeared to have his arms out, yelling at his sideline for the coach to throw the flag.

The ensuing play was a deep ball to wide receiver Allen Lazard that went incomplete and the Packers ended up punting the ball.

The Packers, though, remain in the game as Rodgers found some success thanks to a 21-yard touchdown run from Dillon that made it a 19-17 game as the fourth quarter got underway.

There were questions surrounding Rodgers’ availability for this week after he left last week’s game against the Philadelphia Eagles when he sustained a rib injury.

Reporters questioned whether Rodgers should stop playing for the rest of the season, as the Packers have little playoff hopes left.

Rodgers countered by saying Green Bay is mathematically still in the mix and wants to help his team.

After further testing showed that Rodgers didn’t have a serious injury, he started this contest against Chicago, who also got back Justin Fields under center. 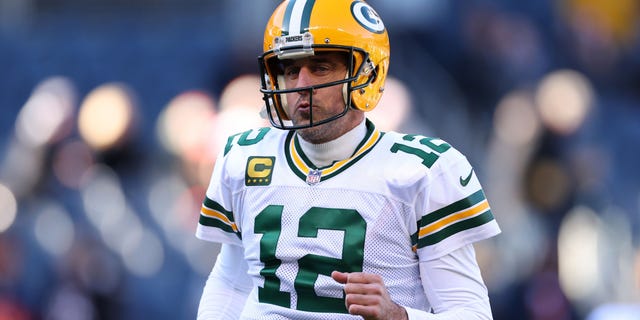 Aaron Rodgers of the Green Bay Packers looks on before the game against the Chicago Bears at Soldier Field on Dec. 4, 2022, in Chicago.
(Michael Reaves/Getty Images)

Rodgers, though, was able to find some success late in the game, scoring 18 fourth-quarter points to win 28-19.

After a Mason Crosby field goal gave the Packers a 20-19 lead – A.J. Dillon’s rushing score brought the Packers back in the fourth quarter – Christian Watson used the blazing speed that has been on full display to rush 46 yards past the Bears’ defense to increase Green Bay’s lead.

An interception from Fields on the ensuing drive would ice the game for the Packers, giving them their fifth win of the season. The Bears fall to 3-10 on the year now.

Rodgers finished the game 18 of 31 for 182 yards and one touchdown, with Lazard his favorite target with five receptions for 67 yards. Dillon led the ground game with 93 yards on 18 carries.

For the Bears, Fields’ return resulted in him rushing for a 55-yard touchdown in the first half, while throwing for 254 yards on 20 of 25 through the air. However, he threw two interceptions in this one.

David Montgomery also had 61 yards on the ground with a touchdown for Chicago. 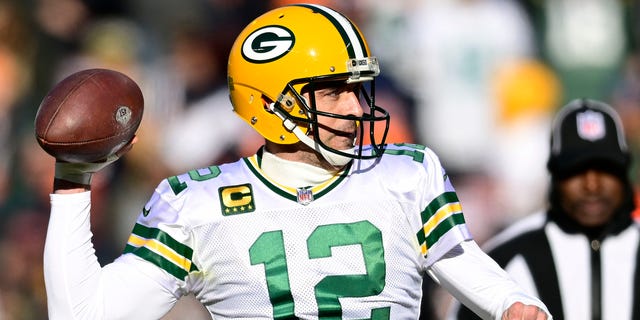 Aaron Rodgers #12 of the Green Bay Packers passes the ball during the second quarter of the game against the Chicago Bears at Soldier Field on December 04, 2022 in Chicago, Illinois.
(Quinn Harris/Getty Images)