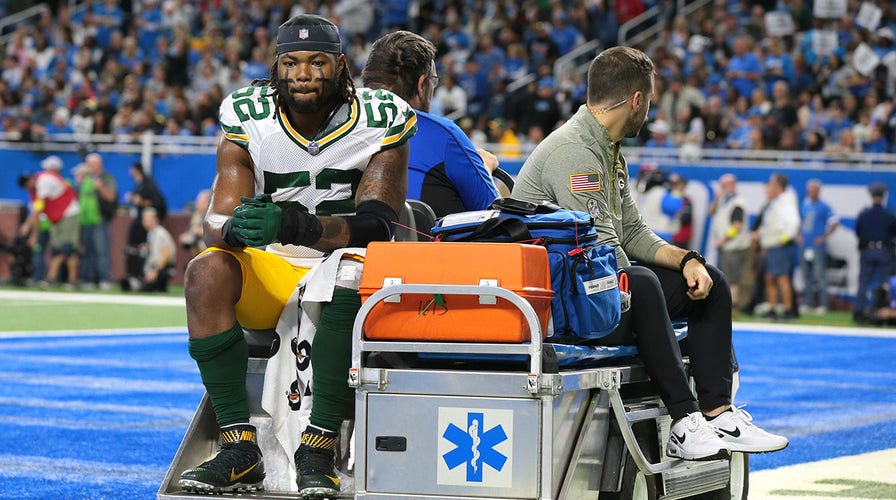 Green Bay Packers linebacker De’Vondre Campbell ripped the NFL over turf fields on Monday following the loss of Rashan Gary, who will miss the remainder of the season with a torn ACL.

Head coach Matt LaFleur confirmed the news Monday during a press conference with reporters, adding that it may not be the only season-ending injury. Cornerback Eric Stokes suffered an apparent ankle injury during the first quarter of Sunday’s loss to the Detroit Lions. 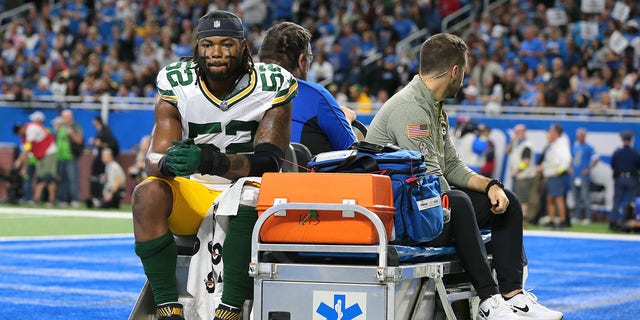 Green Bay Packers linebacker Rashan Gary is taken off the field after an injury during the second half against the Detroit Lions, Nov. 6, 2022, in Detroit.
(Jorge Lemus/NurPhoto via Getty Images)

“It’s a tremendous loss — not only just from obviously a production standpoint, just, man, he is a guy that just competes at the highest level,” LaFleur said.

“He is one of the grittiest guys that’s on this team. And just the effort that he brings on a daily basis is definitely going to be missed. The other guys around on that defense and on our team are going to have to pick it up because it’s hard to replace a guy like that.” 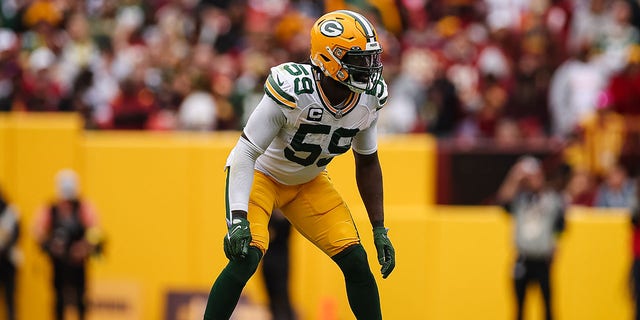 De’Vondre Campbell of the Green Bay Packers lines up against the Washington Commanders at FedExField, Oct. 23, 2022, in Landover, Maryland.
(Scott Taetsch/Getty Images)

“This is two weeks in a row we’ve had players get injured on turf fields,” he wrote in a tweet. “I think it’s time y’all take some of the money y’all make off us and invest in grass fields for every team around the league.”

“The turf is literally like concrete it has no give when you plant @NFL.”

Campbell was ruled out of Sunday’s game because of a knee injury. 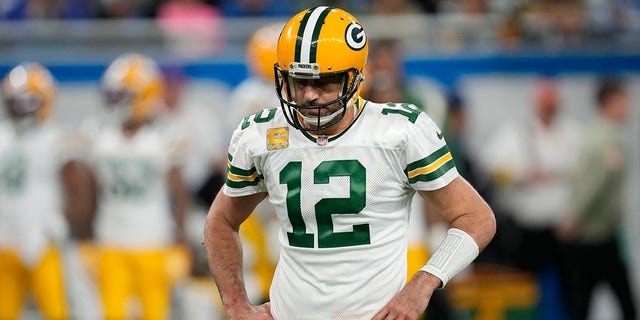 Green Bay Packers quarterback Aaron Rodgers walks to the sideline during the second half against the Detroit Lions, Nov. 6, 2022, in Detroit.
(AP Photo/Paul Sancya)

“I’ve been counted out many times in my life as have many of my teammates,” he said Sunday. “I hope we just dig deep and find a way. We will truly be underdogs for many games moving forward. Hopefully we can embrace that.”