NRL superstar Nathan Cleary is facing a five game ban after being charged by the match review committee.

Cleary will be banned for five matches if he takes the early guilty plea following the horror spear tackle that saw him sent off in the first half of Parramatta’s 34-10 win on Friday night.

He was issued a Grade Three Dangerous Throw offence.

The Panthers halfback was given his marching orders by referee Todd Smith for a shocking tackle that saw Dylan Brown tipped on his head inside the opening 20 minutes.

In the incident, Brown had almost come to a standstill. 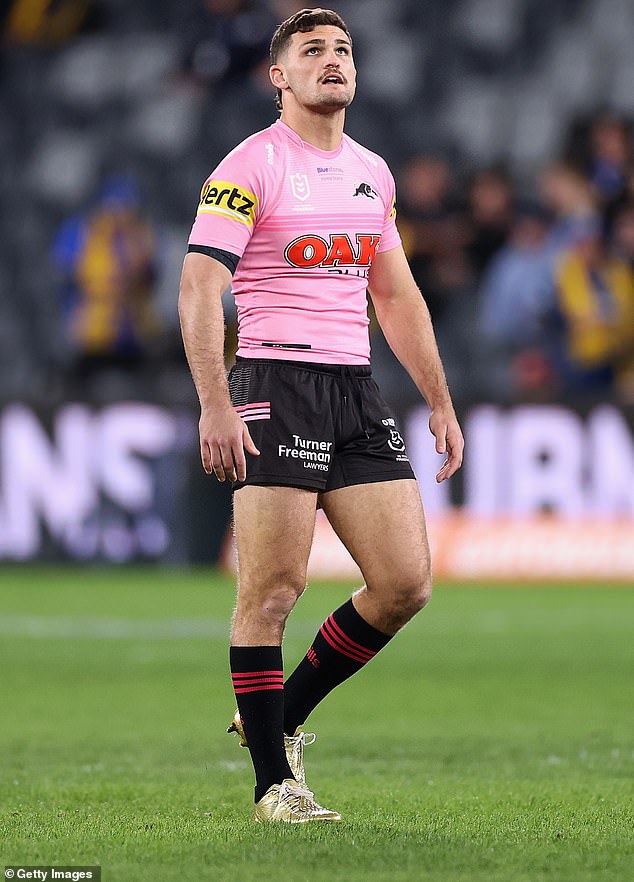 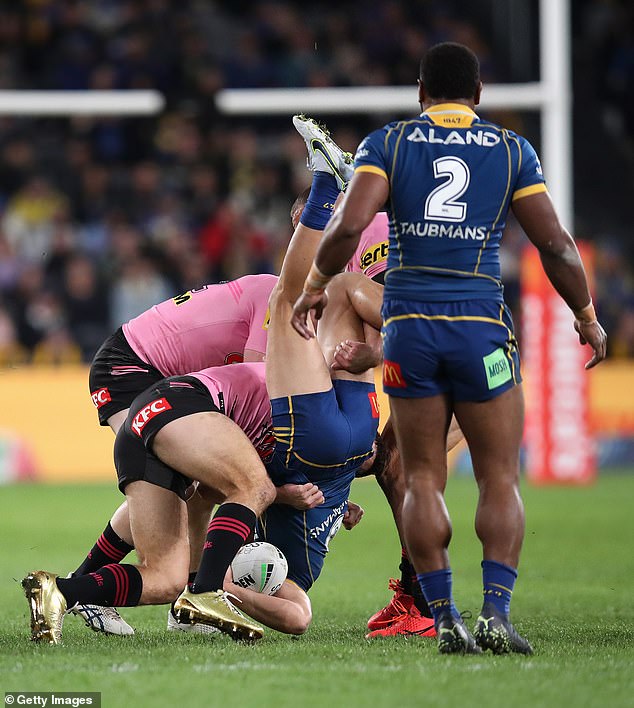 However, Cleary soon lost control of the tackle, lifting Brown over his horizontal and dumping him into the turf.

The Eels star escaped the sickening collision without anything more than a scare, before gingerly getting back to his feet.

Cleary looked visibly worried as Smith summoned him for a brief chat and the referee wasted no time in sending him off.

‘Hands in between the legs and you’ve driven him into the ground. You’re off,’ Smith said as the 24-year-old became the first Penrith player since Travis Burns in 2012 to be sent off in an NRL premiership game.

Cleary later apologised to Panthers fans on Instagram, stating he was ‘filthy for such a dumb mistake that let the boys down. ‘I’m not about that, it was terrible technique and I need to be better.’ 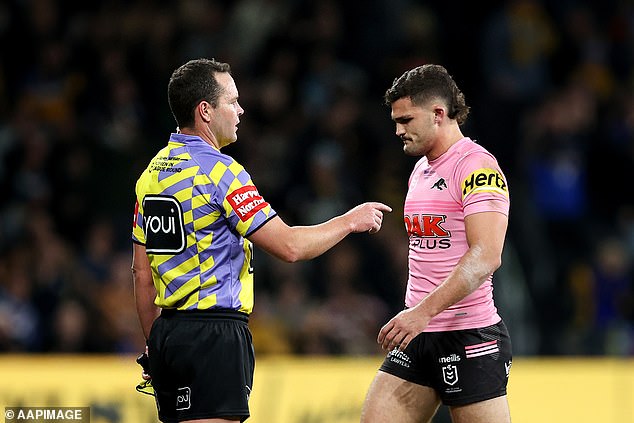 I thought the @PenrithPanthers and @_nathancleary were protected species? This should silence the haters. #pantherstowinthepremiership

Speaking on Fox League, former Queensland great Cooper Cronk said it was ‘hard to argue with the decision.’

Ladder leaders Penrith, who are one win from securing the minor premiership, face Canberra, Melbourne, South Sydney, the Warriors and North Queensland to round out their season.

Eels star Brown revealed Cleary hadn’t reached out to check on his welfare, which he found surprising given how dangerous the tackle was.

‘I haven’t seen him after the game. I know if I was to do a tackle like that, you’re worried about the player,’ Brown said.

‘When I got up, I didn’t know how bad it was because you don’t really know when you get tipped upside down.

‘You sit there and think ‘what happened’ but then you get up and realise you’re fine. I came out of it pretty lucky.’