Cruz can be seen in the footage compiled from 13 surveillance cameras shooting many of his victims at point-blank range, according to prosecutors. The video, which is silent, was not played for courtroom spectators.

In the compilation, Cruz can be seen returning to two classrooms to spray a second round of bullets at some victims who lay injured on the ground, killing them.

Many of the 12 jurors and 10 alternates held their hands to their faces as they watched the carnage on their screens. 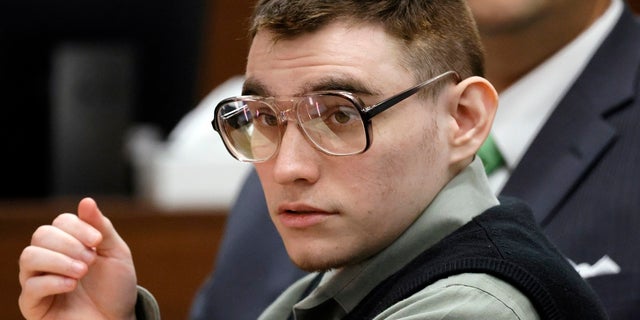 One juror looked from his screen then at Cruz, his eyes wide. Some panelists, clearly uncomfortable, twisted in their seats as the 15-minute recording was played.

Cruz, his head bowed, refused to look at the screen.

The video was introduced into evidence over the objection of Cruz’s lawyers, who argued that the footage was too prejudicial, and the witness statements were enough. 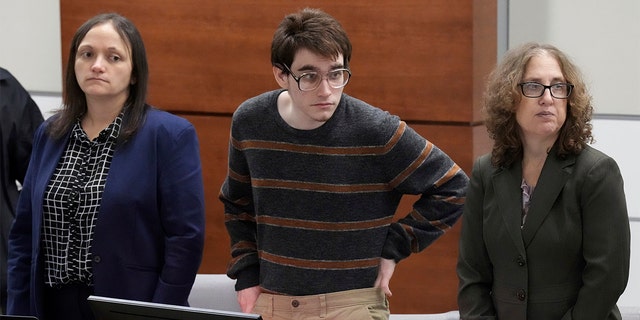 Marjory Stoneman Douglas High School shooter Nikolas Cruz tucks his sweater in while waiting for prospective jurors to enter the courtroom during jury pre-selection in the penalty phase of his trial at the Broward County Courthouse in Fort Lauderdale, Fla., on Tuesday, April 26, 2022.  (Amy Beth Bennett/South Florida Sun-Sentinel via AP, Pool)

It was the second day of the penalty trial to determine whether Cruz will be sentenced to death or to life without parole.

He pleaded guilty to 17 counts of first-degree murder in October for the Feb. 14, 2018, rampage that killed 14 students, a teacher, an athletic director and a coach.

The prior year, Cruz had been expelled from Stoneman Douglas. He returned with an AR-15. 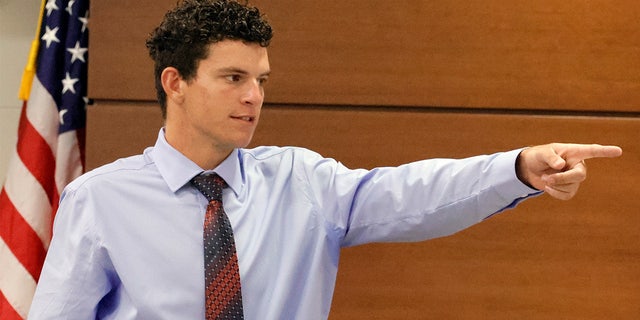 Then-freshman Christopher McKenna was the first person to encounter Cruz. He ran into him in the stairwell and testified that the gunman told him: “Get out of here. Things are about to get bad.” Seconds later, McKenna heard gunshots.

Jurors also heard from English teacher Dara Haas, who said Cruz fired through a window in the door of her classroom, killing three students and injuring several others.

“The sounds were loud and there were just a lot of them,” she said, as she wiped away tears with a tissue. “You could smell the sulfur from the guns and debris was flying across the room and the students were crying.”