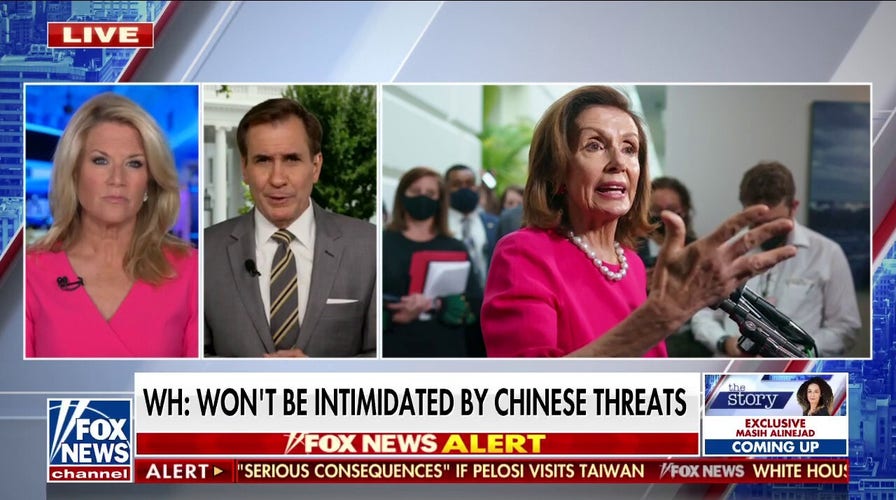 There’s no reason for China to make threats: Kirby

National Security Council coordinator for strategic communications John Kirby has the latest on the Chinese threat and the U.S. remaining brave on ‘The Story with Martha MacCallum.’

NSC’s John Kirby was pressed on claims he and other White House officials are trying to “placate” China rather than responding pointedly to threats toward House Speaker Nancy Pelosi’s potential visit to the republic Beijing claims a breakaway-province.

In response to his press back-and-forth moments before air, Fox’s Martha MacCallum asked if his rhetoric is essentially telling Americans “nothing to see here” and “everything is fine [and] the drama is coming from the media.”

MacCallum noted the U.S.S. Ronald Reagan strike group has been repositioning in the area and a commentator linked to Chinese state-run media suggested the plane carrying the woman second-in-line for the presidency be shot down.

“What we’re saying, Martha, is there’s no reason for China to make this an issue… There’s no reason for China to escalate the tensions because nothing has changed about America’s foreign policy when it comes to the One-China policy and support for Taiwan,” Kirby said, adding recent bellicose language from a Chinese government spokesman “conflated” Pelosi’s potential visit with actual violations of sovereignty. 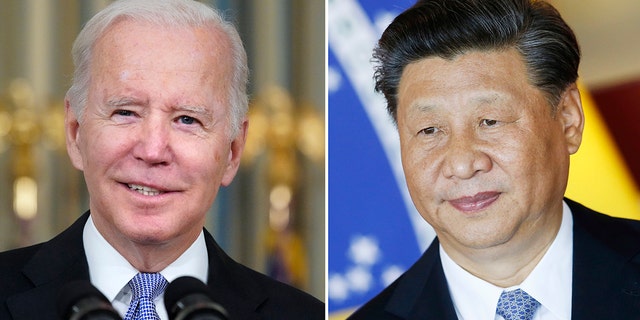 “Speakers of the House have gone before. Newt Gingrich did back in the 90s. And congressional leaders, including this year, have traveled to Taiwan,” Kirby added.

In response to international affairs expert Michael Pillsbury claiming Kirby is trying to “placate China,” Kirby responded he doesn’t know how Pillsbury could read his remarks that way.

“There was no ‘placating China’. I was simply stating policy. I was simply trying to take down the tensions, not to ramp them up,” Kirby said. 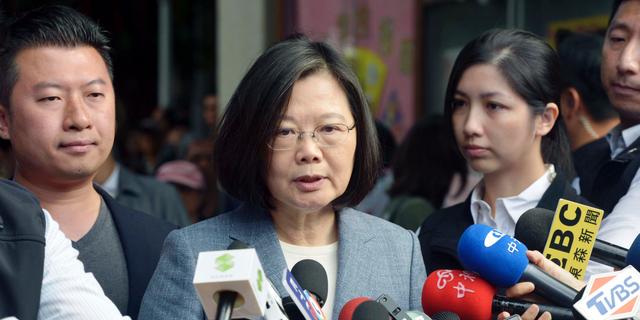 Kirby said the White House has treated Pelosi’s trip, which Monday included a meeting with Singaporean President Lee Hsien-Loong, as they do every other U.S. dignitary’s trip, offering content, analysis and pertinent information.

PELOSI SHOULD GO TO TAIWAN, BE FORCEFUL ON US COMMITMENT: DAN HOFFMAN

The retired admiral did however concede times have changed since the last Speaker of the House to visit Taiwan did so in 1997, which was when a CODEL led by Reps. Newt Gingrich, R-Ga., and John Conyers Jr., D-Mich., visited Taipei.

“When I said nothing has changed, I meant nothing’s changed about American policy, I wasn’t saying that there hasn’t been changes in the US-China bilateral relationship. Of course there has,” he said.

“We recognize that – what we’re saying is there’s no reason for them to behave in that way because there’s no threat from the United States.”