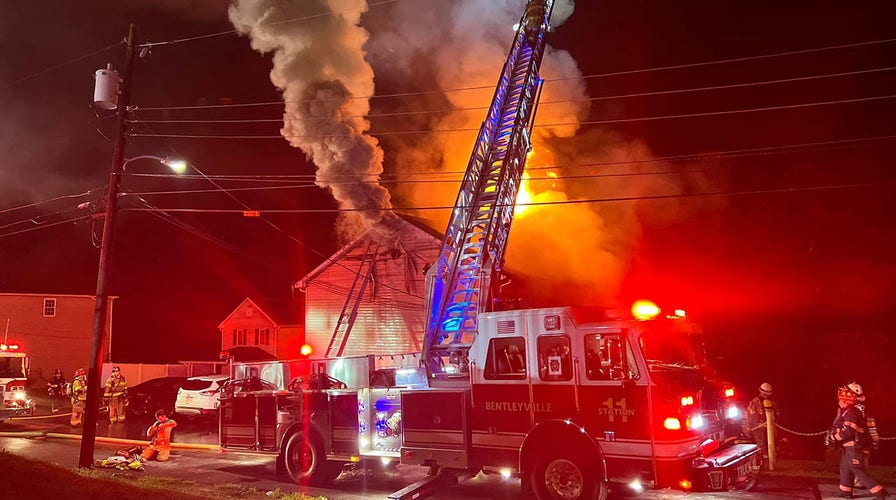 A quick-thinking Pennsylvania teen helped save his neighbors from a raging apartment fire early Tuesday by moving a trampoline underneath the windows so they could jump to safety, according to local reports.

The fire broke out just before 1 a.m. in Bentleyville and trapped multiple people inside, Bentleyville Fire-Rescue said.

Falon O’Regan, 17, jumped out a window to the burning building and without hesitation looked for a way to help those still trapped in the blaze, WPXI-TV reported.

“Me and Robert, my neighbor downstairs, had to move the trampoline from the side of the house to the three bedrooms on the last part of the house because they would’ve gotten hurt if we didn’t,” O’Regan told the station.

Those forced to jump out the windows were uneasy but told the station that they had no other choice. 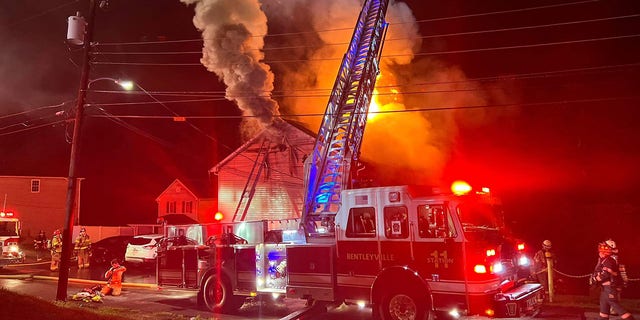 Firefighters responded just before 1 a.m. to an apartment fire in Bentleyville, Pennsylvania, on Tuesday. (Bentleyville Fire-Rescue)

One individual injured a leg and three others were treated for smoke inhalation, according to the report.

O’Regan’s mom, Becky Williams, described her son as a hero. 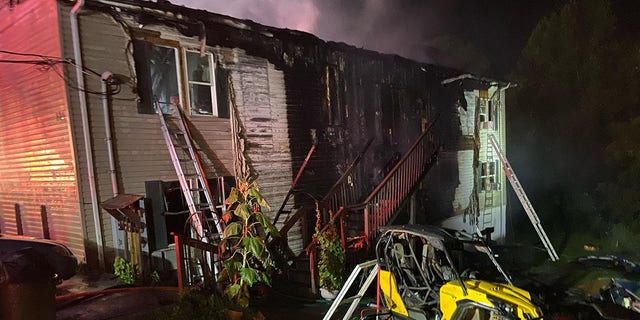 A quick-thinking 17-year-old, Falon O’Regan, jumped out of a window and pushed a trampoline under other windows to help those still trapped inside escape the flames. (Bentleyville Fire-Rescue)

“I’m proud of him. We’re suffering losses because we think we lost our cats. But he saved a lot of people today,” Williams said.

Fire officials said that 12 adults and six kids were displaced as a result of the blaze and were being helped by the Red Cross.

The cause of the fire was still under investigation.

Bentleyville is located about 30 miles south of Pittsburgh.