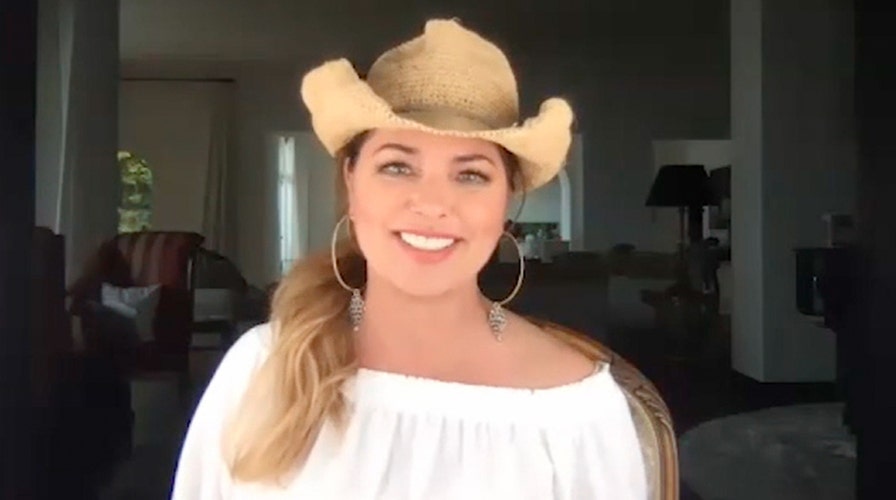 Shania Twain stormed the red carpet on Tuesday night wearing a see-through leopard print dress ahead of her music icon honors at the People’s Choice Awards.

Twain was joined by Olivia Wilde, Carrie Underwood, Heidi Klum and Carmen Electra as the stars shined ahead of the show at the Barker Hanger in Santa Monica, California.

The 57-year-old country music singer showed off her abs in the daring sheer Rodarte number which featured an animal print bandeau top paired with a matching long, hooded scarf, reminiscent of her “That Don’t Impress Me Much” days.

Twain’s bold ensemble was complete with a black velour skirt, which hugged her hips and draped down to the ground. 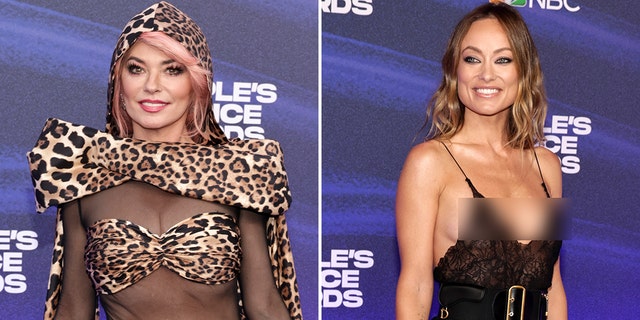 The “You’re Still the One” singer showed off cotton candy colored bangs to match her lipstick, only hours after announcing she extended her “Queen of Me Tour” throughout the entirety of 2023.

She cinched the gown at the waist with a massive black leather belt featuring a gold buckle, and wore a pair of towering heels to match.

Wilde reportedly split with Harry Styles last month after dating for almost three years. Styles is nominated for a host of awards, including Drama Movie Star of 2022, Male Artist of 2022, Song of 2022 and Album of 2022.

He’s also nominated for Concert Tour of 2022, and has been traveling the world performing sold out shows to support his “Harry’s House” catalog, and 2019’s “Fine Line.”